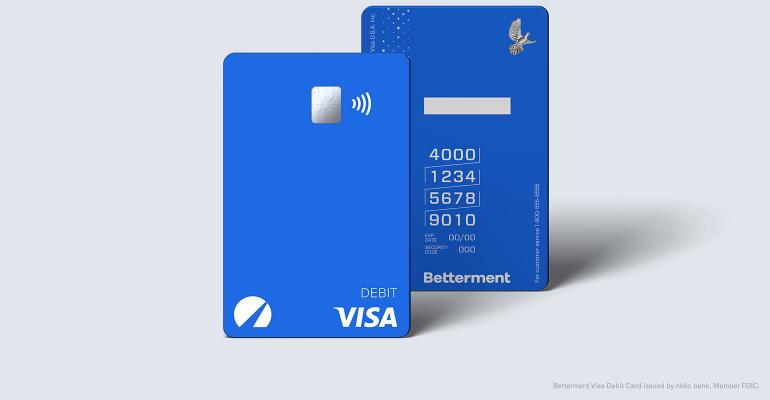 Betterment is the latest robo to introduce banking services to its wealth management clients, which includes those using Betterment for Advisors.

After nine years of simmering, Betterment is hoping to serve up the right recipe to bring wealth management and banking together. Today, the largest built-from-scratch automated advice platform or so-called robo is adding banking services to its offering. As it transitions from long-term passive investing to focusing on what the company calls “nearer-term goals” for investors, the automated investing platform announced it is launching Betterment Everyday, a cash management solution that includes FDIC-insured checking and savings products. For those advisors using Betterment For Advisors, they will be able to consolidate their clients' bank accounts and move funds between the investing and cash features, with client permission, shortening settlement times, among other benefits.

The savings product is available today, made possible by behind-the-scenes technology linking Betterment with partner banks, including Citi, Barclays, Valley National Bank, Seaside National Bank & Trust and Georgia Banking Company. The company is advertising an initial interest rate of 2.69% APY on its savings account balances, with no minimum balances and no withdrawal limits, according to the announcement. It is FDIC-insured up to $1 million.

Betterment is currently taking sign-ups for the checking product, with the feature’s full launch expected late this year or early next, according to Mike Reust, Betterment’s chief technology officer. If all goes as planned, however, he said the company hopes to begin moving customers on the waitlist into the checking product as early as September.

Unlike rival Wealthfront’s initial cash account launch earlier this year, investors moving funds between Betterment’s investing and cash accounts will not need to pass the money through an outside intermediary account, said Reust, eliminating friction that affected customers’ ability to move funds. Despite the obstacle it set up for its investors, Wealthfront’s high interest rates helped attract $1 billion a few months after it announced its product.

For now, the two rivals are in a race to provide checking accounts, with standard banking features like direct deposits and bill pay, to its customers. A Wealthfront spokesperson declined to provide details on the timing of its debit card offering or direct deposit support, but the company told CNBC earlier this year it planned to launch those products by the end of 2019.

When Betterment launches its checking feature, which it is working on with National Bank of Kansas City, it plans to issue a Visa debit card, will reimburse all ATM fees and offer unlimited ATM access worldwide, in “practical terms,” said Reust. He explained that the company didn’t want any “material limitations” but wanted to protect itself from “gamification,” so it could impose a cap of perhaps $100 for ATM fee reimbursement. Instead of waiting until the end of the month for those funds to be credited, Betterment hopes to provide reimbursements “fairly immediately” in the “same day, next day” time frame. 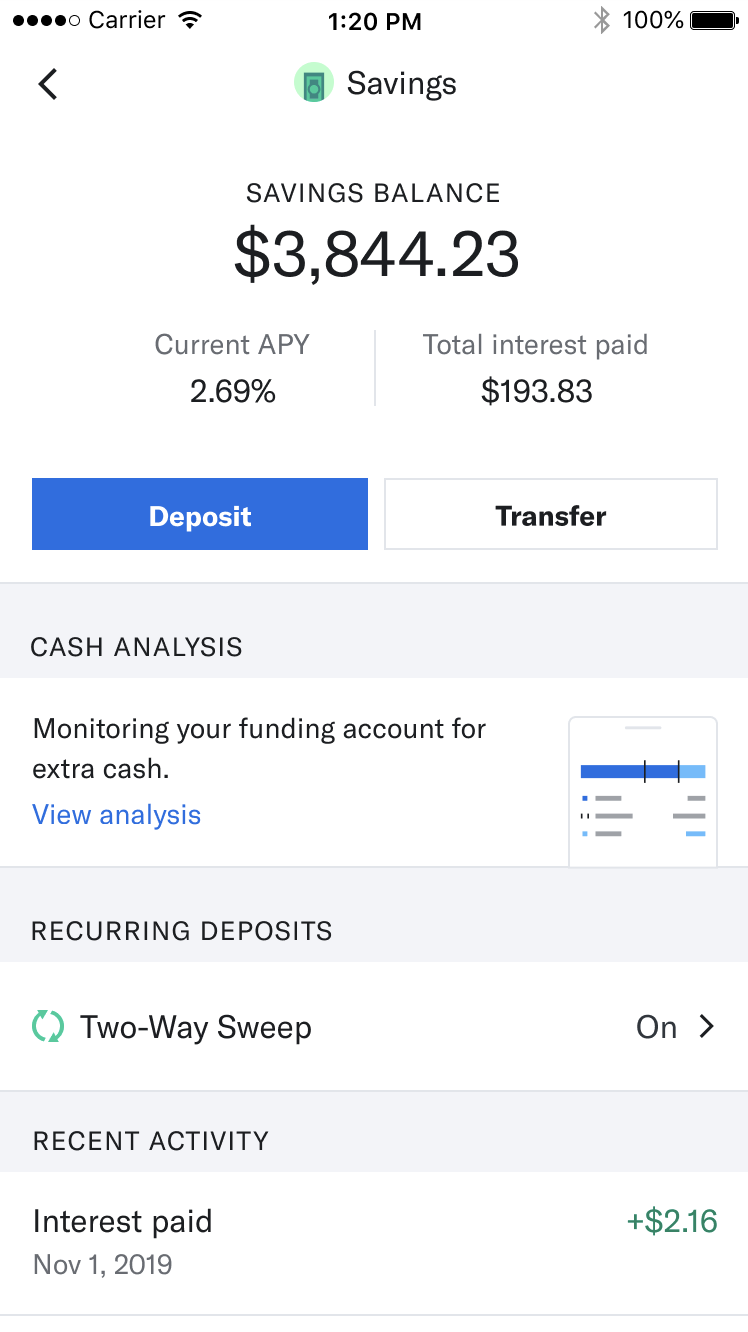 Betterment won’t be charging foreign currency conversion fees, Reust said, but it is still working on those details with its partner intermediaries. “That's the last mile that we're working on,” he observed. “It gets complicated.”

For advisors, the announcement is another sign that cash is an advising opportunity and that technology has advanced to a point where it’s easier than ever for consumers to move money electronically and earmark it for different purposes. Investing app Qapital was one of the first automated investing products to capitalize on this movement last year, with Wealthfront unveiling its cash product a few months later. The Carson Group has also identified banking as key to its future growth.

Betterment’s move into banking is a response to customer demand, said Reust, and informed in part by a conservative approach to stock market highs. “Even though markets are at reasonable highs and even some all-time highs, it's been a pretty bumpy road to get there. People are generally anxious to keep their safety net in a low-risk investment portfolio,” he explained. “Betterment has traditionally been a long-term investing platform focused on retirement and longer-term goals.” But the strategy of the company, he said, has been to move “into nearer- and nearer-term goals.”

“We've always been marching towards shorter-term cash, and part of that just takes time,” he continued. The firm waited to expand from its initial long-term investing focus into shorter-term investing because it now has “the resources and time to invest in more adjacent verticals.” Betterment explicitly chose to offer banking services over insurance, mortgages or other lending products because of consumer demand for cash solutions, said Reust.

The new features are also a warning to “most custodians” that it’s unacceptable to let cash “languish” in a low- or zero-rate interest rate cash product, added Reust. “I don't want to pick on specific custodians, but effectively most custodians that most advisors would be using will be doing just that: letting that money sit there and languish and lose to inflation,” he said. “In a world where it's possible to get 2.69% in Betterment [Everyday] Savings, that's pretty silly.”

Advisors “should be getting the best rate possible for the cash their clients—their advisees—are holding, because otherwise you're not doing the best thing for your clients,” he added.

Advisors will also benefit from shorter settlement times and can suggest consolidating outside checking and savings accounts into one place, said Arielle Sobel, a spokesperson for the company. "Advisors are pretty jazzed about it," she said. With client permission, they'll be able to move funds between the three features (savings, checking and investing) and won't have to deal with lags in timing as funds move from outside sources into the investment account.

Given all the industry attention on “financial wellness” at the moment, Betterment’s move is in line with trends, said Dennis Gallant, senior analyst for Aite Group’s wealth management division. “It makes sense. I can see why they’ve done it,” he said. The question remains whether the provision of banking services brings in new customers or serves as a value-add for existing customers, he noted. “Will it be a driver to bring in new business growth?”

“It’s a competitive space,” he added. “If they don’t get into this business, every one of their competitors are. You’re seeing this integration of banking and wealth management services. It’s picking up momentum and it’s going to expand over the next several years.”