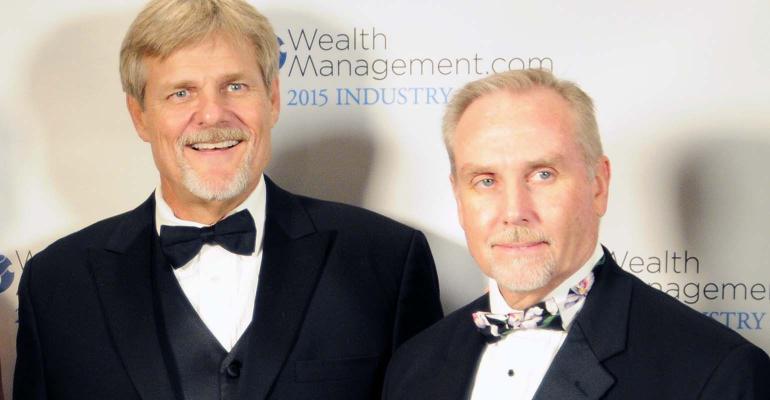 Golding was co-creator of the venerable Junxure customer relationship management software with his longtime friend and collaborator Greg Friedman. The software’s first iteration rolled out in 1994 to help Friedman streamline operations at his growing RIA firm.

The two later formed CRM Software Inc. in 2001, which continued development of the software for use in the advisory market with Friedman as president and Golding as lead developer of the company (the business itself was later rebranded to Junxure).

The software company was separate from Friedman’s advisory firm, then called Friedman and Associates (his advisory business later rebranded to Private Ocean and was acquired by Wealthspire in 2021).

The software was specifically created to address the needs of growing RIA firms, something Friedman regarded as unavailable to independent financial advisors at the time it was created in the 1990s.

By February 2008 when version 7 of the application was released, more than 6,000 advisors and 1,100 RIA firms had become users of the popular software. In 2012 Financial Planning and InvestmentNews, in their surveys of thousands of advisors, pegged the firm’s CRM market share at 14% and 20%, respectively.

The software also won several awards over the years, including multiple Wealth Management Industry Awards, where Friedman was also named CEO of the year in 2018.

Junxure proved popular not only with advisors but also with third-party technology providers, garnering literally hundreds of integrations, including every major custodian and many other independent software providers.

The software also changed ownership on more than one occasion, eventually being acquired in 2018 by AdvisorEngine, which in turn was acquired by Franklin Templeton in 2020. AdvisorEngine retired the Junxure brand after an almost 30-year run in January 2022 following a rebuild and redesign of the application as a fully cloud-based technology.

Among numerous other contributions, Golding was a founding principal of Your Silver Bullet LLC in 2007, which was a grassroots organization founded to bring data standards to the advisory technology industry and support integrations between its participants.

After completion of Junxure's sale, Golding continued for a few years as a technology consultant for the software. In recent years he devoted more of his time to pursuing his interest as a real estate investor and became a real estate agent in 2015. He had also been at work developing real estate–specific software as well. Golding was a veteran, having served in the U.S. Navy, where he started his technology career. He is survived by his wife, Shirley, and two sons.