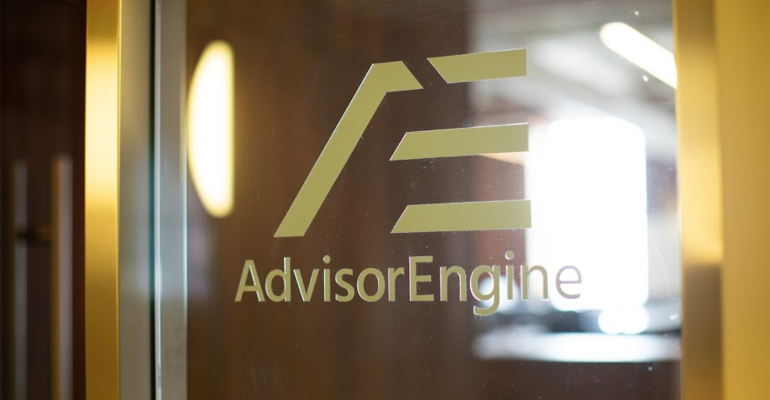 AdvisorEngine is retiring the Junxure brand as it renames its overhauled CRM.

AdvisorEngine is dropping the Junxure brand from its cloud-based client relationship management tool, renaming the system as AdvisorEngine CRM, according to an announcement. Additionally, the open-architecture CRM received upgrades like new prospecting and editing features, as well as fixes that will see some pages load in a tenth of the time they used to take.

This “key milestone” for the Junxure brand, which was first launched 28 years ago in 1994, marks the culmination of a four-year process that began with AdvisorEngine’s acquisition of Junxure in 2018, said CEO Rich Cancro. The acquisition alone cost $30 million, and Cancro declined to provide figures around how much money and effort AdvisorEngine had invested into the multiyear overhaul.

Almost immediately after the acquisition, AdvisorEngine began building an AWS cloud-based version of the software. That work concluded in late 2019. By mid-2020, redesigning the look and feel of the tool began in earnest. Today's improvements, including the rebranding, began around the same time and were telegraphed early last year when Junxure completed a long-awaited integration with Charles Schwab.

Just like it did with Junxure, AdvisorEngine will make its rebranded CRM available as a stand-alone product, priced per user, according to the announcement. The firm declined to disclose the number of users on the CRM platform or how many of them remain from before the 2018 acquisition.

The desktop legacy version of the software is still being maintained from a security and operational standpoint, but users wanting the latest integrations or the speed of cloud-based improvements will need to switch systems, according to Suleman Din, advisor intelligence lead at AdvisorEngine.

All integrations provided within the cloud-based version of Junxure will be available and maintained, said Craig Ramsey, chief operating officer at AdvisorEngine. “Our roadmap includes adding additional integration partners and going deeper with existing integrations,” he added.

AdvisorEngine CRM users will benefit from “an entirely new technology foundation” and a “modern architecture,” for the rebranded CRM, which will support “zero downtime deployments,” according to Raj Madan, chief information officer at the firm. Part of that foundation is making the software “cloud-native,” which will improve page load speed and the tool’s ability to scale.

Now that the CRM’s major renovations are completed, advisors can expect monthly releases of new features and maintenance, inspired by client suggestions and feedback. “We are proud to harness the best of Junxure and move it forward as AdvisorEngine CRM,” said Ramsey.