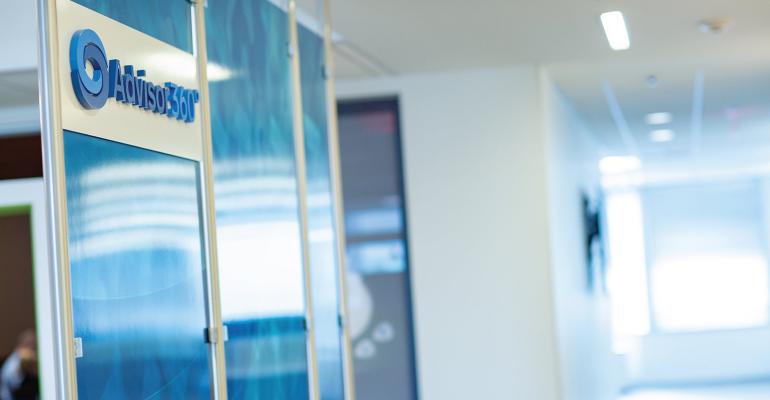 Hoping to make it simpler for advisors to onboard, Advisor360 is launching new software bundles for enterprises.

Software developer Advisor360° is overhauling the way it’s selling its technology. The Commonwealth Financial Network spin-off is creating software bundles as it seeks to speed up onboarding for interested enterprise clients, WealthManagement.com has learned. The revamped offering will be available Wednesday.

Reorganizing its offering into software bundles is designed to make switching to Advisor360° an easier task, said Darren Tedesco, president and co-founder of the firm. Interested enterprises will be able to choose from an “Essentials bundle,” an “Extended bundle” and an “Enterprise bundle.”

The “Essentials” package provides access to the firm’s portfolio management platform and workflow and analytics management system, giving advisors a portal that includes insurance, consolidated reporting and practice level analytics. The “Extended” package builds on those offerings, by adding on a client portal and trading, modeling, rebalancing and proposal generation. The “Enterprise” package includes all of the “Extended” package, with the addition of home offices tools, compliance software, digital onboarding and case management features.

Not only does bundling lend itself to different pricing points, which are still being determined, it makes it easier for advisors to use the tools provided by Advisor360°. “It’s a smaller training lift,” Tedesco said. “It helps with the conversion into the platform.”

“It's important to help people get into our platform sooner,” he added. “One of the big pain points we're hearing from the broker/dealers we're talking with, is they have got this disjointed experience and time is not on their side. They're woefully behind in one way, shape or form, … Their advisors are frustrated.”

The new software packages come as the firm is adding dozens of employees to its research and development division, according to Tedesco, even as Commonwealth Financial Network and Massachusetts Mutual Life Insurance Company remain the only two enterprises using the firm.

Many of those new employees are helping execute a software “refresh,” which is expected to improve the advisor and client experiences and is scheduled for completion by the end of June 2022, said Tedesco.

The overhaul will mean a “completely new advisor experience” for users, he said. “There's no such thing as completed software.”

The developer has also fallen behind schedule on the goals- and cash flow-based financial planning it projected it would roll out by the beginning of the fall. While currently in its pilot phase, the planning software is expected to be finalized by the end of the month.

For most advisors, the new planning software will meet their needs, said Tedesco. But advisors needing to engage in complex estate planning will need to utilize Advisor360°’s integrations with Envestnet | MoneyGuide and RightCapital. The firm plans to add an eMoney Advisor integration next year.

With a new approach to the firm’s software and improvements scheduled for implementation, one thing remains the same for Tedesco. “My focus is on the enterprise,” he said. “It's who we serve. We want to enable them, as opposed to compete with them.”