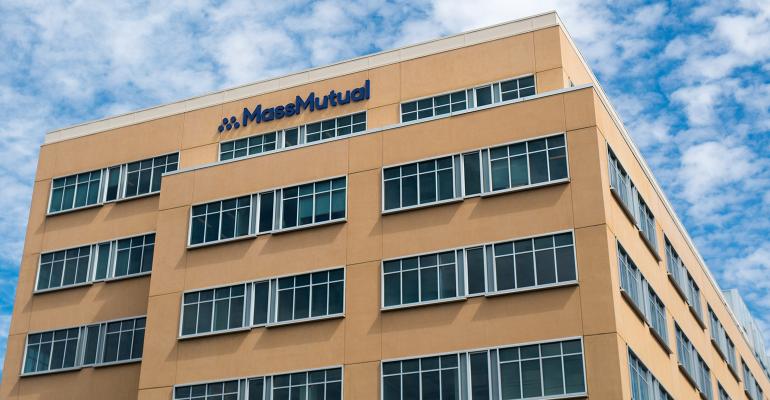 MassMutual and Advisor360 announced plans to deploy the latter's software to thousands of advisors back in 2019. That moment has officially arrived.

More than two years ago, Massachusetts Mutual Life Insurance Company announced it would be licensing Advisor360°’s software for the use of its thousands of advisors. After months of smoothing out back office workflows, improving the software’s insurance processing capabilities and detangling required after Advisor360°’s April 2019 spinoff from Commonwealth Financial Network, MassMutual is introducing the software to over 7,500 advisors and their staff Monday.

The MassMutual-tailored instance of the Advisor360° platform includes a portfolio management platform component, called Client360°, a workflow and analytics management system, called Practice360° and the flagship client portal, called Investor360°. Within the software are both goals-based and cash flow-based financial planning tools, which are expected to launch before the end of the summer, according to Darren Tedesco, president at Advisor360°.

MassMutual joins Commonwealth itself as the second client to use the enterprise-focused modular software, which now totals 22,000 users, between advisors, staff and home offices, said Tedesco.

Executives at MassMutual are most excited for advisors to begin performing “1-click” portfolio reviews of their clients, said John Vaccaro, head of MassMutual financial advisors. The capability leverages the data integrations across the software’s CRM, financial planning feature, performance reporting, compliance and more, aggregating and compiling an electronic report for delivery in the client portal, or as a PDF that can be printed or shared electronically. The advisor-branded holdings and performance report is a capability that’s also available to Commonwealth advisors.

“We believe that Advisor360° will be our advisor platform of choice for many years to come,” Vaccaro said. “MassMutual worked with Advisor360° to significantly add and enhance insurance processing capabilities, provide access to additional insurance information and provide single sign-in to other applications utilized by our advisors. The system provides a unified, holistic experience.”

“All the plumbing work is done,” he explained. “Is it going to take 18 months to onboard every new client? The answer is ‘no.’”

Advisors at MassMutual will find the new system, which was officially deployed in late May, to be worth the wait, said Vaccaro. MassMutual advisors used to spend days compiling reports for client reviews, encumbered with manual systems and outdated technology, according to the announcement. Over the past two years of development, MassMutual has emerged with a “tightly integrated” network of “back office systems, data and front-end workflows.” 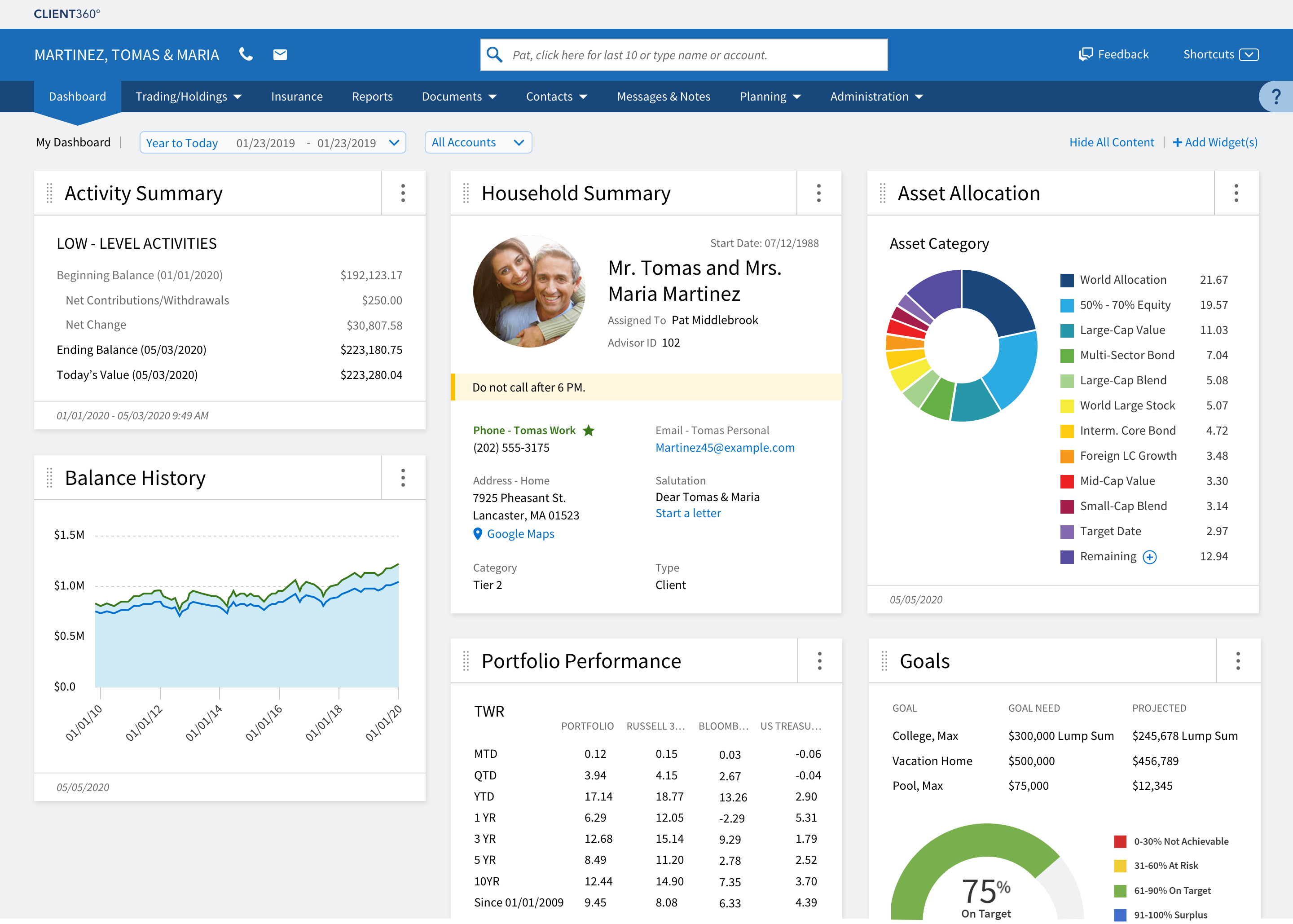 The Advisor’s complete view of the client/household, called Client360°.

MassMutual advisors should expect to spend a lot of their time in the household view, where they can see and edit insurance, track goals, input information into the CRM and execute trades, said Tedesco. “It is our most used feature by a factor of 10.”

With the spinoff and the launch of a new client behind it, Advisor360° is in talks to add more enterprise clients, according to Tedesco, noting that firms with less than 500 users are probably not a good fit for the software provider.

“We’re not going after individual RIAs,” he said. “We understand it is a growing market, but we’re going after enterprises. We’re an enabler shop: we're enabling people to run businesses the way that they want to run their businesses.”