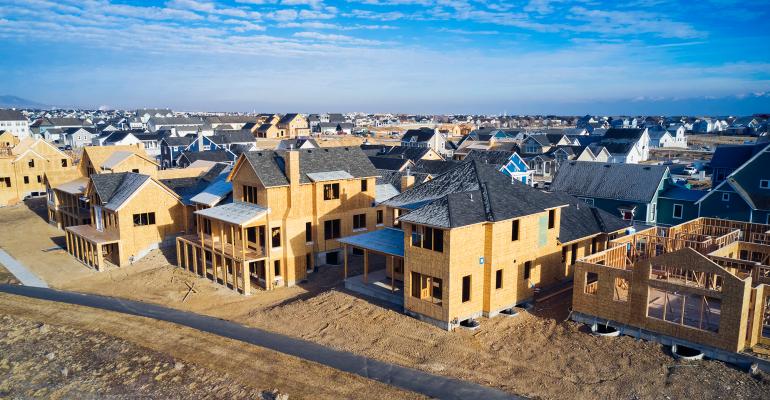 New home purchases rose by 11.9 percent in December compared to a month earlier, to an 811,000 annualized pace.

(Bloomberg)—Sales of new U.S. homes rose in December to a nine-month high, indicating firmer demand at the end of 2021 despite high prices and still-limited inventory.

Purchases rose 11.9% from a month earlier to an 811,000 annualized pace, government data showed Wednesday. The median estimate in a Bloomberg survey of economists called for a 760,000 rate, and the December level exceeded all but one forecast.

An increase in the number of completed homes over the last two months and prospects of higher interest rates this year as the Federal Reserve tightens monetary policy may have encouraged a pickup in contract signings.

Even so, a separate report from the Conference Board on Tuesday showed home-buying plans over the next six months rose to a record high.

The new-home sales report, produced by the Census Bureau and the Department of Housing and Urban Development, showed the median sales price of a new home climbed 3.4% from a year earlier to $377,700.

At the end of December, there were 403,000 new homes for sale, up slightly from a month earlier. At the current sales pace, it would take 6 months to exhaust the supply of new homes, compared with 3.8 months a year ago.

Of the homes sold last month, construction on 231,000 had yet to be started, the most since May. Already completed homes rose to a three-month high of 187,000. The number of properties sold and currently under construction climbed in December to an 11-month high.

Sales rose in all regions but the Northeast. Purchases in the West were the strongest since January of last year, while sales in the South climbed to an eight-month high.

Separate data last week showed that existing home sales, which make up 90% of home purchases, dropped in December for the first time in four months, driven by limited inventory.

New-home purchases account for about 10% of the market and are calculated when contracts are signed. The new-homes data are volatile; the report showed 90% confidence that the change in sales ranged from an 8.4% decline to a 32.2% increase.

--With assistance from Reade Pickert and Kristy Scheuble.