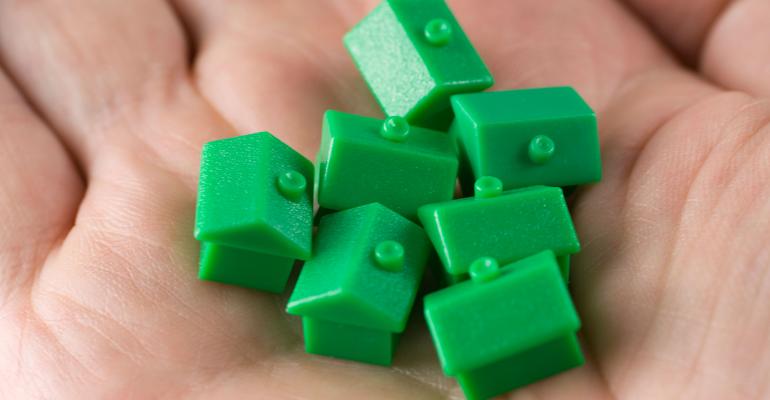 Enticed by rapidly increasing rents in the sector, investors have accounted for more than one-quarter of all single-family home sales in recent months.

Investors are increasingly crowding out traditional single-family home buyers in recent months. And with private equity funds, REITS and other buyers tempted by the rapidly increasing rents on the sector, the demand is not expected to dampen any time soon even as home prices themselves also continue to rise.

Investors bought roughly a quarter of the single-family houses sold in the fourth quarter of 2021, according to preliminary data from CoreLogic. That’s on par with September 2021, when investors bought more than a quarter (26.2 percent) of the single-family houses sold. (CoreLogic defines an SFR investor as an individual or company who owned three or more properties simultaneously within the past 10 years, according to CoreLogic’s analysis of public data, or has a corporate or non-individual identifier on the deed.)

The share of single-family houses bought by investors has been steadily increasing since the first large portfolios of rental homes were assembled in the wake of the Great Financial Crisis. Prior to that, rental homes were typically owned by individual investors. The costs of amassing and managing a portfolio of rental homes made it an unattractive option. But regulatory changes and new technologies have eliminated those hurdles and opened the floodgates to larger players.

Related: What Does Zillow’s iBuying Failure Mean for SFR Investors?

The share of houses bought be investors gradually increased in after 2008 and reached a pre-pandemic high of 16.8 percent in 2018. That share briefly dropped to 15.5 percent in 2019.

For a moment, many investors paused acquisitions of single-family houses as prices rose and rents stabilized. The amount of owner-occupied housing in the U.S. increased almost 10 percent over the last five years, while the amount of rental housing has decreased by nearly 1 percent, according to the National Rental Home Council (NRHC).

But starting in early 2021, rents on single-family homes started jumping quickly, drawing investors back in and the increases have continued to grow.

Rents for single-family houses in December 2021 were up 12 percent compared to the year before, according to the CoreLogic Single-Family Rent Index. (CoreLogic’s index measures changes at the same rental homes in repeated rental on multiple listing services, including condominiums.)

That’s much better than the slowest rate of annual rent growth earlier in the pandemic—though rents for these properties never stopped rising on an annual basis.

And the speed at which rents are growing keeps getting faster. The increase in December is the biggest year-over-year in the 16-year history of the index. It’s the ninth month in a row that the CoreLogic index showed a record-breaking growth rate, says Boesel.

Cap rates for single-family rental houses averaged 5.3 percent in the fourth quarter of 2021, down 50 basis points from the year before, according to Chandan Economics. Chandan based its cap rates on model estimates and a sample pool of recent loans to rental houses.

“SFR cap rates have fallen for four consecutive quarters after marginal increases in 2020,” according to research from Arbor.

Average cap rates on rental houses dropped even though long-term interest rates like the benchmark yield on 10-year Treasury bonds grew over the same period. Cap rates for rental houses have fallen more or less steadily since 2015, when they averaged over 7 percent, according to Arbor.

In January, Harrison Street and Core Spaces entered into a $1.5 billion joint-venture to build communities of new single-family rental houses in cities like Austin, Denver, Nashville and a handful of other cities.