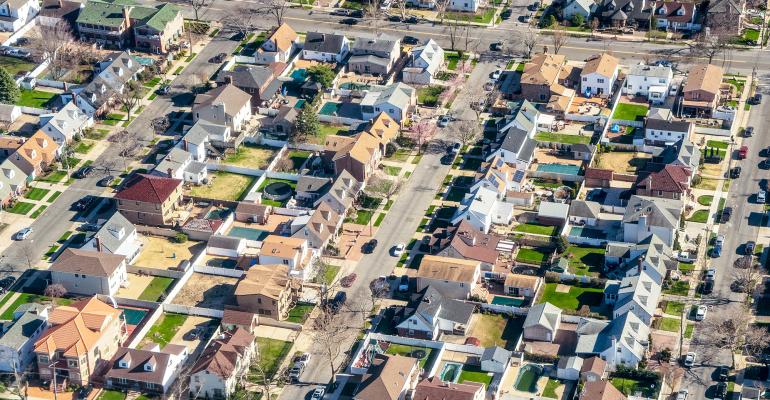 Fewer baby boomers are looking to downsize, and that’s compounding an inventory crunch.

(Bloomberg)—Janet Siegel planned to sell her Long Island house in 2020 -- that was before her adult sons moved in to ride out New York City’s lockdown. She’s not listing the place anytime soon, despite frenzied buyer demand at unheard-of prices.

“They’re telling me the market’s crazy,” said Siegel, 60. “But I’m not throwing my children out.”

So fewer baby boomers are looking to downsize, and that’s compounding the inventory crunch in New York’s suburbs, where listings have sunk to 20-year lows.

“The supply has just dwindled to nothing,” said Joanne Shapse, a broker with Houlihan Lawrence in Westchester County. “Any home that does list is going to get multiple offers.”

Shapse’s client, Addie Backlund, was preparing to put her Ardsley house on the market after her husband took a new job in the Boston area. He lived briefly in a corporate apartment there but then returned home to work remotely. Their son, a recent college graduate, is with them.

The three-bedroom house, with its kidney-shaped pool, was hours away from being listed last March for $949,500 when Backlund called it off. She thought it would be a temporary delay, long enough to emerge from lockdown, and maybe raise the price in the face of relentless demand. But as time passed, the idea of relocating seemed unappealing -- and even unnecessary.

“It became an oasis,” Backlund said of the property, where she took up gardening in the backyard. “We were enjoying it like we hadn’t in years.”

While the pandemic unleashed a homebuying frenzy, longtime owners are increasingly staying put. A 2020 study by brokerage Redfin Corp. showed a record 25% of U.S. homeowners have lived in the same house for more than 20 years, up from 14.3% in 2010.

The tally is even higher in some of the New York area’s most in-demand suburbs, where more than half the homes are owned by people age 55 and over. In the two counties that make up Long Island, 35% of owners had been in place for longer than 20 years, up from 20% a decade ago, Redfin said. In New Jersey suburban areas that include Essex, Union and Morris counties, the share was 31%.

That’s translating into an inventory drought across the region, giving home shoppers little to buy.

Listings for Westchester houses plunged 41% last month from a year earlier to just 380, according to Miller Samuel Inc. and Douglas Elliman Real Estate. They tumbled 64% in Fairfield County, Connecticut, and 30% in the Long Island towns closest to the city.

“The pandemic has changed the market forever,” said Priscilla Holloway, the Douglas Elliman broker working with Siegel. “Family members have been forced back to Mom and Dad’s house or back to their daughter’s house, so those households might need more space.”

Siegel’s three-bedroom Westhampton Beach house had been a weekend retreat for a decade, and just an hour’s drive from the condo she lives in full-time. She tried selling it at $750,000 two years ago, in hopes of using the money to travel.

She was all set to try again last year at a lower asking price, but instead kept it as a place for her oldest son, his wife and toddler to live away from New York City’s virus epicenter. Her youngest son, who lives in Queens and is studying to become a physician’s assistant, also stayed for a while.

While Siegel suspects she’d have no problem getting her higher asking price today, she’s not in a rush to cash in.

“For me, it’s been great because I get to spend more time with them than ever before,” she said. “We’re fortunate that we’re able to provide them with someplace to be.”