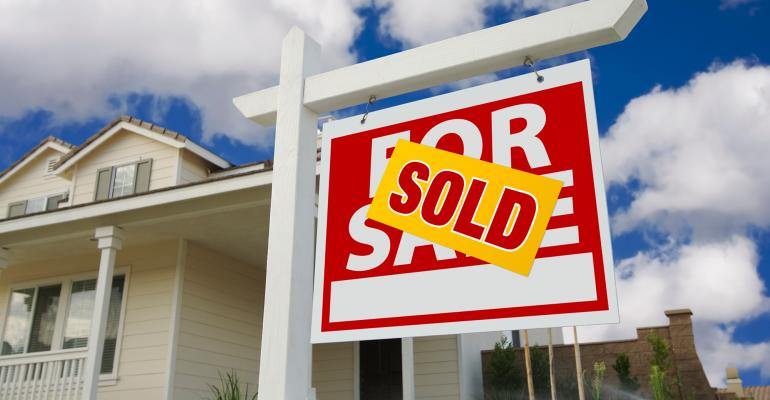 (Bloomberg)—Single-family landlords eager to profit from soaring rents in the U.S. have stepped up their purchases of houses.

Deals by investors -- including a smaller portion of flippers -- helped push up prices more than 20% on average, squeezing out normal buyers, according to an analysis by Mark Zandi, chief economist for Moody’s Analytics. Investors accounted for 26% of single-family purchases in the third quarter, up from 15% a year earlier, the study shows.

The cities with the biggest surges in investor buying -- Atlanta; Jacksonville, Florida; Phoenix; Charlotte, North Carolina; and Las Vegas -- have also had some of the biggest price gains, said Zandi, whose analysis included data from CoreLogic.

Investors from mom-and-pop landlords to Wall Street firms are rushing to buy houses that can command premium rents. They’re chasing the same affordable properties that first-time buyers dependent on mortgages are also competing for. And in a market starved of inventory, cash wins.

“Purchases by typical buyers have not risen appreciably,” Zandi said. “But it has risen a lot for investors. The biggest increase is for large investors.”

Deals by institutional investors tripled from a year earlier to 97,684 in the third quarter, according to Zandi. Traditional buyer purchases fell slightly to 1.14 million. A third of the investor purchases involved flippers, down from a half a year earlier.

If investors lose interest, the housing market in areas where they were most active would be vulnerable to price declines, Zandi said. Already, mortgage rates are beginning to rise, making homes more unaffordable for typical buyers.

“This is not a healthy market,” he said. “It feels like it is getting very stretched. Investors will buy until it no longer pencils out. Then what happens with prices?”