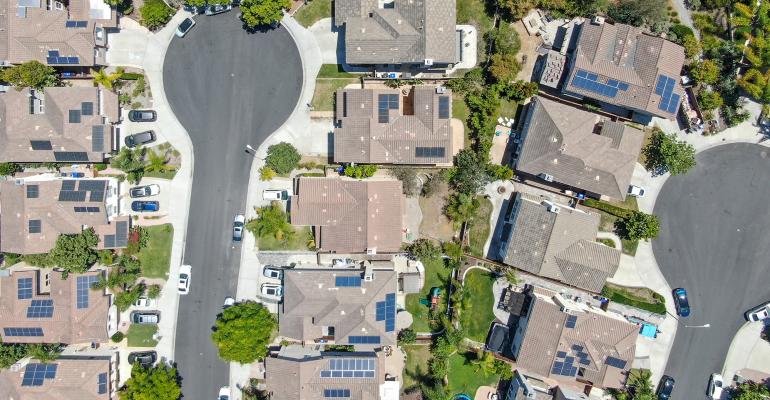 Homes priced between $800,000 and $1 million saw the highest rate of bidding wars in December, according to Redfin data.

(Bloomberg)—Home buyers willing to spend almost a $1 million are competing the most for a piece of the red-hot U.S. housing market.

“Buyers should anticipate that they may not win a house until their sixth or seventh bid,” Candace Evans, a Redfin team manager in New York, said in a statement. “If you’re the type of person who falls in love with a house, this is not your market.”

Salt Lake City had the highest bidding-war rate of 37 U.S. metropolitan areas analyzed, with 74% of offers facing competition in December, the firm said. Tucson had a 73.1% bidding-war rate and followed by 71.1% for San Diego.

Prospective buyers are competing for homes as relatively cheap mortgage rates and a proliferation of remote-working opportunities in the wake of the Covid-19 pandemic boost demand for homes in smaller cities. The number of available homes in several of the hottest markets continue to shrink.

It wasn’t only pricey homes for which bidding wars were a factor in December. More than 55% of offers for homes priced between $200,000 and $800,000 also faced competition, Redfin said.

Nearly 60% of home offers written by Redfin agents across the U.S. faced competing bids in December, the firm said. It was the lowest rate in 12 months but an increase from 54% in December 2020 as pandemic-driven demand for housing remains strong.

Vacation homes, which are often pricey and have increased in popularity due to Covid-19, may have contributed to bidding wars in the high-end market, Redfin said. Townhouses had a bidding-war rate of 62% followed by 61.3% for single-family homes, the firm said.

To contact the author of this story: Allison McNeely in New York at [email protected]