/sites/all/themes/penton_subtheme_wealthmanagement/images/logos/footer.png
Recent
Recent
Workers Worried Retailers Ditching Masks on Vaccine Honor System
May 17, 2021
That New Hybrid Office May Not Be as Flexible as You Hoped For
May 17, 2021
JPMorgan Reopens Offices Across U.S. as Pressure Grows on Rivals
May 17, 2021
Ongoing Housing Affordability Crisis Offers Up Timely Investment Opportunity
May 17, 2021
Featured
Poll: 15 Classic Books on Investing and the Markets
Apr 03, 2020
Fifteen Must-Listen Business Podcasts for Advisors
Aug 14, 2020
25 U.S. Markets Adding the Most Multifamily Units This Year
Feb 03, 2021
The Top Colleges for Financial Planning
Oct 03, 2019 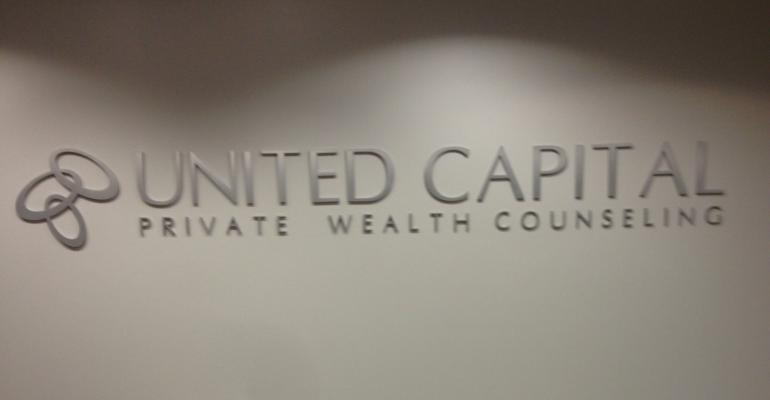 United Capital Financial Advisers has recruited a 23-person team managing $2 billion in assets, the firm’s largest onboarding since its founding in 2005. The team, based in Denver, Scottsdale, Ariz., and Tucson, Ariz., was formerly with Capital Investment Counsel, a registered investment advisor purchased by Compass Bank in 2007.

The deal is part of United Capital’s new strategy of growing through recruitment, rather than relying on acquisitions. In the first seven years of the firm’s existence, the majority of its growth came from acquisitions. The firm has completed more than 70 deals over the last 10 years. Matt Brinker, senior vice president of partner development and acquisitions at United Capital, says the firm plans to be out of the serial acquisition business in two years.

“This is sort of emblematic of what I think these opportunities are going to look like, where they’re of size, there’s not a transaction, and the choices that advisors are making is getting on a bigger boat to allow them to be more competitive,” Brinker said.

Brinker believes that as competition in the RIA industry heats up, United Capital will recruit more of these large teams looking to partner up.

“They were in the position to evaluate going and starting their own RIA, selling their business or being part of an aggregator; they had the wirehouse opportunity,” Brinker said. “It’s validating that our platform is becoming a destination for the most forward-thinking advisors in the marketplace.”

The principals sold their firm in 2007 to Compass Bank, which had big plans to grow the wealth management group. But Compass was subsequently purchased by BBVA that year.

“We joined them because we did believe there were some great opportunities for us,” said Rosener. “Those opportunities changed as their ownership changed. and the decision was made that they were not wanting to be part of the wealth management process and group and what we do and what we deliver to our clients.”

"BBVA Compass never exited or ever desired to exit the wealth management segment," the bank said, in a statement. "BBVA Compass is committed to serving all segments in its communities, including wealth. We remain fully committed to all our communities and customers. Any statement to the contrary is simply incorrect."