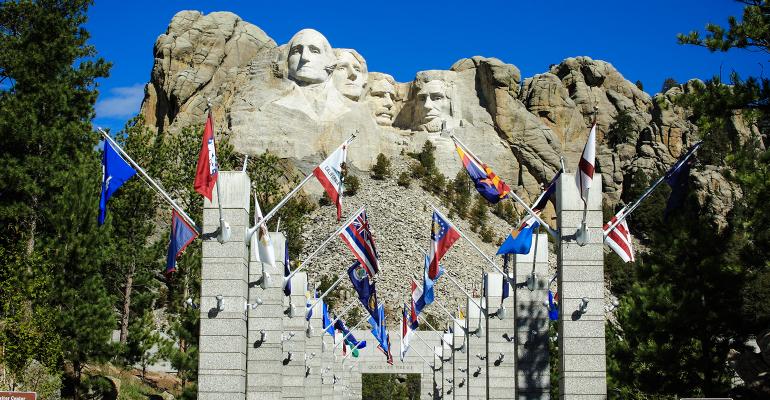 There’s a shared desire among many to reinstate key elements of the DOL’s fiduciary rule.

While the securities industry awaits the U.S. Securities and Exchange Commission's final Regulation Best Interest (Reg BI), a number of states, including Maryland, Nevada, New Jersey and New York, are working to fill what they see as a regulatory post-DOL fiduciary rule void.

Observers note that these efforts might be premature, though. It appears that some states have decided to develop their own fiduciary regulations because the DOL rule was struck down and they believe the first draft of Reg BI wasn’t strong enough, says Brad Campbell, partner with Drinker Biddle. “The reality is the DOL rule was deeply flawed, which is why it was struck down,” he says. “So, whether you like some of the elements of it or not, it wasn’t really a workable approach. And secondly, the SEC hasn’t actually finished doing what it’s going to do. So, until you’ve seen all those it seems to me it’s premature for the states to be saying there is a void and then stepping into it.”

States’ motivations vary, but they share a desire to reinstate key elements of the DOL’s fiduciary rule, according to George Michael Gerstein, fiduciary governance group co-chair with Stradley Ronon Stevens & Young, LLP. “To me, there’s no question that the Department of Labor fiduciary rule is a bit of the ideal paradigm in terms of governance (for these states),” says Gerstein. “I think they look at the Department of Labor fiduciary rule, they see it as an ideal, and I think they are taking different approaches to bring back the spirit and essence of the DOL fiduciary rule through legislation or regulation.”

Campbell cites New York and Nevada’s contrasting approaches. New York’s finalized rule focuses primarily on insurance. It’s called a best interest standard, but it’s not technically a fiduciary rule, even though it uses language similar to fiduciary standards. In contrast, Nevada has proposed a securities rule with some overlap into insurance. The Nevada proposed rule “is probably the most broad in that you don’t even have to make a recommendation to engage in fiduciary conduct under its new definition,” says Campbell. “Most of the other states we’ve seen tend to be limited to recommending either securities or an investment strategy before you’re in fiduciary territory.”

The emergence of state level fiduciary regulations could cause advisors problems on several levels. New Jersey’s proposed rule, for instance, introduced a new concept that hasn’t developed elsewhere, Campbell explains. Under the New Jersey rules, advisors who want to be paid on a transaction basis—the usual broker/dealer type of compensation arrangement—must show that the selected fee arrangement was the “best” of the available arrangements. If compensation is received related to a particular security or a particular investment strategy or rollover, the advisor must show that the given advice was the “best” of the available options.

But the concept of making the “best” recommendation is not consistent with fiduciary standards, says Campbell, because a governing principle in fiduciary standards is you make a prudent recommendation that’s in the interest of the participant. “The notion of best is really completely antithetical to fiduciary obligation,” he maintains. “It implies there’s only one correct answer and you had to give the one correct answer and that’s simply not how investing works.”

A second problem Campbell sees that could result is the emergence of multiple, nonuniform regulatory standards. If local rules diverge significantly from the national SEC-based standards, the resulting balkanization would make it more difficult for firms to operate in both uniform and nonuniform states.

It’s still early days for these local regulations. Their applicability to ERISA plans varies, and state regs that conflict with the final version of the SEC’s Reg BI likely will be challenged in court. Nonetheless, advisors need to monitor the situation, says Gerstein. Maryland’s effort appears to be on hold with the end of its legislative session, but the states involved have put significant effort into their legislation and regulations and are likely to continue moving forward with them. Gerstein emphasizes that although only a few states are acting preemptively, the majority of states’ response to the final Reg BI will be critical. If numerous states are dissatisfied with the final regulation, expect more local initiatives, he says. It promises to be an interesting year ahead on the regulatory front.