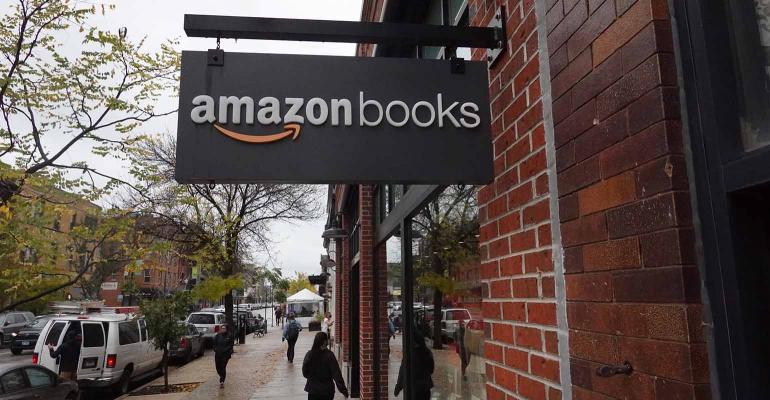 What Does Amazon’s Shifting Retail Footprint Mean for the Sector?

The company recently decided to close a number of its bricks-and-mortar retail stores, including Amazon Books, 4-Star and Pop-Ups.

As the first quarter comes to a close, market demand for retail properties is experiencing a rapid rebound and investors and analysts are looking ahead to see where the sector is headed as it rides out the disruptions of COVID-19. One major shift in 2022 so far is Amazon’s recent decision to close all 68 of its bricks-and-mortar retail locations, including Amazon Books, 4-Star and Pop-Up stores. The company says the move allows it to focus on its Amazon Fresh, Whole Foods Market and Amazon Go businesses. But it has prompted questions about how the e-commerce giant’s strategy is shifting and what the closures might say about the trajectory of bricks-and-mortar retail.

“The stores were almost exclusively located in malls and acted as more of a showroom than a traditional store,” said Kevin Cody, strategic consultant with real estate data firm CoStar Advisory Services. "They did not expand Amazon’s distribution network in a meaningful way and produced a small share of the company’s revenue.”

Related: Inside the First Amazon 4-star Store in NYC

The company’s 4-Star and Pop-Up locations sold electronics, top-selling items from web sales and Amazon-branded products, including Fire tablets and Amazon Echo lines. Though the closures clearly represent a re-evaluation of strategy, the company’s decision is also a sign that the retail sector can expect to see more moves towards disruption and new concepts in the future, according to Daniel Taub, national director of the retail and net lease divisions with commercial real estate brokerage Marcus & Millichap.

“At the heart of it, Amazon is not a retailer, they are a data driven company that happens to be in the retail sector in various delivery channels.” says Taub. “They have a history of successfully innovating and trying new concepts, new technologies, new methods, with many of them failing only to get to the one or two or the few that are very successful.”

In fact, Amazon’s decision shouldn’t be viewed as a retreat from a bricks-and-mortar retail strategy, says Anjee Solanki, national director of retail services and practice groups at commercial real estate services firm Colliers. The decision to focus on larger-format retail, such as the Whole Foods locations and a department store, makes sense as Amazon works harder to retain favor among its existing customers, she notes. “Especially so as more traditional retailers have made significant investments in their own online and multi-channel propositions,” she adds.

As Solanki puts it, Amazon’s bricks-and-mortar strategy offers the major advantage of establishing footholds in urban areas that are too small to accommodate big-box retail giants like Walmart.

Many retail investment experts view Amazon’s call to re-evaluate its retail approach as a positive for the sector. As Taub from Marcus & Millichap puts it, “They may not have figured out what that looks like, how it's going to operate and what they're going to sell, but the fact that they're experimenting and spending money investing in identifying how to exist within the retail space is a good thing because ultimately no online retailer can truly be successful from a profitability perspective without having some form of physical delivery channel.”

Amazon’s decision also saw it cancel a number of planned 4-Star stores around the country. This included dropping plans to open a physical Amazon 4-Star store at the Cherry Hill Mall in Philadelphia, though the city still has one Amazon Fresh grocery store and at least one more is on its way. In Louisville, Ky., the e-commerce giant has seemingly also canceled a 4-Star store, dropping plans for a $650,000 renovation of a 4,900-sq.-ft. location at the Oxmoor Center, a major mall.

“With mall foot traffic falling sharply during the pandemic, the stores likely saw a significant decline in both sales and interaction from consumers,” Cody says. “For the retail market and mall sector, I do not expect this to be particularly impactful.”

Analysts also note that Amazon waited until the physical retail sector began to rebound before making its decision to close the locations. Since mall traffic is improving, along with the retail sector as a whole, the decision is not a reflection on the state of malls in general, notes Cody.

Amazon executives have said the company is still committed to growing its physical retail footprint, including through new ventures such as Amazon Style, the company’s planned foray into bricks-and-mortar apparel retail. According to The Wall Street Journal, the company has been planning to open 30,000-sq.-ft. test stores for the concept in California, complete with high tech dressing rooms. Amazon has been trying to make inroads in apparel sales in recent years, including its own label apparel.

“They will likely continue to focus on and invest in their grocery and apparel brands in the near term, as they are better able to utilize their competitive advantages in distribution, technology and e-commerce in the segments of the market,” says Cody.

Though Amazon purchased Whole Foods in 2017, the company’s overall sales from physical stores have dropped every year since the acquisition, leaving many analysts to question the company’s strategy for the grocery sector.

But Amazon’s plans for its grocery business now appear focused on disruption, including through its fully-automated “just walk out” technology, which eliminates the need for checkout lines of any kind. The technology senses when a customer takes an item off the shelf, adding it to their virtual “cart” and checking the customer out when they leave. The system requires that customers have an Amazon account and can process payment via the Amazon app, the Amazon One payment system or a card linked to a customer’s account.

“There has already been a lot of talk of the “Amazonification” of Whole Foods,” says Solanki. “Amazon is treating Whole Foods as another step in its tech expansion into retail stores.”

During the first quarter, Amazon opened its first fully-automated Whole Foods store in Washington D.C. in a 21,500 sq.-ft. property in Glover Park, Georgetown. The launch is actually a re-opening, following the location’s previous closure in 2017, and offers a crucial chance to revitalize a major grocery-anchored shopping center.

“The grocery sector has tailwinds from the pandemic, but it is a competitive space,” says Cody. “If they truly make the shopping experience more convenient, they stand a good chance of succeeding.”

According to Taub, “The grocery sector most likely will be the most disrupted sector relative to other retail uses because Amazon has such a significant amount of data. I would say that with Amazon, what they do initially isn't necessarily what their final game plan is, for example with the 4-Star and Amazon Books. This is something that everybody needs to keep on their radar and watch because much like Amazon Go, they'll bring different methods and technologies, which others are going to look at and hope to adopt, in terms of creating a grocery experience that today's consumer wants.”