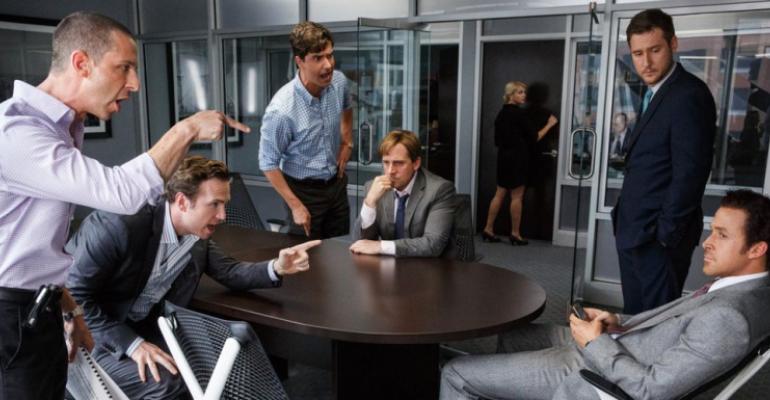 Some people are looking at retail loans as the next “big short”, says Manus Clancy, senior managing director and the leader of applied data, research, and pricing departments at Trepp.

In 2015, “The Big Short” movie based on the Michael Lewis book chronicled a handful of investors who struck it rich by betting on the failure of subprime residential mortgages. Some investors are making a gamble that retail-backed CMBS loans could be the next “big short.”

Hedge fund company Alder Hill Management is one high-profile player shorting CMBS with high concentrations of retail loans. The Wall Street Journal first reported on the hedge fund’s short 18 months ago, followed by a more recent story in early August that said the hedge fund made an additional short investment on 2012 and 2013 era loans. Earlier this spring, Bloomberg also reported that Deutsche Bank and Morgan Stanley had both recommended buying credit protection against, or shorting, segments of CMBS with heavy concentrations of retail loans.

Some people are looking at retail loans as the next “big short”, says Manus Clancy, senior managing director and the leader of applied data, research, and pricing departments at Trepp. “There are some similarities, but there are a lot of differences,” he notes. One difference from the subprime short is that there were very few investors taking those short positions. “In this case, you have a pretty good amount of people on either side, meaning longs and shorts,” says Clancy. In addition to Alder Hill there are about two dozen investors that have either already taken a short position or are looking at the opportunity, he adds.

Another factor that made the big short epically profitable for some people is that they were able to buy insurance on subprime mortgages extremely cheap. When people first started writing insurance on subprime mortgages, the insurance premium was well under 100 basis points—as low as 15 basis points for AAA and about 75 basis points for BBB, notes Clancy. The premiums on retail-backed CMBS loans are actually quite large—upwards of 400 and 500 basis points. So those willing to write the insurance and take the long side of the bet are getting paid a premium of about 5 to 6 percent per year, he says.

The focus of the drama playing out is issuance within both the CMBX 6 and CMBX 7 indexes, which were the first two CMBS series that came out post-recession. CMBX 6 consists of deals issued in 2012 and 2013 and CMBX 7 includes deals issued in 2013 and 2014. “What makes those so attractive to people who want to short is that they have a lot of retail in them,” says Clancy. “By the time CMBX 8 and CMBX 9 came out, people were more concerned about retail. So, there wasn’t as much retail.”

Both CMBX 6 and 7 include a mix of commercial property types. Combined, the two indexes include 984 individual loans with a total outstanding balance of $17 billion. Retail loans represent 36 percent of the loan pool of CMBX 6 and 7, with loans that run the gamut from small single-tenant retail, drug stores and movie theaters to major malls backed by $100 million and $150 million loans, according to Trepp.

The short investors are betting that those large loans are going to go south and default. There are retail loans in CMBX 6 and 7 that could very well end up in default, says Clancy. “The expectation, on both the longs and the shorts, is that number of defaults will go up over time for sure,” says Clancy. “But in the case of the longs, they think it will go up incrementally and not apocalyptically, whereas the shorts think it will be much more severe.”

All eyes on retail

It is that doomsday prediction that is garnering a lot of industry attention, given the huge impact that a surge of retail loan delinquencies could have on the broader commercial real estate marketplace. To be clear, the sky is not falling with defaults that are happening now, but rather people are speculating that problematic retail defaults could develop at some point in the future.

Defaults, if they are going to happen, have yet to trickle through in a meaningful way. Specific to CMBX 6 and 7, Trepp is tracking 11 retail loans that have moved to delinquency or special servicer status, seven of which have loan balances below $10 million each. In addition, current retail delinquency rates for CMBS 2.0 (post-recession) deals, which would include issuance within the CMBX 6 and 7 series, is at 0.88 percent, according to Trepp.

Yet there are some very real concerns about under-performing retail properties that have lost tenants, or are likely to lose tenants, that could move into default. “Overall in terms of retail, we have had concerns since late 2013-2014 due to overall secular changes in the retail landscape,” says Melissa Che, a senior director and analyst at Fitch Ratings. Store closures, growth in e-commerce and changing consumer habits are going to continue to pressure malls, especially class-B malls in markets where there is already a dominant mall or where demographics don’t support multiple malls, she says.

So far, ratings downgrades by Fitch have been limited, but are expected to increase if property underperformance continues or refinancing of maturing loans is delayed. “We have taken some ratings actions, mostly outlook revisions to negative to highlight potential downgrade risk, because it is still too early to tell what way they’re going to go,” says Huxley Somerville, a managing director and analyst at Fitch Ratings.

Most CMBS 2.0 regional mall loans are performing well and covering debt service. The concern is the ability to refinance the loans at the point that they mature. If the CMBS market is not prepared to refinance mall properties, then it becomes a question of what other financing options are available, says Somerville. “We’re just not sure how that’s going to play out, which is why there is a wait-and-see approach,” he says.

CMBS loans typically have 10-year terms, which would mean that many of the CMBX 6 and 7 loans will be maturing in 2022, 2023 and 2024. “We are seeing the underperformance in both sales trends and occupancy. So, it is going to be a concern that is going to be lingering for a couple of years,” adds Che.

Editor's note: The original version of this article referred to Michael Lewis, the author of "The Big Short," as Martin Lewis. The article has since been updated.
TAGS: CMBS Investment Strategies News
0 comments
Hide comments
Related
Sponsored