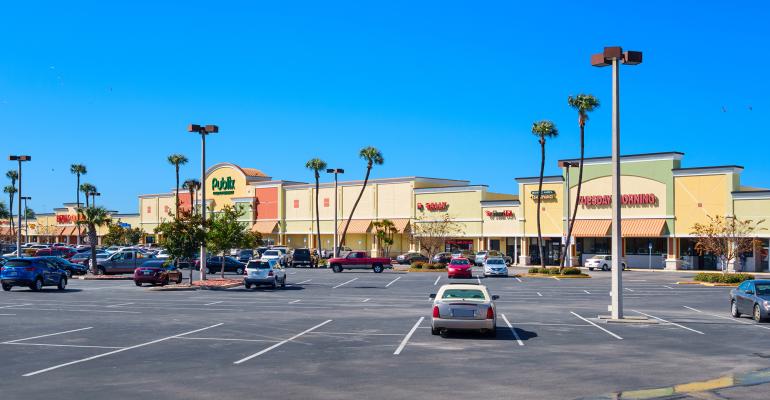 With property fundamentals in their best shape in quite some time and attractive cap rates, some investors are looking to put their money into shopping and power centers.

Neighborhood shopping centers and power centers have made quite the rebound from the early days of the COVID pandemic and analysts remain bullish on the previously out-of-favor sector for investor interest in 2023 and beyond.

Consumers, aided by the federal stimulus money, boosted retail sales in 2021 and 2022. And with very limited new construction in retail over the last decade, neighborhood shopping centers, power center and strip centers have become more of a darling for investors, analysts say.

Related: An Investor in Grocery Retail Is Reacting to a Market in Flux

The sector’s current strength is reflected in occupancy and rental growth reaching record highs and putting retail in its strongest position since the Great Financial Crisis, according to Brandon Svec, national director of U.S. retail analytics with data firm CoStar Group. Only urban ground-floor retail in such metropolitan areas as Manhattan and the Chicago Loop continues to struggle as many office employees work remotely. That segment is also starting to recover, but at a much slower rate, Svec adds.

“The big picture is asset level fundamentals are the best that anyone can remember,” says Chris Decoufle who leads the retail capital markets team at real estate services firm CBRE. “When I reflect on my career of 30 years, I have never seen the quality of the fundamentals as they sit today—leasing, velocity, occupancy, and rental rates.”

Related: Is the Retail Reckoning for Regional Malls at an End?

The shopping center sector “is as strong fundamentally as has been seen at any time since coming out of the Great Financial Crisis,” says Mark Gilbert, vice chair and leader of Cushman & Wakefield’s retail capital markets practice in the Americas. Retail real estate has become increasingly valuable to the retailer as a point of distribution because the bricks-and-mortar locations create flexibility for in-person sales, pickup sales or delivery sales, he says.

That renewed positive outlook has been showing up in investment sales numbers for most of the year. Year-to-date through November 2022, data firm MSCI Real Assets recorded $77.4 billion in investment sales involving retail properties in the U.S., a 14 percent increase compared to the year before. In November itself, retail sales took a dip, by 7.4 percent to $3.6 billion (there were declines in deal volumes across all commercial property sectors tracked by MSCI that month). The firm’s data shows that when looking at sales of individual shopping centers, that figure reached $10.4 billion in the first half of the year, a 19 percent increase from the same period in 2021.

Meanwhile, real estate data firm CoStar reported retail investment sales volume of $9.39 billion in November, which was the first time the volume fell below the $10 billion mark since February 2021. At its lowest point during the pandemic in May 2020, retail sales volume was as low as $4.1 billion, according to CoStar data. At its high point for this year, it was $20.7 billion in March before steadily decreasing (coinciding with the increases in interest rates).

CoStar reports that the vacancy rate for neighborhood, community, power and strip centers in the U.S. averaged 5.7 percent during the fourth quarter. It was 6.4 percent at the start of the pandemic in 2020 and surpassed 7.0 percent at the end of 2020 and during early 2021.

In part, occupancy has improved because construction in the retail sector has been weak since the financial crisis, notes Thomas LaSalvia, director of economic research with Moody’s Analytics. During the early 2000s, the market saw up to 40 million sq. ft. of new retail a year. That’s fallen to a range of between 8 million and 10 million sq. ft. over the last decade, he says.

Coupled with some retail centers being demolished and new retail concepts springing up in the last couple of years, that has created more demand for space, says Gilbert. According to Decoufle, some tenants are having trouble finding space in the U.S., especially brand new space. If a retailer wants a new space, their rent is going to be twice what’s charged at an existing development, and those dynamics aren’t changing soon, he adds.

Rents are on the rise

CoStar reports that year-over-year rent growth for neighborhood, community, power and strip centers rose 5.4 percent during the fourth quarter of 2022. That’s down from 5.8 percent in the second quarter of the year, but still significantly higher than growth of just 1.3 percent reported in the middle of 2020, when many states had some lockdown rules in place.

Rent growth appears the strongest in the Southeast and the Southwest, where stronger consumption gains are being fueled by population growth, notes Svec. Some of those markets are seeing double-digit year-over-year growth, while some of the more established markets in the Midwest and the Northeast are single rent growth in the low single digits.

There have been more institutional investors coming back to the retail sector “than we would have ever imagined we would see,” says Gilbert. There are a lot of investors trading out of pricier assets in multifamily and industrial sectors in order to redirect their money into shopping centers, he notes.

Some of the appetite has to do with the opportunity to redevelop these assets to add other uses, Gilbert says.

“Many investors are looking at the strip centers and saying ‘I’m buying it as a strip center, but tomorrow the strip center might be retail on the ground floor and an apartment building on the upper floors.’ They are buying it at a value that is effectively land value for marginally more, and I think we will see more and more of that investor base grow, particularly in markets like South Florida, Dallas, Houston, Austin, parts of California, as well as the Northeast. You may not see that in smaller cities and the Midwest, but you will see that in a lot of markets around the country.”

When it comes to asset prices, there continues to be a tug-of-war between buyers and sellers. The high interest rates are discouraging buyers from paying asking prices, but because of what is believed to be the sector’s long-term strength, sellers have been unwilling to come down on prices.

“That’s in the short term, but longer term investors still seem bullish on a lot of neighborhood and community shopping centers,” says LaSalvia.

There is much more of a “wait-and-see attitude” when it comes to a lot of urban retail, he notes. Investors “are waiting to see how the remote work situation is going to play out because that ultimately factors into where people live and what the foot traffic will be in a lot of these neighborhoods within these cities.”

Before interest rates started rising in the spring and early summer, the market was “extremely strong” with no lack of investor demand, Caldwell notes. When her team put out offering demands in the early summer, they were getting more than 200 confidentiality agreements back from investors digging through deals, she says.

With interest rates rising, Caldwell says they’re getting some pushback. However, compared to multifamily, industrial or office, retail is “going to shake out to be much stronger” than those sectors because of the yields it currently offers, she notes. In November, cap rates on sales involving retail assets averaged 6.3 percent, according to MSCI Real Assets, compared to 4.7 percent on sales involving multifamily properties and 5.4 percent on industrial transactions.

“They have gone up not necessarily as much as rates have gone up, but they have increased and I think we’re going to see investors rolling out of multifamily and industrial and trying to diversify into retail (chasing) more returns,” Caldwell says. “We continue to see more investors looking to buy retail and looking to come back to retail.”

In fact, retail was the only asset type that was pressure-tested twice in the last seven years and came out the other side, according to Decoufle. The first time was the competition from e-commerce in the 2010s. The second time was at the height of COVID, when many stores were forced to close completely.

“Investors now realize this asset class is incredibly durable and these cash flows are really durable. Look at these massive shocks to the system that either one of those were viewed as possibly knocking out or damaging a product type.”