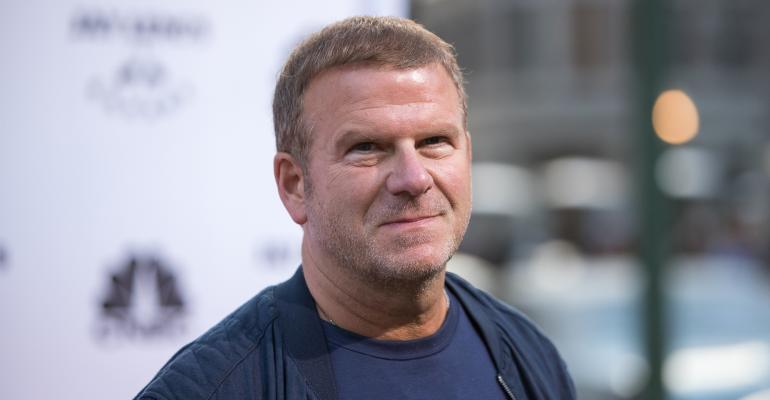 The company reported about $3.4 billion in sales in 2019, but like most consumer-driven businesses, Fertitta’s chains were hit hard by the coronavirus.

(Bloomberg) -- Tilman Fertitta is taking his restaurant and casino empire public again through a merger with a special purpose acquisition company that values his Fertitta Entertainment Inc. at $6.6 billion, including debt.

Institutional investors have agreed to invest an additional $1.2 billion for a roughly 35% stake in the business. Those investors include Fidelity Investments, BlackRock Inc. and Neuberger Berman, according to people familiar with the deal, who asked not to be named because the investors haven’t been made public.

Fertitta, who’ll be chairman and chief executive officer, will own about 60% of the shares, a stake valued at roughly $2 billion. He’ll also control the majority of the vote through a special class of stock.

Fertitta, 63, said he was taking the company public now to take advantage of opportunities for acquisitions in the wake of the global pandemic, particularly in the casino industry. Sports betting has exploded in the U.S. since the Supreme Court allowed states outside of Nevada to offer such wagers in 2018.

“I want to do big gaming deals,” Fertitta said in an interview Sunday. “Thirty years ago there was gambling in two states. Now we’re approving new states for online almost on a weekly basis.”

The company reported about $3.4 billion in sales in 2019, but like most consumer-driven businesses, Fertitta’s chains were hit hard by the coronavirus. Fertitta said he expects earnings to rebound to $575 million this year and $648 million in 2022, giving the company leverage of around four times. That’s up from around $250 million in 2020, when the company furloughed tens of thousands of employees and borrowed at a rate of 13% to weather the pandemic.

The Texas native first acquired control of Landry’s, then consisting of two seafood restaurants, in 1986. Today the business is a surf-and-turf giant, with 500 locations including the Morton’s and Del Frisco’s steak chains and the Chart House and McCormick and Schmick’s seafood eateries.

The Houston Rockets basketball team, which Fertitta bought four years ago for $2.2 billion, isn’t part of the transaction. Nor are his hotels, which include the Post Oak in Houston.

Landry’s operated as a public company previously from 1993 to 2010, when Fertitta took it private because he didn’t think the public market valued it highly enough.

The company is hosting a prerecorded call for investors at 9 a.m. New York time on Monday.

Beall, one of the founders of the Ruby Tuesday chain, and Jacob of &pizza raised $200 million in their public offering of Fast Acquisition last year. They and the current Fast shareholders will own about 5% of the new company.

--With assistance from Gillian Tan and Crystal Tse.