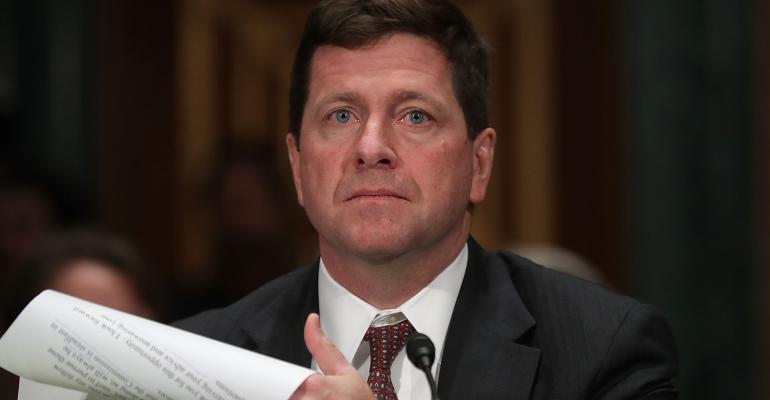 What Advisors Should Expect as the SEC Votes on Reg BI

Major standards of conduct for brokers and investment advisors are expected to be finalized tomorrow by the Securities and Exchange Commission. Here are the big points advisors should be on the lookout for.

A little over a year ago, the Securities and Exchange Commission issued a proposal package that would establish a best interest standard for broker/dealers and restrict brokers from using the titles “advisor” or “adviser,” as well as implement a mandatory disclosure document, Form CRS, summarizing investment advisors’ and brokers’ relationships with clients. After several investor roundtables, some 6,000 comment letters and testing of the Form CRS, the commission will make its final recommendations tomorrow.

The agency is likely to make some changes to the original proposal, but they don’t have to re-propose it unless there are dramatic differences.

The final rule is rumored to be around 1,400 pages long, and advisors shouldn’t expect to see that document on Wednesday. The commission may take a few days or weeks to publish it, but we’ll likely see a press release, a factsheet and the commissioners’ opening statements in writing tomorrow.

Here is what else advisors should look for:

The applicability date. In other words, when do broker/dealers have to be in compliance?

The “F” word. Will the commission make it explicit that Reg BI is a fiduciary standard, consistent in principle for brokers and investment advisors alike? SEC Chair Jay Clayton has said in the past that the agency avoided using the term on purpose. “Fiduciary is a buzzword that can mean a lot of things in a lot of contexts,” he said at FINRA’s annual conference last year.

The treatment of conflicts. Will the SEC say that all material financial conflicts have to be effectively mitigated, or will they say disclosure is deemed to be mitigation? The proposed rule does not require broker/dealers to have policies and procedures to mitigate conflicts.

“Without this change, the rule will just paper over conflicts and will not prevent conflicts from tainting recommendations,” says Barbara Roper, director of investor protection at the Consumer Federation of America.

The nature of disclosures. Will a broker/dealer have to tell a customer the fees or commissions when a recommendation is accepted, e.g., of an individual variable annuity, or will generic or broad-range disclosures be allowed? It could be a model template, which would simplify compliance for everyone, said James J. Angel, associate professor at the McDonough School of Business at Georgetown University.

The care obligation. Will the best interest standard continue to require that the broker/dealer act with “care, skill, prudence and diligence” or will that be changed?

Incentives. Does the SEC prohibit firms from creating incentives, such as sales quotas for the sale of proprietary products? Some would argue that such incentives would encourage recommendations that are not in clients’ best interests.

Customer Relationship Summary (Form CRS). Has the SEC taken steps to make it more investor-friendly, such as shortening it and stripping out industry jargon? Will they allow electronic delivery? Will the SEC still require brokers to talk about advisors and advisors to talk about brokers? The agency may discuss possible testing of the final Form CRS with investors and be open to making changes as the investor testing indicates, said Karen Barr, president and CEO of the Investment Adviser Association.

“Full and fair disclosure is a critical part of the Investment Advisers’ Act fiduciary duty, but it’s not the only part,” Barr said. “Investment advisors must act in their clients’ best interest, and they must manage or mitigate or eliminate their conflicts such that they’re able to act in their clients’ best interest without their conflicts tainting their advice.”

State preemption. Many states, such as Nevada and New Jersey, have come out with their own fiduciary standards. Does Reg BI pr-empt state standards, or will the SEC leave an opening for states to develop their own.

The interpretation of “solely incidental.” This was not addressed in the original package, and would cover the interpretation of a section of the Investment Advisers Act that exempts brokers from registering as investment advisors if the “performance of [advisory] services is solely incidental to the conduct of his business as a broker or dealer and who receives no special compensation therefor.”

Industry groups have been asking the SEC to more appropriately define it. The agency issued a proposed interpretation in 2007, which would have clarified that discretionary investment management is not “solely incidental” to brokerage. The SEC never adopted that. SEC staff has indicated in informal guidance that their proposal was their interpretation of the law, but it was never formalized.

“I anticipate that this adopted interpretation will go back to some of the principles they articulated in 2007,” the IAA’s Barr said.

Titles. Does the SEC adopt the proposed restrictions on titles by brokers that use the term “advisor” when they’re not investment advisors?A