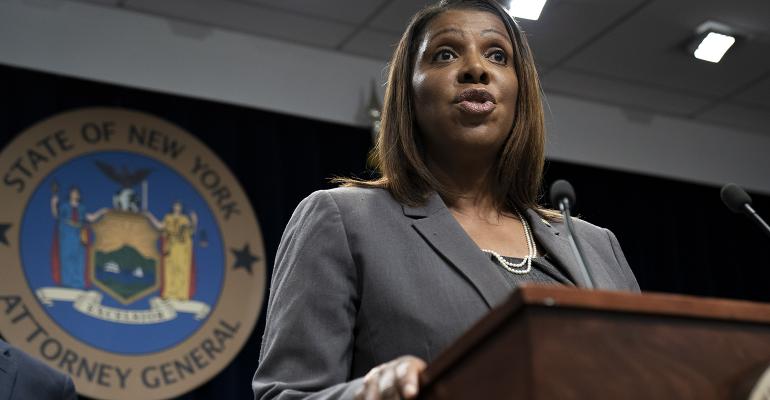 The settled charges come after a pair of investigations by the New York state attorney general and the SEC, who both argued TIAA-CREF pushed investors into managed accounts with higher fees.

TIAA-CREF Individual and Institutional Services (a subsidiary of the Teachers Insurance and Annuity Association of America) will pay $97 million to settle charges it misled investors to roll over assets from employer-sponsored retirement plans into individually managed accounts with higher fees, raising hundreds of millions of dollars in the process.

Related: TIAA's Devotion to Customers Can Start With Lower Fees

“TIAA relied on its reputation as a trusted and objective financial advisor to profit off of clients through fraudulent and manipulative sales practices,” she said. “We’re finally making things right by returning $97 million back into investors’ pockets and locking TIAA into significant reforms to ensure this type of fraud never happens again.”

TIAA was founded in 1918 to supply employees at colleges and universities with annuities and life insurance products, and has grown to offer these and other services to more than 15,000 institutional clients with more than 5 million participants. But according to an assurance order detailing the attorney general’s findings, TIAA Services began expanding its individual advisory business in 2011 to offer advice and product recommendations directly to clients, rather than in employer-sponsored plans, in an effort to help the company retain and attract new assets.

To do so, it touted Portfolio Advisor, a "wrap fee-based managed account program," though the fees and expenses included made it costlier for the typical investor than an employer-sponsored plan. Nevertheless, TIAA grew its individually managed business, opening about 23,000 Portfolio Advisor accounts between 2012 and 2018 with assets that had been rolled over from employee-sponsored plans. It also tripled its number of wealth management advisors to 900 between 2012 and 2017, according to the order.

TIAA then trained these advisors to cold-call preselected clients in employer-sponsored retirement plans to offer individualized advice and planning services (some of the services they touted were often included in the employer-sponsored plans). Advisors would then meet the clients to find “pain points” that would spur an investor to desire individual advice, according to the order.

“Advisors were coached to frame the discussion around four financial planning challenges—asset management and allocation, income distribution, incapacity, and estate planning—and to get the client to ‘self-realize’ that they needed help in one or more of these areas,” the order read. “Some advisors expressed discomfort with this approach, describing it as a form of ‘fear selling.’”

When recommending the Portfolio Advisor option, advisors would tell clients they were acting in their “best interests,” with marketing materials proclaiming that they provided “objective advice,” according to the order. Training resources for advisors also urged them to play up TIAA’s “non-profit heritage and culture of objectivity” to convince customers to roll over their assets, according to the NYS attorney general. Some advisors would even claim they acted as fiduciaries for clients, with one advisor’s standard outreach email for prospective clients claiming that all TIAA advisors “are held to the fiduciary standard,” according to the order.

“These statements were false and misleading. TIAA’s advisors were neither objective nor disinterested,” the order read. “Rather, they had significant incentives—through financial compensation, supervisory pressure, and disciplinary processes—to recommend that clients roll over assets into Portfolio Advisor accounts.”

Advisors’ compensation plans included a base salary and a performance-based bonus, which would increase as advisors rolled over more client assets from employer-sponsored plans. In total, the variable compensation model could sometimes be a majority of an advisor’s compensation, with some advisors getting awards as high as seven times larger than their base salary, and disclosures about this fact were paltry or at times misleading, according to the order.

But advisors were often pushed by supervisors to recommend rollovers, with one supervisor telling his team that the individually managed account option should be offered to every client. Advisors also had to participate in calls with supervisors to discuss their clients and find ways to push reluctant clients to roll over their assets. Advisors’ progress on this would also be tracked and was visible to their colleagues and supervisors, according to the order.

A TIAA spokesperson noted that the firm had cooperated with regulators on the issue and said they were pleased to settle the issue in a period of time that had ended more than three years ago. The company also published additional information about the settlement on its site, including details on reforms it had undertaken.

“We regret the times that we did not live up to our clients’ expectations of us,” the spokesperson said. “We have learned some valuable lessons and have applied those lessons to enhancing our training, supervisory controls and disclosures.”

The Attorney General’s office noted that TIAA had started reforming its practices several years ago after the Department of Labor’s fiduciary rule took effect. According to the order, TIAA mandated that advisors consider fees and expenses when making recommendations based on the DOL rule, and though a federal court later vacated that rule, TIAA maintained the training and supervisory shifts they’d established in response to it. Additionally, in June 2020, shortly before the SEC implemented Regulation Best Interest, TIAA announced that managed account rollover recommendations would thereafter fall under a fiduciary standard.

According to the SEC’s order, the company did not admit or deny the findings of the investigation, but it agreed to a cease and desist as well as a censure, disgorgement and prejudgment interest. The $97 million civil penalty would go into a “Fair Fund” that would be distributed to harmed investors, according to the commission.