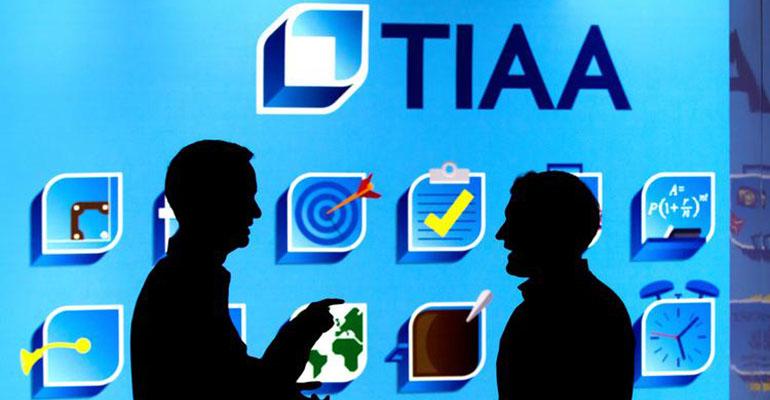 TIAA's Devotion to Customers Can Start With Lower Fees

Taking a closer look into whether TIAA's funds live up to its credo "to take care of people, act with integrity, and deliver excellence."

(Bloomberg Gadfly) --No other mutual fund company enjoys the Vanguard Group’s well-deserved reputation for looking after investors’ interests. But if anyone comes close, it’s the Teachers Insurance and Annuity Association, or TIAA.

The New York Times recently questioned TIAA’s “reputation as a selfless steward of its clients’ assets.” The Times cites a lawsuit and a whistle-blower complaint that accuses TIAA of pushing “customers into products that do not add value and may not be suitable but that generate higher fees.” Those products include TIAA’s own funds. The complaint accuses TIAA of leaning on its financial advisers “to sell proprietary mutual funds to clients” beginning in 2011. According to Morningstar, net flows to TIAA’s mutual funds averaged $1.6 billion annually from 1997 to 2010. But from 2011 through September, those flows jumped to an average of $7.3 billion a year. The accusations clash with TIAA’s lofty aspiration “to take care of people, act with integrity, and deliver excellence,” particularly when many of those people are teachers, researchers and public servants. (A TIAA spokesman told the Times that the company operates in “a highly transparent and ethical way.”)

Regardless of the accusations, TIAA should consider whether its funds live up to its credo.

A good place to start is fees. There’s a wide variation in TIAA’s fund fees. According to Morningstar data, TIAA’s most expensive fund charges an annual expense ratio of 1.34 percent, while its cheapest charges just 0.05 percent.

To put that in perspective, if TIAA managed to spread its assets more equally across the roughly $170 billion invested in its funds, it would collect roughly $300 million in additional fees every year.

An easy way to minimize that temptation is simply to charge more uniform fees across funds. There will always be some variation among fund fees because some funds are more expensive to operate than others, but TIAA can do much more to close the gap. Look at Vanguard, for example. The asset-weighted average expense ratio of Vanguard’s mutual funds is 0.11 percent, while the equal-weighted average expense ratio is 0.16 percent, or only 0.05 percent higher. It’s not just the uniformity of fees; it’s also the amount. The difference between TIAA’s and Vanguard’s mutual fund fees has been critical over the last several years. According to Morningstar, TIAA’s mutual funds have generated an average alpha -- or risk-adjusted outperformance relative to the appropriate broad market index -- of negative 0.11 percent annually over the last five years through September and a negative 0.17 percent over 10 years. Vanguard’s mutual funds, on the other hand, generated an average alpha of 0.25 percent annually over the last five years and 0.29 percent over 10 years. The difference between the alpha generated by the two firms’ funds is nearly identical to the difference in fees.

Granted, fees are only part of the equation. Active managers are quick to point out that some skilled managers outpace the market by more than their fees.

Despite those higher fees, Fidelity has managed to deliver market-beating returns. Its funds have generated an average alpha of 0.38 percent annually over the last five years through September and 0.04 percent over 10 years.

Still, it’s worth pointing out that Vanguard’s mutual funds have produced more alpha than Fidelity’s and TIAA’s funds combined over the last 10 years, merely by charging lower fees.

When TIAA’s legal troubles have passed, it will still have to confront the fact that its mutual funds deliver neither low fees nor market-beating returns. If it doesn’t, it should expect the questions about the value it delivers to clients to keep coming.