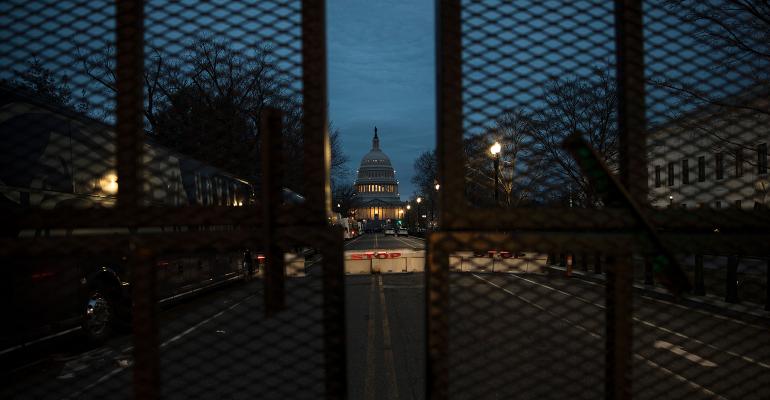 Some advisors were deemed ineligible for the government’s loan program, but it’s unclear why.

Despite the initial confusion and difficulty the industry experienced in applying for the government’s Paycheck Protection Program, some advisors have been approved to receive a small business loan, with some already receiving funding. At the same time, some advisors say their loan applications were rejected because their industry was deemed ineligible. The rejections left some advisors questioning whether it came from individual small business lenders or the Small Business Administration (SBA) itself.

Jeff Levine, the director of advanced planning at Buckingham Wealth Partners, said he’d heard that some advisors’ applications had been rejected because they were deemed a “speculative” business; he believed that the issue stemmed from individual lenders, as opposed to something specific about the program legislation. He recalled one advisor who'd submitted a new loan application with a different lender after being rejected, and it was eventually accepted.

“If anything, they’re a lot more secure than some other businesses….especially those that have AUM models or are on annual retainers or something like that,” he said. “A commission-based advisor may be having some disparity because they aren’t able to see people like in the past.”

Small business owners applying for PPP loans have encountered numerous hurdles since the program was unveiled; last week, the program’s initial $350 billion allocation ran dry. Congress subsequently approved an additional $320 billion in funding, and the SBA began accepting new applications Monday, though some worry that this new batch of funding will also soon be depleted.

Carl F. von dem Bussche Sr., founder and CEO of Financial Guidance Group, a small fee-only firm based in Palm Harbor, Fla., and Franklin, Tenn., said he’d initially tried to submit an application through Wells Fargo but never heard back before the first round of funding ended. He submitted a second application with Gusto, the firm’s payroll provider, which had partnered with Kabbage, a fintech company that works with small businesses to secure loans and has been assisting PPP loan applicants.

Von dem Bussche said he was asked for a North American Industry Classification System (NAICS) code during the submission process. He wasn’t familiar with the labeling system, and eventually decided to use the code for investment advice, which is defined as businesses “primarily engaged in providing customized investment advice to clients on a fee basis, but do not have the authority to execute trades,” according to documentation from the president’s Office of Management and Budget (OMB).

Several days later, he received an email from Kabbage rejecting the firm’s loan application because “the selected industry is ineligible for the Paycheck Protection Program,” although he knew several advisors that had already been approved in the first round of submissions.

Afterwards, von dem Bussche decided to try applying for a loan using the Navy Federal Credit Union; during the initial phone conversation, they asked for the firm’s NAICS code. He said that after he told them the code, they told him they could not move forward on the application as his firm was deemed a “high-risk business.” He said he felt that his firm was being “lumped in” with businesses that specialized in cash loans, like payday lenders.

Von dem Bussche's firm currently has another application pending with Wells Fargo, which did not request an NAICS code, but he said the rejection left him wondering what had gone wrong.

"Are investment advisors, financial planners, ineligible for PPP?” he said. “I don't think so, but that would be key to finding out."

A Kabbage spokesperson said the company “has funded and continues to fund financial advisors seeking PPP loans,” and asked affected customers to reach out directly to the lender.

Another financial advisor, who declined to be named, also submitted an application through Kabbage and received notification that his industry was “ineligible”; he questioned whether the NAICS code automatically disqualified his firm from applying.

From talking with several other advisors, he said it was possible that banks or lenders were assuming that small financial planning businesses were disqualified for the loan application in the same way larger financial institutions were, with the NAICS qualifier he submitted possibly serving as a kind of red flag. He also noted that on the loan applications, he was not asked for a numerical NAICS code; instead, he was asked to choose the category and subcategory that closely matched his business (which he said matched descriptions for NAICS codes).

"Mutual funds, large asset managers, insurance companies, and huge private equity funds can't get PPP business,” he said. “That's my guess, that they're not actually looking at it."

The SBA released an “interim final rule” last Friday clarifying which businesses could qualify for PPP loans, which said hedge funds and private equity firms “are primarily engaged in investment or speculation” and that those businesses that were ineligible for section 7(a) SBA loans also would not qualify for PPP loans. This includes “firms involved in speculative activities that develop profits from fluctuations in price rather than through the normal course of trade” and “firms involved in lending activities,” including banks and finance companies.

XY Planning Network co-founder Michael Kitces disputed that this guidance would apply to investment advisors during a conversation with advisors on Twitter last week.

“RIAs aren’t in the business of making speculative investments to deploy capital into the economy,” he wrote. “It’s an advice service business.”

The SBA did not return requests for comment by press time.

Jamie Hopkins, the director of retirement research at Carson Group, believes the rejections of RIAs on the basis of their industry is an individual bank's or lender's decision, rather than a part of the actual rule. He said some banks may still struggle to understand who should and should not be excluded; for example, a bank may see that an RIA applicant partners with a publicly traded IBD like LPL Financial, and though they're not an employee, the bank may instinctively pull back.

Hopkins also noted that the SEC has released guidance on reporting regulations for RIAs if they should receive a PPP loan, suggesting that the government does not consider this industry disqualified from approval.

"We've seen a lot of advisors approved, so I think if you're not being approved, try a different bank," he said. "This is not an SBA rule that this industry is excluded."

Levine suggested that some lenders may be inadvertently disqualifying financial services advisors, which he said could be due to the newness of the program, but advisors needed clarity on where they stood.

“It shouldn’t be where some advisors are getting a ‘yes,’” he said. “It should be a uniform answer.”