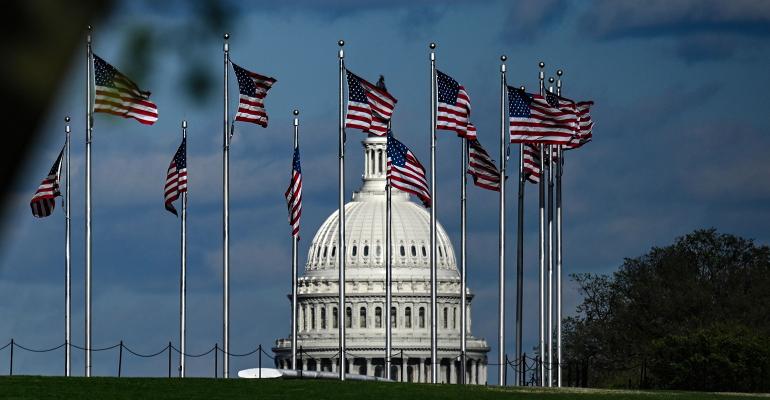 Some advisors say the industry's mad rush for PPP funding rubs them the wrong way.

As businesses around the country continue to submit applications for the government’s Paycheck Protection Program, some folks are questioning whether registered investment advisors, particularly fee-based firms serving high-net-worth clients, should pursue a loan. The program, included in the government’s stimulus package, was just replenished with an additional $320 billion and is meant to entice small businesses to keep their employees on payroll during the crisis.

For Morgan Ranstrom, a fee-only Certified Financial Planner and co-founder of Trailhead Planners, the specific guidance on the PPP application process led him to question whether it was ethical for his firm to apply. It says one must “certify in good faith” that the business needs the loan to support operations, and he was worried that there was a risk of perjury if he applied.

He believes many firms, including newer firms, commission-based advisors and firms that work primarily with middle-class clients, would be justified in applying for the loans. But it’s not so black and white for those firms serving the higher-net-worth market.

“If you're a wealth advisor serving wealthy clients, you should not need a bailout to survive a bear market," he said. “If you're a wealth management firm, yes, we have to work from home, but otherwise this is a normal environment. Yes, the market's fluctuating, but shouldn't that be built into your business model?"

The PPP loan program was included in the CARES Act, passed late last month by Congress. At the outset, the new program was fraught with challenges; last week, the original $350 billion allocation for the loan program went dry. (Congress approved an additional $320 billion in funding for the program earlier this week).

Jeff Hybiak, the chief investment officer at SEM Wealth Management, said he had also become bothered over the past several weeks by the rush for PPP loan funding. He questioned why RIAs, many of which would have revenue continuing unabated, would take spaces from other businesses that may have lost all of their revenue instantly.

“If you think of the purpose of these loans, to help people who could no longer generate revenue, it rubbed me the wrong way,” he said. “To go out and almost brag that there’s free money and to take it puts our whole industry in a bad light.”

Hybiak noted that even if an advisor was overly exposed to market fluctuations, the market had actually improved from its steep drop in March, and he questioned the business models of firms that need to consider layoffs after a 15% drop in assets.

"We've been in business for 28 years and lived by the philosophy of ‘you’ll always be rewarded for having a higher standard in our industry,’" he said. “Put yourself in the shoes of another business owner who can't open his doors anymore."

While the financial services industry may not be as profoundly affected by the economic shutdown as retail stores and restaurants have been, revenue has likely dropped significantly for many planners as a result of the pullback in the market, said Jeff Levine, the director of advanced planning at Buckingham Wealth Partners. In response to those kinds of losses, businesses will tend to cut costs where they are greatest, and labor is the most significant cost for advisory firms. Therefore, he thought a case could be made for RIAs to apply for a loan.

"It’s not a business continuity protection program. It's designed to keep payroll and keep payrolls protected,” he said. “I'm not going to get upset at the firm that has a 25% drop in revenue, sees its profit evaporate, and says we can cut staff by 5%, or cut payroll by 8%. That's a reasonable business decision to make, but if you have this program, maybe you don't have to make those decisions."

For Levine, the more significant ethical question was that some businesses were entirely depleted of revenue, unlike most financial planners, and advisors needed to question whether they should submit an application when there is a limited (and dwindling) supply of PPP funding. Levine expects that many advisors would like to forgo funding because of this but may find it difficult to do so.

“Everybody knows somebody who really doesn't need the money, but they're doing it because it's essentially free capital,” he said. “I think a lot of advisors are saying that ‘people are going to get it and their revenues are only down like mine are.’”

Levine and Ranstrom both noted that it might be more likely that smaller firms would be able to withstand the market turmoil without applying for a PPP loan, as they tend to have smaller head counts and larger profit margins. Larger entities, by contrast, tend to have greater profits but lower margins. Despite the uncertainty of the moment, Ranstrom questioned firms who are scaling up but are not able to withstand a 30% market drop.

“What’s the difference between a high-earning advisory firm that needs a buyout in a bear market, and an airline that did buybacks in the good times and now needs a bailout?” he said. “We’re supposed to be better than that."