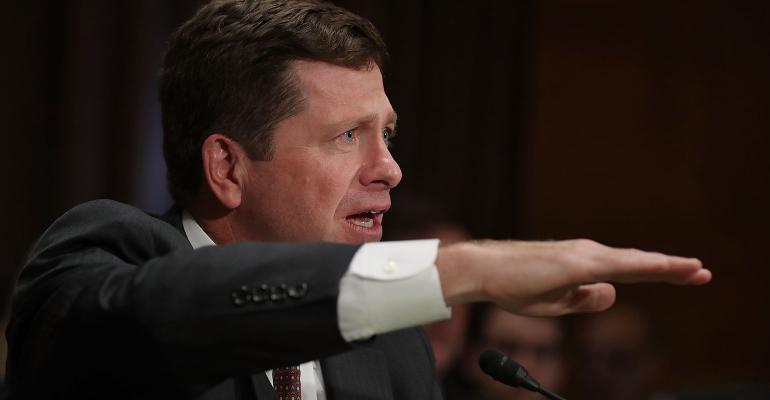 After 38 years, the SEC has changed its 'accredited investor' definition, moving beyond a focus on income and net worth and expanding the pool of those who qualify to invest in private markets.

The SEC voted 3-to-2 to expand its “accredited investor” definition Wednesday morning, moving beyond its original focus on income and net worth to also include “knowledge and expertise.” The changes expands the pool of those who qualify to invest in private markets.

The current definition of an accredited investor—based on an individual’s net worth and income—hasn’t been modified in any meaningful way since it was enacted via the SEC’s regulations governing the sale of unregistered investments in 1982.

Chairman Jay Clayton lauded the shift, arguing that a test of wealth alone was unfair to certain investors who wanted to participate in private markets. But critics have argued the shift could open more investors to significant risk while weakening the stability and strength of the country’s public markets.

“Any expansion in private financing due to these amendments, given the limited nature of the expansion of the accredited investor definition, is likely to be most meaningful in the area of small, local business financing,” Clayton said. “Adding clearly financially sophisticated persons to the pool of persons eligible to participate in these financings is a laudable and unassailable policy goal.”

The SEC originally asked for public comment on potential changes to the accredited investor definition in June of last year. The 1982 rule defined accredited investors as having at least $200,000 in annual income or more than $1 million in net worth. The new definition allows individuals to qualify if they have “certain professional certifications, designations or credentials;” according to the commission, this includes Series 7, 65 and 82 licensees, and the regulator remained open to considering additional forms of certification that may qualify someone as an accredited investor.

The rule qualifies SEC- and state-registered investment advisors as accredited investors. It also qualifies individuals who are “knowledgeable employees” of the private fund in which they are investing, as well as LLCs with $5 million in assets, exempt reporting advisors and rural business investment companies.

In their opposition to the rule, Crenshaw and Lee argued the rule changes did not account for the inflation that’s occurred in the past 28 years, didn’t protect senior investors and risked investor protections due to paltry private market oversight.

However, Clayton disputed the notion that private markets could result in there being fewer public companies.

“Simply stated, the change in the definition will provide clearly sophisticated individual investors with more opportunities to invest and to diversify their investment portfolios, but it will not substantially affect aggregate capital flows among participants and private and public markets,” he said.

Barbara Roper, director of investor protection at Consumer Federation of America, said that the concern was not necessarily regarding the rule change but the commission’s unwillingness to adjust the financial thresholds for accredited investors. By continuing to expand the pool of investors who can participate in private markets, the SEC is expanding the number of investors who can operate without the transparency offered by the public marketplace.

“By any measure of whether investors can fend for themselves, it’s ‘do they have access to information, can they value those securities in the absence of information, and are they sufficiently wealthy that they can withstand the potential losses and liquidity risks in private securities?’” she said. “The vast majority of accredited investors today don’t have any of those three characteristics.”

The reaction on social media was mixed, with many, including Commissioner Peirce, arguing the change in definition provided a much-needed (and long overdue) expansion of access into private markets:

Americans shouldn't have to ask the SEC for permission to invest, but today's accredited investor rule at least offers people a path to ask permission based on their education, rather than simply telling them "no, unless you're rich": https://t.co/uP9zo8pVkZ

Kudos to the SEC for updating the Accredited Investor rules to include level of financial education rather than just net worth. Hopefully this opens access to private markets to larger pool of people.https://t.co/EtVIAMiItR

Others worried about the ramifications of the rule change:

The rule will go into effect 60 days after being published in the Federal Register.