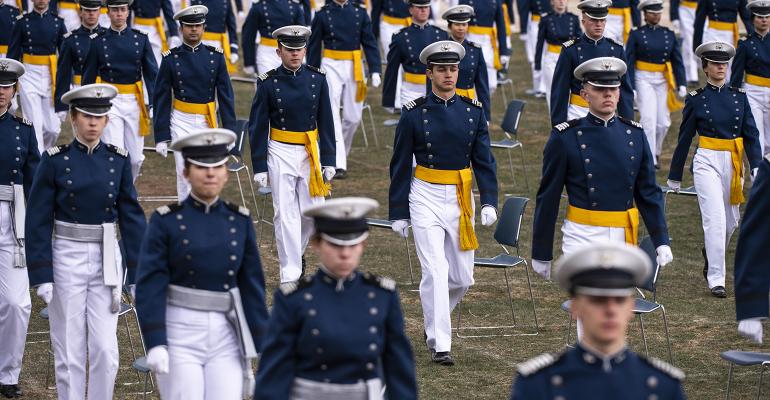 The SEC settled charges against Milton Dosal Jr., arguing that he raised nearly $100,000 from about 41 investors claiming he could trade stocks on their behalf despite not being a registered broker.

The SEC settled charges against Milton J. Dosal Jr., arguing he raised nearly $100,000 from about 41 investors between December 2017 and February 2019, a quarter of whom were cadets. Dosal claimed to be a stock broker, telling investors he could day trade stocks on their behalf with as much as 10% in weekly returns, according to the SEC.

But Dosal had never held a securities license or been registered with the SEC, and was in fact a home appliance installer, according to the SEC.

“As alleged in our complaint, Dosal enticed military service members and others to invest with false claims that he was a highly successful day trader,” said Kurt Gottschall, the director at SEC’s Denver Regional Office. “The SEC will continue to vigilantly pursue fraudsters who prey upon those who serve our nation.”

According to the SEC, Dosal started day trading for himself in January 2017, and despite his meager returns, he advertised himself as a day trader for others that fall. Dosal was a car enthusiast, and reportedly met an Air Force Academy cadet at a car show and eventually convinced him to invest $5,000, according to the SEC. The complaint stated that Dosal falsely told the cadet he made about $40,000 per month by day trading stocks and that he would split the cadet’s funds among penny stocks.

In late December of that year, Dosal falsely showed the cadet that his investment had more than doubled, and used his relationship with the cadet, as well as speaking about his own military service, to form connections with other Air Force Academy cadets to convince them to invest, according to the commission.

But Dosal was running a Ponzi scheme, using new investment funds for his own personal expenses (including gambling and jewelry), as well as using new funds to pay back previous investors, according to the SEC. Between December 2017 and the middle of May in the following year, Dosal had raised about $22,000 in investor funds but used little of it for actual investments, with much of it going into his own accounts, the SEC complaint stated.

By that point, Dosal had lost $17,060 on his own trading activities and stopped trading securities altogether, but he continued to market himself as a day trader for investors, raising a further $76,000 that went toward paying prior investors to fraudulently convince them they were getting returns on their investments, according to the SEC.

The SEC complaint also stated that Dosal would create false account balances at the company through which he claimed to trade, often texting or messaging an investor a fictitious dollar amount Dosal held on their behalf.

In the settled charges, Dosal did not admit or deny the SEC’s allegations, but he agreed to a judgment enjoining him from ever violating anti-fraud or broker/dealer provisions of federal securities laws, while he also agreed to return $51,633 of allegedly ill-gotten gains, a prejudgment interest of $3,503 and an addition civil penalty of $51,633.