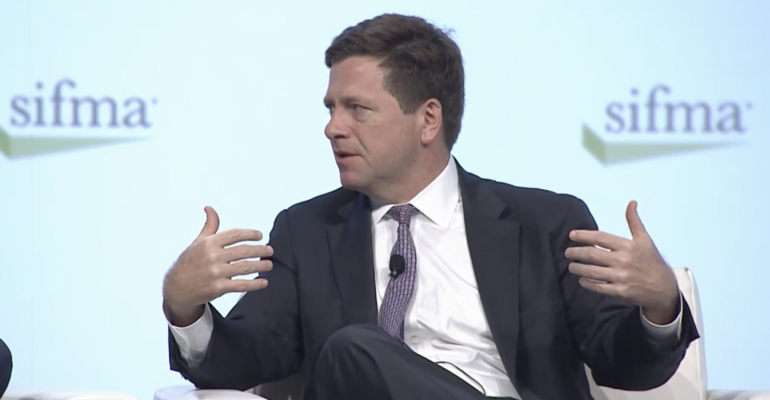 Critics worry that the latest rule changes will weaken investor protections by expanding the number of investors who could access the markets yet would be unable to sustain heavy losses.

The SEC approved a number of rule changes that would expand retail investors’ ability to invest in private markets. It marks the latest move by the commission this year to expand investors’ access to exempt securities offerings, though critics on the commission contend the changes could endanger investor protections.

SEC Chairman Jay Clayton lauded commission staff for their overview of the complicated history of private securities offerings regulation and argued that the new amendments to the Securities Act of 1933 would serve to harmonize what he called a “patchwork” of different rules and regulations.

“We are eliminating costs and providing access, including in areas where individual investors can be more likely to sit side by side with professional investors,” Clayton said. “Harmonizing requirements across exemptions allows issuers to more easily navigate our framework—and ensure they are complying with our rules, including the important investor protections embedded in each.”

The amendments include numerous and often minute changes to the Securities Act, including the ability to allow issuers to move from one exemption to another, increasing offering limits for investments covered under certain types of SEC regulations and rules and harmonizing disclosure and eligibility requirements.

Commissioner Allison Herren Lee joined Commissioner Caroline Crenshaw in unsuccessfully opposing the rule’s passage in a 3-2 vote. She expressed concerns about increasing capital raising limits in certain offerings but said her worries should be seen in context with other recent rule changes the commission made, including changes to the “accredited investor” definition earlier this year.

“But my larger concern is the sweeping effect of these changes taken together and in the broader regulatory context, including the Commission’s failure to address the effects of inflation on the nearly 40-year-old wealth thresholds in the accredited investor definition,” she said. “Because of the Commission’s failure to modernize these wealth thresholds, the pool of accredited investors is getting steadily bigger and the investors in that pool steadily less wealthy.”

The SEC approved the definition change in late August, with Clayton and supporters arguing that the definition, which had been used since 1982, needed updating. The rule expanded the definition of investors who were allowed to participate in private markets not only to include those who qualify based on wealth and net income but also to allow for investors who have certain certifications or other credentials. As Lee noted, the rule change did not change the wealth and income limits.

In addition to the accredited investor redefinition, the commission proposed a rule last month expanding access to private markets for individuals who could solicit accredited investors without having to register as brokers, serving as “finders” for issuers seeking investments.

In her public statement, Commissioner Hester Peirce believed harmonizing the framework was important to help small and midsize businesses get access to capital that they might not have otherwise, especially in the midst of COVID-19’s economic impact. Companies may need to rely upon exempt offerings in the private market to raise capital before reaching the point where they could consider going public, according to Peirce.

“Companies do not face a one-time, binary choice between raising capital in the public markets or raising it in the private markets. Rather, one market may be more appropriate than the other depending on the stage of a company’s development or the circumstances it faces,” she said. For many companies, the upfront costs of going public and the ongoing costs of being a public company are beyond their available resources.”

Crenshaw argued in her statement that the rule changes failed to address the question of how richer investors tend to have better access to more promising investment opportunities in private markets, and the lack of investigation into this threatened to “further entrench the country’s increasing and concerning economic divide.” In responding, Commissioner Elad Roisman questioned the assertion.

“We have taken a tailored approach to bolster the ability of businesses to get access to capital while preserving investor protection. There’s no guarantee that any company, whether it’s public, private or otherwise, will succeed,” he said. “In terms of information disparity, there’s always information disparity, but one of the beauties of our system is that we require certain information to be provided which we think are necessary for material investment decisions.”

Crenshaw said that she still had concerns about these issues and hoped the conversation would continue.

“I don’t think private offerings treat all investors equally, and I think there is evidence to suggest that many businesses do fail,” she said.