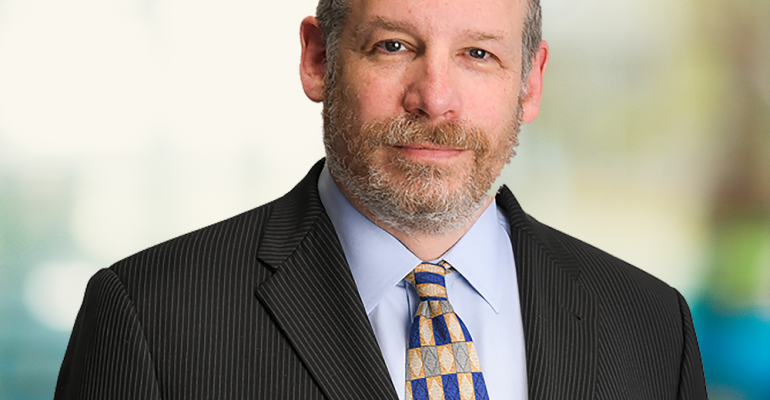 In a discussion with WealthManagement.com, Hugh Berkson said the organization will continue to raise awareness of the issue of unpaid arbitration awards and the alleged misuse of forced arbitration clauses by RIAs.

For the second time, Hugh Berkson is president of the Public Investors Advocate Bar Association (PIABA) and is stressing that the ongoing market volatility will likely be followed by a rush of investor complaints over the actions of their brokers and advisors.

In particular, Berkson predicted there’d be an uptick in client complaints about nontraded real estate investment trusts (REITs) and other private placements, calling markets like the current one “fertile ground” for such products.

In an interview with WealthManagement.com, Berkson detailed PIABA’s priorities for the coming year, ranging from lobbying regulators and legislators about the issues of unpaid arbitration awards and forced arbitration clauses by RIAs, as well as supporting proposed legislation to fund law clinics that would assist retail investors with small claims.

Berkson’s first stint as PIABA president was from October 2015 to 2016, and he officially began his second term during the organization’s annual meeting in San Antonio, Texas, last month. Berkson said PIABA wanted “experienced leadership” in the president’s position, as Robin Ringo, PIABA’s first (and, thus far, only) executive director is retiring next March after 26 years in the role; Jennifer Shaw, a litigator and formerly of the Oklahoma Department of Securities, will succeed Ringo.

While Berkson said he was well prepared by his previous tenure, readying for the coming term proved to be a heavier workload, as the organization now meets more frequently with the SEC, FINRA and legislators. Berkson found the current market turmoil to be a “return to the status quo” for older members of the organization, who’d been accustomed to market cycles that lasted four to seven years. Six to nine months after those events, Berkson always found clients would question if they had valid claims.

“What would happen is the market would start to rebound, and people at cocktail parties or soccer fields or football stadiums would talk about how they’re doing better, or on their way back,” he said. “After a number of those conversations, Investor X begins to realize, ‘Wait, I’m not coming back. Everyone else says they’re rebounding and I’m not.’”

While the SEC’s Regulation Best Interest rule is now in effect (with the SEC and FINRA both bringing enforcement actions), Berkson said it’ll take time before it applies to customer claims and even longer before judges, juries and arbitrators grapple with the duties the rule imposes.

In addition to nontraded REITs, Berkson suspected there’d be upticks in equity indexed annuities and variable universal life policies; in the latter case, a client could be saddled with spiraling insurance costs during a down market. With nontraded REITS, a broker or advisor could solicit clients troubled by seeing their investments rising and falling drastically in a volatile market. The broker will push the REIT’s purported stability in the face of such turmoil.

“‘And it’s real estate, nobody loses money on real estate,’” Berkson said, describing the broker’s pitch. “People buy in, not realizing that the return they’re getting is all too often raised from other investors, it’s not coming from operations. And when they need their money back, it’s illiquid.”

PIABA also will continue to be outspoken about unpaid arbitration awards, according to Berkson; last year, an analysis Berkson co-wrote found that nearly three out of 10 awards for claimants from FINRA’s publicly available arbitration awards in 2020 went unpaid, with 24% of the money from that year not being paid by defendants.

Berkson further said that PIABA hoped to speak with regulators about possible insurance for brokers’ mistakes and pushed for a national investor recovery pool (PIABA has long called it the best and least expensive solution of the problem). Funding the pool could come from FINRA’s accrued fines and penalties, and if it was passed on, Berkson speculated it would come out to about $100 per broker, or 14 to 15 cents per investor if it was passed on to them. Berkson said he hoped the organization could get more movement out of regulators, and that PIABA would not have to advocate in other environments, including the press.

“As long as the problem persists, and as long as no meaningful action is taken, we’ll continue to do that,” he said. “We’re not going to allow the problem to remain ignored.”

PIABA is looking forward to data collected by the SEC on the misuse of forced arbitration clauses by RIAs. Specifically, Berkson said some RIAs will mandate expensive arbitration forums so that costs and fees exceed the investment losses (and discourage clients from pursuing claims), as well as demanding inconvenient venues leading to significant travel expenses and hedge clauses that limit liability.

Berkson said that stories about these types of experiences were “terrifying” but anecdotal, and hoped the SEC’s data analysis would allow for PIABA to make “rational recommendations” to regulators based on the data.

PIABA’s also going to continue to push for passage of the Investor Justice Act, according to Berkson. The proposed bill was introduced in Congress earlier this year and would help investors with their cases if private practice attorneys won’t take on the cases due to the relatively low size of the claims.