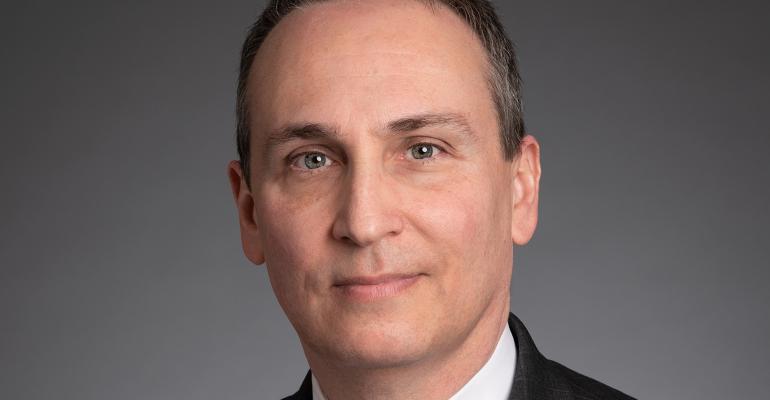 New CFP Board Enforcement Chief Brings a Separation of Functions

New enforcement head Tom Sporkin and his team now oversee the detection, investigation and prosecution of alleged violations, while another team will handle the adjudication, a move that mirrors the workflow at the SEC and FINRA.

The CFP Board brought on its new head of enforcement, Thomas Sporkin, in January, a move that has allowed the organization to divide its enforcement unit into two separate functions. For the first time since his hiring, Sporkin detailed the new enforcement structure, which he believes will build better public confidence that disciplinary violations by CFP professionals will be caught.

“The goal is to instill confidence in the public that if you’re dealing with a CFP certificant, you know that his or her conduct is subject to our ongoing detection efforts,” Sporkin, the CFP Board’s first-ever managing director of enforcement who used to work in the Securities and Exchange Commission’s Enforcement Division, said. “And for the 99.99 percent of CFP certificants who are in good standing, having a robust Detection and Enforcement program at CFP Board is good for them, as well.”

His hiring and the board's rearrangement of its enforcement structure involved a separation of the responsibilities that go into any given investigation into a CFP professional’s conduct. Sporkin's team manages the detection, investigation and prosecution of alleged violations of the board's Code of Ethics and Standards of Conduct, while General Counsel Leo Rydzewski handles the adjudication, or the decision, and appellate functions in any disciplinary matters. Rydzewski will also be charged with providing guidance to industry professionals, as well as to the Disciplinary and Ethics Commission that hears cases of code violations.

Sporkin, who started in the new role Jan. 4, said separating these functions between himself and the general counsel would mirror the workflow at agencies like the SEC and FINRA, calling it the "evolved or most advanced model" for an entity like the CFP Board.

Splitting that workload also means Sporkin and his team could concentrate on updating some of the more granular aspects of the enforcement process, he said. In the detection process, Sporkin wanted to make sure they were effectively collaborating with entities like the SEC, FINRA and the North American Securities Administrators Association (NASAA) by accessing data feeds that could help the board's enforcement team when vetting potential disciplinary violations. Sporkin also wanted to make sure different divisions within the enforcement process were effectively passing off information and conclusions they'd gathered, from the detection and investigation process through to the end. They also wanted to ensure that information's been memorialized along the way.

“But there’s no substitution for the low-tech techniques, either,” he said. “If you’re running an enforcement group, you’ve got to grind out investigations, too.”

Sporkin's background includes a 20-year tenure at the SEC, where he worked in the Enforcement Division, supervising investigations into financial reporting, stock options backdating and internet-related securities fraud. After leaving the commission in 2012, he joined Buckley LLP, focusing on enforcement defense, compliance counseling, internal investigations and private litigation.

When Sporkin was hired, CFP Board CEO Kevin Keller said these dual experiences made him a “stronger candidate,” with expertise in finding potential SEC rule violators while also defending individuals accused of such violations. Sporkin said his time as a defense attorney underlined the need for any regulator to be predictable and consistent.

“The enforcement attorney in me from the SEC wants to make sure that we take on matters that have importance,” he said. “And the defense attorney in me wants to be sure we’re being fair in the way we do that.”

The CFP Board began revising its Code of Ethics and Standards of Conduct in late 2017, with the final version going into effect last summer. Additionally, the board created an independent task force to investigate how it could update its enforcement procedures after a July 2019 report from the Wall Street Journal indicated that thousands of CFPs had failed to disclose consumer, criminal or regulatory incidents to the board. The task force delivered its report in December 2019, arguing there were “significant failures in the board’s enforcement program,” though it cited “system, longstanding, governance-level weaknesses” as the primary reasons for the disciplinary issues.

New Board Chair Doug King said Sporkin was already making an impact in helping to enforce the revised codes, which he said were a “big, big change” for CFP professionals.

“He’s putting together a team and a plan, and as a board, we’re making sure that plan is being executed, and making sure there’s a credible, efficient program to make sure people in the field are held to those standards,” King said.

There had already been additional hiring underway in Sporkin’s department before he came onboard, and he said he was happy to find that the enforcement staff was “as good as anywhere” he’d been. But Sporkin stressed that the group's focus should remain on enforcement, and it was not the appropriate entity to give out guidance.

“One of my goals is to run a very fair process, with consistency and reliability. I don’t want any CFP certificant to be surprised if they get a call from us,” he said. “To me, that’s how you fairly carry out an enforcement function. We’re not trying to create new rules through our Enforcement program.”