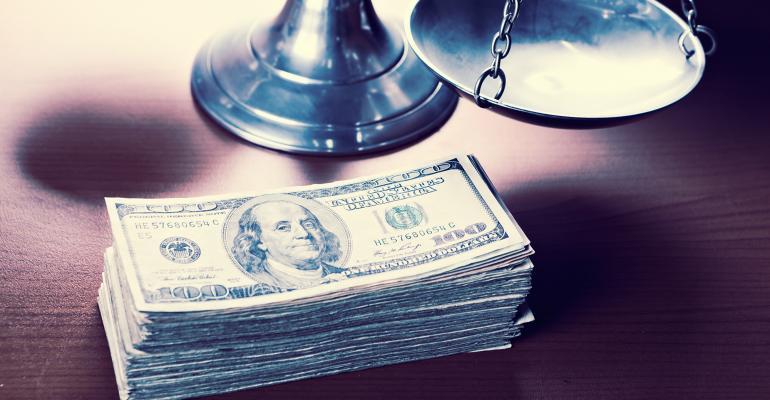 The model act is currently open for public comment until the end of the month, and if passed, it would be up to individual states to enact legislation.

A new model act from the North American Securities Administrators Association (NASAA) will help victims of securities violations get restitution, even when an advisor or firm is unable to pay it themselves, the association announced this week.

The model act proposes that states create a restitution assistance fund, according to Christopher Gerold, NASAA’s president and chief of the New Jersey Bureau of Securities. The model act would cap restitution at either $25,000 or 25% of the amount of the unpaid restitution, depending on which total is lower, with $50,000 available for certain investors depending on the circumstances. Gerold said such a fund would be a welcome tool for regulators.

“One of the frustrating things as a regulator is that it’s often too late; the money’s gone and you really have sympathetic victims you can do little for at that point,” he said. “Some of these victims have lost their lost savings. Many of them are older, and hoped that money would see them through retirement, so any time we can help victims like that is a good thing.”

The model act was inspired by similar legislation out of Indiana, Montana, Vermont, Kansas and Maine, Gerold said. The Indiana and Montana legislation has been in place for nearly 10 years and is operating successfully. Since 2010, Indiana has paid out about $1 million in restitution to 102 victims, while Montana has paid $1.6 million to 118 victims since its own legislation was passed in 2011.

Unpaid arbitration awards also remain an issue for agencies like FINRA; in 2018, 30% of cases with awarded damages had at least some of those damages go unpaid. That same year, FINRA awarded $92 million in damages, $31 million of which went unpaid. Additionally, the agency has also released lists of firms and advisors that did not pay restiution, and between 2012 and 2016, it suspended 154 brokers for failing to pay arbitration awards. The agency continues to update a list of firms or brokers that have unpaid customer arbitration awards, and also completed a 2018 report with extensive data tracking the frequency of unpaid arbitration awards.

The regulatory agency proposed legislation late last year that would help victims of securities violations by amending the Code of Arbitration Procedure for Customer Disputes to allow investors to move arbitration cases to the court system if the accused brokerage firm becomes inactive or declares bankruptcy during the proceeding. This would grant investors a wider array of tools when pursuing restitution, according to an alert from the law firm Troutman Pepper.

In March 2018, Sen. Elizabeth Warren (D-Mass.) proposed the Compensation for Cheated Investors Act, which would have created a pool of funds collected from penalties levied against fraudulent brokers to offer restitution to affected investors. FINRA’s own proposal was sent to the SEC for review in late November of last year, and its comment period closed one month later, according to Troutman Pepper. Some, including the Financial Services Institute, previously argued that restitution funds may encourage bad behavior and believed barring brokers from the industry would be a more effective deterrent.

NASAA’s model act offers suggestions for how states can procure money for the proposed restitution funds, while avoiding being prescriptive about a certain approach. The suggestions include civil fines and penalties, portions of licensing or registration fees, funds received into an enforcement account, appropriations, gifts, grant requests or other donations or voluntary contributions, or transfers from other areas within the budget. It is open for public comment for the rest of July, and Gerold intends for the act to go to a vote among NASAA leadership at the association’s annual meeting in September. State securities officials and legislators would then be free to use the model act as the basis for legislation or regulation.

“It’s up to the jurisdiction if they want to have it adopted in their jurisdiction,” he said. “Most states would need a legislative change….but it gives the member jurisdictions a starting point to bring to their legislature and hopefully it will be adopted.