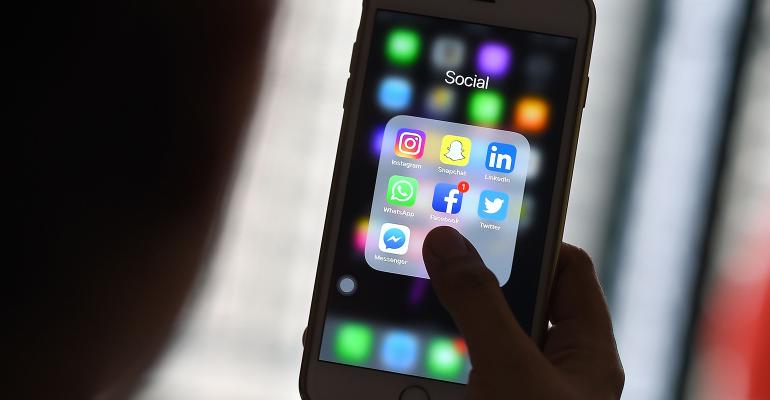 FINRA will look at how firms acquire customers through social media, particularly through outside influencers with large online followings.

The Financial Industry Regulatory Authority’s exam letter released last week targets how firms use social media to bring in new business, following President Robert Cook’s assurance earlier this year that such focus was forthcoming in the wake of the market volatility accelerated by runs on GameStop and other "meme" stocks earlier this year.

According to the targeted exam letter, the agency will review how firms acquire customers through social media, as well as how firms manage their compliance obligations “related to information collected from those customers and other individuals that may provide data to firms.”

Specifically, the exam letter asks firms to reveal whether they contract with outside individuals or vendors for their social media activity. In the letter, FINRA says firms will be asked to supply engagement letters, contracts and written (or nonwritten) arrangements in which the firm compensated anyone in return for their social media activity. Additionally, firms would be asked to describe how they decide to recruit social media "influencers," as well as the social media postings and content connected to an influencer’s touting of that firm.

The targeted letter defines “social media influencers” as “any third party with whom the firm contracts or compensates to provide social media communications.” This can compare to how firms regulated their own marketing practices in the past, according to Jennifer DiValerio, managing director at Foreside, a compliance consulting firm for the wealth and asset management industries.

“If a firm is utilizing an influencer, it’s really an extension of their firm,” she said. “It’s an extension of their marketing program in and of itself. Therefore, they have the obligation to make sure their communications are not misleading or misrepresentative, but that they’re fair and balanced.”

But unlike third-party marketing consultants, social media influencers come to an arrangement with a high number of devoted followers. To DiValerio, this "fanbase" is what makes the influencer/firm relationship unique from previous marketing examinations. In this case, the information an influencer touts may mirror what’s on a firm’s website, but it’s being relayed to an audience with a different relationship to the messenger.

“Firms just have to be careful in navigating the communications and ensuring they have the disclosures required, whether it’s compensation or anything related to the content or material the influencer is promoting,” she said.

The effort in the wake of the GameStop saga is a sign of regulators’ evolving role in response to social media’s impact on the market. Recently, Massachusetts Commonwealth Secretary William Galvin fined MassMutual $4 million for failing to supervise the social media practices of Keith Gill, a registered rep who became one of the central figures of the saga by touting GameStop stocks via his online moniker "Roaring Kitty."

To Sander Ressler, a managing director of Essential Edge Compliance Outsourcing Services, FINRA’s authority over these individuals (and the firms’ relationships with them) could have unintended consequences. A situation like Gill and MassMutual was clean-cut, and platforms and discussion sites like Reddit were merely the newest venues for the older issue of market manipulation. But he cautioned FINRA to tread carefully.

“If they decide their only means of affecting this community is through the regulated platforms they trade on, that’s almost a situation for martyrdom. These people could revolt and they are the next generation of investors,” he said. “If they don’t believe in market transparency, and that markets are fair and they’re being treated the same as a hedge fund manager, when they become the backbone of the investing public (and it isn’t going to be long) their distrust in the system could ultimately be catastrophic.”

During a panel at the North American Securities Administrators Association's annual meeting last week, William A. Rivera, the senior vice president for litigation at AARP Foundation, argued that regulators’ role in overseeing social media communications raises “all kinds of First Amendment concerns.” While certain types of behavior (like misrepresenting oneself to pump or drop a stock price) were clearly examples of market manipulation, Rivera questioned whether that was the case when online investors pursued courses of action to hurt short sellers.

“That’s not being deceptive, that’s Babe Ruth calling his shot in a very dark kind of way. It’s hard to say it’s deceptive, but it’s clearly trying to manipulate or influence the direction of a stock price,” he said. “It really is a brave new world in what these influencers can do with the stock."