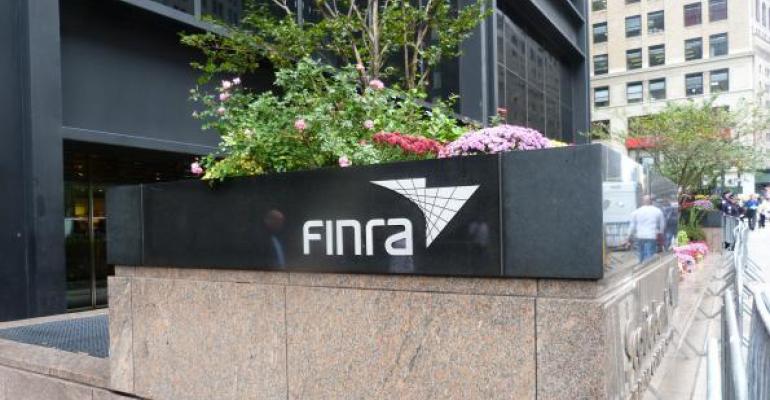 In a settlement, FINRA said the firm mistakenly believed that third-party b/ds executing the trades were responsible for spotting potential market manipulation.

Wedbush Securities will pay $975,000 for failing to supervise trades funneled through the firm and executed by third-party broker/dealers, according to disciplinary charges from the Financial Industry Regulatory Authority.

It also has a checkered history with regulators, according to the FINRA filing. In 2014, Wedbush agreed to pay $2.44 million to settle Securities and Exchange Commission charges that it failed to put proper risk controls in place for b/d customers (including thousands of overseas traders).

One year later, the firm was fined $1.8 million by FINRA, Nasdaq and the New York Stock Exchange Arca for similar lapses. The firm also paid $1 million to NYSE Arca in early 2019 for again not having sufficient risk controls in place to detect potentially manipulative trades, according to FINRA.

Partially because of these actions, Wedbush stopped offering market access services to customers in June 2015, according to the FINRA letter. But the firm continued to let some of its electronic trading customers access third-party platforms that routed customers’ orders to b/ds to execute the trades.

“Wedbush mistakenly believed that it was not required to review this trading for any type of potentially manipulative activity since it was no longer providing market access,” the FINRA letter alleged. “Instead, the firm believed that the obligation to review this trading for potentially manipulative activities rested solely with the executing broker-dealers.”

This meant that the firm wasn’t conducting supervisory reviews of many trades since it stopped offering direct market access in 2015. Therefore, Wedbush was in danger of missing instances of manipulative trading, including “layering, spoofing, wash sales, or marking the close or open,” according to FINRA.

In one instance, Wedbush missed potential layering in early 2017 from an institutional client (layering is when a trader makes and then cancels trades they never intend to finish to impact share prices). The unnamed third-party b/d working with Wedbush caught the potential instances of market manipulation that March and informed Wedbush, which subsequently closed the customer’s account, according to FINRA.

But the regulator slammed the firm for not taking steps to detect other customers potentially manipulating trading, leading to about 90 customers calling for more than 3.4 million transactions with 13.5 billion shares that went unreviewed by Wedbush since 2015.

The firm also failed to put systems into place to “review for potential layering and spoofing by the firm’s proprietary traders and all firm customers,” according to FINRA. The firm’s written procedures didn’t include anything requiring reviews for this kind of activity until June 2019, but even then, the procedures were better designed to catch other types of manipulative trades.

Wedbush’s regulatory skirmishes with regulators include 2018 charges from the SEC for failing to supervise an employee running a pump-and-dump scheme, as well as joint FINRA/NYSE charges that Wedbush didn’t properly supervise one of its clearing customers. This is in addition to other charges focused on document fabrication and anti-money laundering-violations; in total, the firm’s mandatory disclosures on BrokerCheck include 126 different “regulatory events.”

In total, about $82,143 of the $975,000 fine will be paid to FINRA, with the remainder going to a number of other affected exchanges, including Nasdaq and the NYSE. The firm also agreed to a censure while not admitting or denying the accusations included in the settlement.