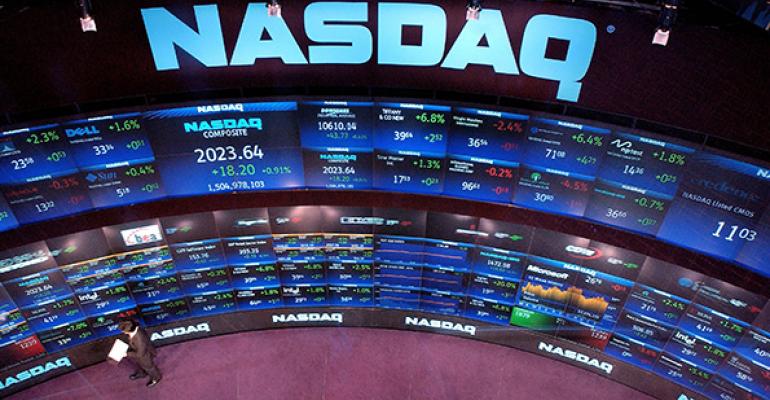 Wedbush Securities is getting fined for yet more regulatory failures. FINRA and the Nasdaq Stock Market on Monday jointly censured the California-based firm, levying a $675,000 fine for failing to supervise its clearing customer, broker/dealer Scout Trading. For over two years, Scout Trading participated in naked shorting of ETFs, which resulted in repeated failure by Wedbush to deliver the securities. Nasdaq previously fined Scout Trading $3 million for its alleged violations. Wedbush has been fined for numerous regulatory failures in recent years, including muni fund rule violations, document fabrication, anti-money-laundering violations and market access issues.

NorthStar Financial Services Group, the holding company for CLS Investments, Orion Advisor Services and Gemini Fund Services, has tapped Jon Baum as its new executive chairman. Most recently, Baum served as the owner of JB Squared Investment Consulting, where he provided business consulting to major financial corporations, according to his LinkedIn profile. He also served as an advisor and board member at RidgeWorth Investments. Prior to that, he was chairman and CEO of The Dreyfus Corporation, a subsidiary of BNY Mellon. Michael Miola, co-founder of NorthStar along with the late Patrick Clarke, was previously serving as chairman of the company. Early last year, Miola decided to sell his shares in the company and retire, so the firm sold a majority stake to private equity firm TA Associates. Some of the firm’s subsidiaries are run by Clarke’s sons: Eric Clarke is CEO of Orion Advisor Services; Todd Clarke runs CLS Investments; and Brett Clarke runs Blu Giant, along with Miola’s son, Joseph. Read more about the family business here.

A new study by BackBay Communications and Osney Media found that 96 percent of investment management firms have introduced data into their organization and are using it for performance measurement, investment decision-making, regulatory reporting and risk management. But only a third of the respondents said it was being used well, and a quarter said senior management doesn’t recognize the value of it. The danger for these firms is missing out on business intelligence because the data just isn’t good enough, what the authors of they survey dubbed as the “data glass ceiling.”

A group of 51 millionaires in New York City have written a letter to Gov. Andrew Cuomo and state legislators seeking that the state’s temporary “millionaires tax” be made permanent. The group, which includes Steven C. Rockefeller, Abigail Disney and Lewis Cullman, is supporting the Fiscal Policy Institute’s 1% Plan for New York Tax Fairness, according to the Washington Post. The plan calls for tax rates of 7.65 percent to 9.99 percent for a number of brackets starting at $665,000—the income threshold for the top percentage of New Yorkers. The money the state would collect in taxes from them would go, they hope, toward boosting public education from pre-K to college, as well as infrastructure projects like repairing failing bridges, tunnels, water lines, public buildings and roads.