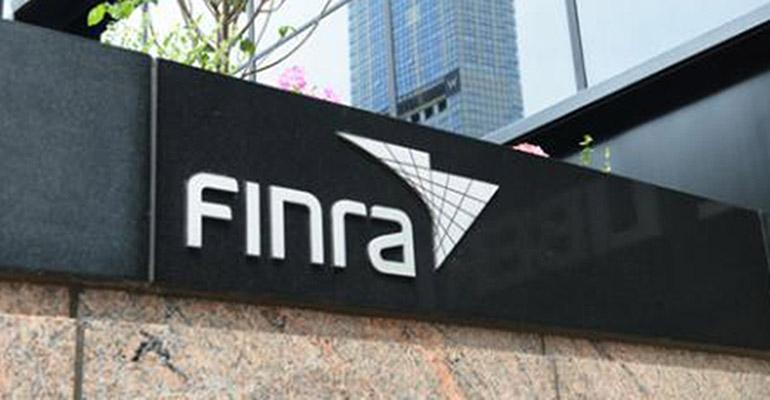 The scrutiny stems from registered reps who obtained PPP loans through undisclosed outside business activities, but a letter to one such rep is not part of a targeted examination or ‘sweep,’ FINRA says.

The Financial Industry Regulatory Authority is examining certain registered reps who received loans through the government’s Paycheck Protection Program (PPP), according to a letter obtained by WealthManagement.com. Securities attorneys and analysts say the scrutiny concerns reps with outside businesses who took loans for those entities but never disclosed the existence of those businesses to their member firms.

The letter, which was sent to an unnamed recipient, says the agency’s National Cause and Financial Crimes Detection Programs is looking into the receipt of the loan in an attempt to gauge “whether violations of the federal securities laws or FINRA rules have been violated.”

Among other things, the letter asks the recipient to provide answers and documentation on whether they took any type of federal coronavirus relief, their compensation since October 2019, as well as identifying and describing any outside business activity the rep has engaged in since 2015, and whether that activity was disclosed to their member firm. The agency asked for a response by Feb. 3.

Max Schatzow, an attorney with Stark & Stark’s Investment Management and Securities Group and the author of the investment advisor blog AdviserCounsel, said there could be numerous recipients receiving similar letters. He suggested that the unnamed representative could have applied for the loan through a hybrid RIA, or for an entirely unrelated business.

“Under Rule 3270, a representative just has to provide written notice to their employer of the existence of the business,” he said. “Whether this outside business is successful, I don’t see it as being highly important to whether or not a person is ethical or moral, or is trustworthy. I don’t think it’s so telling.”

The PPP was originally included in the CARES Act last year, which Congress passed in late March as an attempt to offset the economic strife of COVID-19’s spread. The initial process proved difficult for advisors, and applicants raised concerns about how to apply and whether pursuing a loan application was ethically sound. In all, nearly 2,000 financial advisory firms received a PPP loan.

In a statement, a FINRA spokesperson confirmed that reps with undisclosed activity were the focus of the letters, not firms. Additionally, the spokesperson stressed that the letter in question was not part of a targeted FINRA examination or “sweep,” which are “used to focus examinations and pinpoint regulatory response to emerging issues,” according to the agency’s site.

“FINRA is proactively looking at registered representatives that obtained loans through undisclosed outside business activities,” the spokesperson said. “It is core to FINRA's mission to detect, deter and investigate potential fraud.”

Bill Singer, a securities attorney and author of the BrokeandBroker.com blog, said the regulatory agency had steadily widened the scope of outside business activity that could be assessed under its rules, with FINRA’s interest likely emanating from a rep’s disclosure lapses.

“My understanding is FINRA is investigating some of these matters, not that these individuals have defrauded the government,” he said. “But the interest is, ‘how can you get a loan for a business during the pandemic if you’ve never notified your employer you’re engaged with an outside business activity?’”

Securities attorney Richard Roth echoed the idea that FINRA was probing this disclosure issue, saying the PPP loans were acting as an indication that a certain rep may have business activity they hadn’t properly detailed to their member firm. Roth questioned how firms were finding this information out in the first place, suggesting that a requirement to disclose other businesses on the PPP loan application could be the reason.

But Schatzow wondered whether the letter’s demands supported the idea that the agency’s concerns were solely about disclosure. According to the letter, the rep in question would need to relate the outside business’s purpose, activities, the rep’s position in it, as well as any compensation and interest the rep has in it. To Schatzow, the agency’s probe extended beyond whether or not the rep had a business they failed to disclose.

“My only assumption is they’re going to question the merit and your need to apply for the loan program,” he said.

But even if a rep’s outside business activity was disclosed to their member firm, both the rep and that firm should be prepared for increased interest from securities regulators if that rep’s PPP loan was to come under scrutiny by the Small Business Administration (SBA), which ran the program, according to Dan Bernstein, chief regulatory counsel at the Hamburger Law Firm and MarketCounsel.

“If the first person that takes issue with it is the SBA or whatever, saying that ‘you took this for a fraudulent purpose,’ especially once we see that word ‘fraudulent,’ the firm should be ready for the next step, which is the SEC or FINRA coming in and saying ‘one of your reps was involved in a financial fraud,’” Bernstein said.