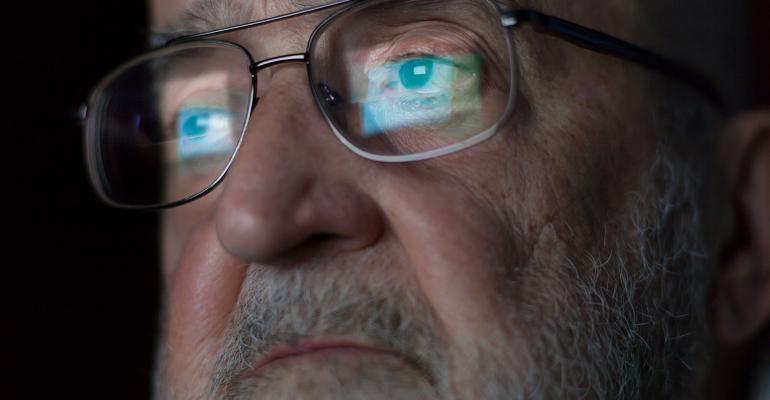 The danger of self-directed IRA scams heightened during the pandemic, as many investors were at home and online but isolated from in-person interaction, NASAA says.

The number of investigations and enforcement actions by state securities regulators remained largely steady during the COVID-19 pandemic, though the total amounts of restitution and penalties/fines each decreased by about half between 2019 and 2020, according to the North American Securities Administrators Association's annual enforcement report released this week.

But the number of state enforcement actions focused on self-directed individual retirement accounts (IRAs) more than doubled, from 24 in 2019 to 53 in 2020. Joseph Borg, the director of the Alabama Securities Commission and the co-chair for NASAA’s enforcement section, said the danger of self-directed IRA scams heightened during the pandemic, as many investors were at home and online but isolated from in-person interaction.

“That became the new trust vehicle for con artists to convince folks that ‘you’re not sending the money to me. You have control over it,’” Borg said.

With self-directed IRAs, investors can use tax-deferred retirement funds from traditional IRAs to purchase “alternative” investments that are not typically accessible; some self-directed IRAs allow people to invest in certain digital assets and cryptocurrencies, according to NASAA. But these options are usually directed at investors with particular interests or expertise in unconventional options, not the typical investor. Additionally, custodians for these IRAs do not tend to work like a typical IRA’s custodian, according to the NASAA report.

“Specifically, (self-directed IRA) custodians generally do not have the fiduciary duties associated with investment advisers,” the report read. “This lack of services, and protections, is fertile soil for scammers.”

Once a victim rolls over their 401(k) and IRA savings into the self-directed accounts, the schemer can access them, depriving the investor of their retirement savings, according to NASAA. Borg said self-directed IRAs were enticing tools for scammers because while investors were familiar with IRAs, they wouldn’t necessarily understand the difference between a traditional IRA and a self-directed equivalent.

NASAA conducts an annual survey of all U.S. members (the survey for 2019 found state regulators collected $700 million in total investor relief that year). Last year, states initiated 5,501 investigations and reported 2,202 enforcement actions in total, including 206 criminal actions, according to the report.

According to Joe Rotunda, the enforcement director for the Texas State Securities Board and vice chair for NASAA’s enforcement section, there were an additional 2,572 investigations that carried over from previous years, with 8,073 investigations in total. State regulators initiated 497 against registered parties, including 153 investment advisors, 115 IARs, 110 broker/dealer firms and 119 b/d agents. States also brought 619 total enforcement actions against unregistered parties in 2020, including 20 unregistered financial planners.

In total, $306 million was ordered returned to investors via restitution in 2020, compared with $634 million in the prior year, while there was $42 million in fines or penalties, a drop from $80 million in 2019, according to the report. In mulling the contrast between enforcement action rates and the drop in monetary restitution and penalties, Borg argued that investigations were less likely to be impacted by remote working, as investigations could still be opened and documents received and analyzed when working from home last year.

But Borg believed there would be a lag in criminal proceedings, though he speculated that was more likely to show up in next year’s data. He noted that restitution was often part of the criminal system, and often came near the conclusion of investigations.

“I do think we saw a slowdown on the criminal side,” he said. “But remember, there’s a time lag between opening up an investigation and moving forward on the cases.”

Earlier this week, NASAA announced a new campaign, partnering with the Financial Industry Regulatory Authority and the Securities and Exchange Commission's Office of Investor Education and Advocacy to urge investors to supply financial firms with a trusted contact. That person could be contacted by the firm in certain circumstances, including if there is suspicious activity in an account or if the investor cannot be contacted.

“All investors can benefit from adding a trusted contact to their account—having one or more trusted contacts provides another layer of security on the account and puts the financial firm in a better position to help keep the account safe,” FINRA President Robert Cook said about the initiative.