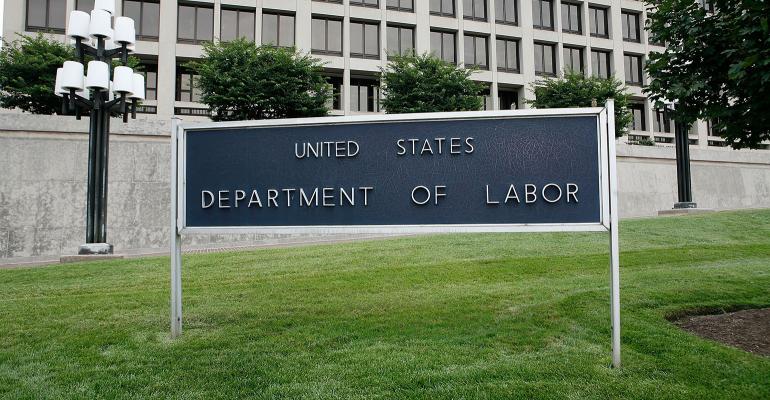 The Labor Department’s proposed rule would remove obstacles for fiduciaries to consider ESG issues in investments, with one public policy expert expecting it to be finalized by early 2022.

Fiduciaries likely will be expected to take climate change and environmental, social and governance risks into account when selecting investments and making recommendations for retirement plans, according to one securities attorney's interpretation of the U.S. Department of Labor's new proposed rule.

The new proposed rule, entitled “Prudence and Loyalty in Selecting Plan Investments and Exercising Shareholder Rights,” follows the Biden’s administration’s decision not to enforce ones finalized during the Trump administration, according to Ali Khawar, the acting assistant secretary for the DOL’s Employee Benefits Security Administration. He argued the previous rules created a “chilling effect” on ESG investments, and their reversal would strengthen workers’ retirement savings and pensions.

“A principal idea underlying the proposal is that climate change and other ESG factors can be financially material and when they are, considering them will inevitably lead to better long-term risk-adjusted returns, protecting the retirement savings of America’s workers,” Khawar said.

In March, the DOL revealed it would not enforce the Trump administration’s ESG-related rule. The Trump-era rule, which was originally finalized in October of last year, curtailed retirement plan fiduciaries’ ability to consider ESG investment vehicles and risk analysis in private retirement plans.

Former DOL Secretary Eugene Scalia argued at the time that the rule was in place to ensure that fiduciaries did not focus on “non-pecuniary” goals or policies, but Scalia’s approach was not particularly popular. According to a US SIF/Morningstar study of public responses, 96% of individual commenters, 85 out of 86 asset managers and 44 out of 46 financial advisors opposed the rule. At the time, critics argued that ESG considerations couldn’t (and shouldn’t) be separated from a business’s health and stability.

Supporters of the new rule lauded the shift, with U.S. Sens. Patty Murray (D-Wash.) and Tina Smith (D-Minn.) (respectively, the chair and a member of the Senate Health, Education, Labor and Pensions Committee) arguing it was “common sense” that ERISA fiduciaries should be allowed to weigh ESG factors when considering investment strategies.

“The Biden administration’s step to acknowledge this reality is a win for workers, retirees, investors, businesses, communities, the environment—everyone,” they said in a statement. “This new rule will help build a future for families that is more just, diverse, sustainable and financially secure.”

George Michael Gerstein, a co-chair of Fiduciary Governance and Environmental, Social & Governance at the law firm Stradley Ronon, said the new rule largely reflected prior DOL guidance (and particularly mirrored ESG-related guidance from the Obama administration), while preserving some attributes of the Trump-era rule.

But Gerstein found one aspect of the new rule could have significant consequences for ERISA fiduciaries. To Gerstein, the new rule clarified that government action via regulation or rule-making to address ESG issues like climate change could impact whether or not something was material. To Gerstein, this aspect of the rule could inspire a "presumption" among fiduciaries and plans to take ESG into account, even if it does not mandate doing so. Gerstein felt the rule would indeed instill such a presumption in favor of weighing climate change issues as material.

“If this rules goes through, I would not be surprised if various fiduciaries say, ‘This rule is enough that I’m going to take (ESG) into account, because I think my legal risk is greater if I don’t act on it than if I do,’” Gerstein said.

According to Aron Szapiro, the head of retirement studies and public policy for Morningstar, the new rule’s central tenet would allow employers to use investments with ESG considerations as the default for workers automatically enrolled in a plan, calling the move a “key to mainstreaming ESG.” Morningstar (which previously argued against the Trump-era rule) announced that Morningstar Investment Management and Plan Administrators, a retirement plan administrator, intended to offer the first pooled employer plan for the industry that would be “intentionally designed” to limit exposure to ESG risks, with an expected launch date of early 2022.

Szapiro speculated that at first, most people would not even notice the DOL’s rule change if it was finalized, but in time, he expected more investment managers would move toward incorporating ESG risk assessment when weighing long-term returns.

“Further, participants who want to may be better able to pick funds with specific ESG goals,” he said. “None of this will happen overnight, but this new regulation will start to nudge employers to take ESG into consideration in making investment selections.”

The Investment Adviser Association was pleased about the new direction, according to Associate General Counsel Sarah Buescher, echoing Khawar’s concern about the chilling effect of the prior rules, and said investment advisors were pleased by the DOL’s acknowledgement that ESG factors could be considered material.

“What we’ve heard from members is that, especially the integration of ESG factors, that is becoming part of the investment process, and the prior rule did not really acknowledge that point,” she said. “The direction they are going in now does.”

The proposed rule’s public comment period will run for 60 days, and is expected to be finalized “in more or less this form” by the early part of next year, Szapiro said.