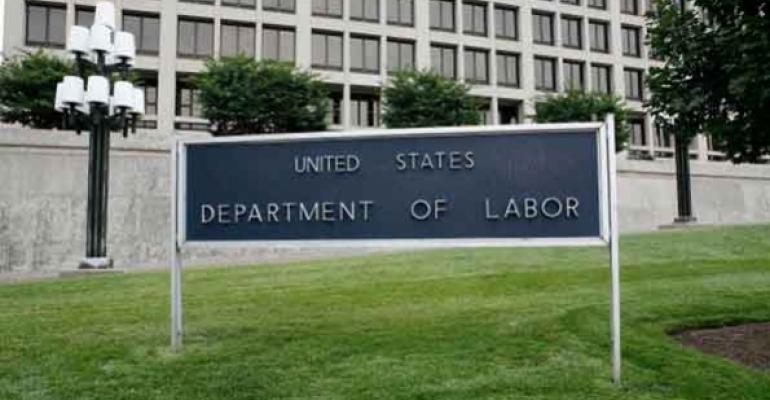 The rule, which would limit how fiduciaries use ESG screens in retirement plan investment recommendations, provoked intense criticism during its public comment period.

The Department of Labor released its final rule on how fiduciaries should—or should not—consider environmental, social or governance factors and investment funds in retirement plans, the culmination of a multimonth process that included considerable debate and criticism.

“Protecting retirement savings is a core mission of the U.S. Department of Labor and a chief public policy goal for our nation,” U.S. Secretary of Labor Eugene Scalia said about the rule. “This rule will ensure that retirement plan fiduciaries are focused on the financial interests of plan participants and beneficiaries, rather than on other, non-pecuniary goals or policy objectives.”

Related: A Blue Wave May Derail DOL's Rule on ESG in Retirement Plans

The final rule sets restrictions regarding ESG-focused investment vehicles and risk analysis in private retirement plans, requiring plan sponsors demonstrate that those investments not take on more risk or sacrifice returns. Notably, the final rule does not specifically reference “ESG” as a term, unlike the earlier proposal. While the DOL has given guidance over the use of ESG factors among plan fiduciaries, the rise in popularity of these kinds of investments led them to craft a more definitive rule, the department said.

The action also follows President Donald Trump’s signing of an executive order earlier this year asking the DOL to review retirement plans that are subject to ERISA regarding the growing tendency of some to deliberately exclude investments in the energy sector.

The final rule amends the DOL’s investment duties regulation from 1979 so that fiduciaries only select investments and make recommendations based on the material effect that the risk and/or return of an investment could have on a plan’s investment objectives.

The Trump administration has raced to implement the rule, which came under scrutiny during the public comment period. A US SIF/Morningstar study of the public response to the DOL rule found 96% of individual commenters, 85 out of 86 asset managers and 44 out of 46 financial advisors opposed the rule. The critics included Morningstar itself, which submitted a comment letter arguing that an ESG risk analysis cannot be separated from assessing a business’ long-term health and that fiduciaries should have an obligation to consider the factors.

“Firms without a plan to cope with climate change may be caught flat-footed in the face of new regulation or environmental realities,” the letter read. “Human capital management is not just about an investor’s preferences, but the pecuniary concern about the reputational and regulatory risks that companies face if they have poor labor relations. Many large asset managers already integrate ESG factors into their analysis for exactly this reason.”

Aron Szapiro, Morningstar’s director of policy research, said the final rule did not differ much from the proposal, though he thought the delayed effective date of April 30, 2022, and the removal of certain language from the rule would help plan sponsors clarify what they were supposed to do in order to comply.

“There’s nothing in here that would encourage a plan sponsor to integrate more ESG factors into their analysis, though the department does acknowledge that ESG factors can be a pecuniary factor,” he said.

The rule could still be subject to the Congressional Review Act, which allows Congress to strike down federal regulations within 60 legislative days. Should Democrats retake the U.S. Senate, it’s possible that Congress would overturn the finalized rule, though Szapiro cautioned it was by no means certain (Democrats have never used the CRA to overturn a federal regulation). The rule will fully go into effect before Inauguration Day, so a Biden administration would not have the opportunity to delay it, though it could direct the DOL to redo or retract the rule.

"I do think a Biden administration would probably want to revisit this; it’s just not the consensus in the Democratic party," Szapiro said.