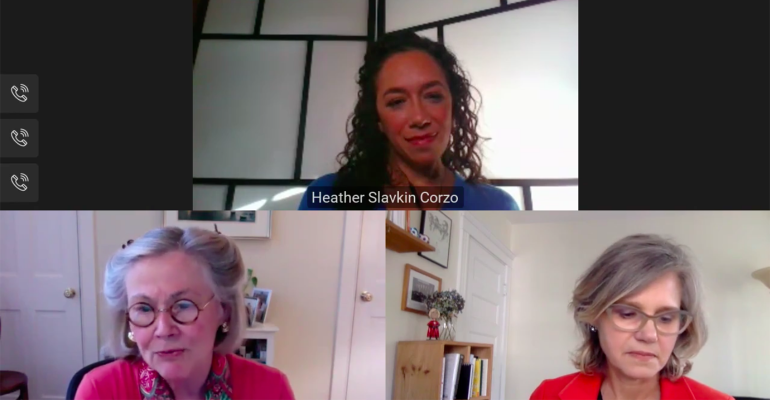 Even as the Trump administration races to finalize a rule restricting ESG investments in retirement plans, there are still a number of ways in which a Democratic win next week could reverse the decision, according to a panelist at Money Management Institute's 2020 conference.

Should Joe Biden win next week’s presidential election and become the 46th president of the United States, the new administration’s Department of Labor may put a stay on the DOL’s rule, which will effectively ban ESG-focused investments by retirement plan fiduciaries.

During a panel discussion at Money Management Institute’s annual conference held virtually last week, Heather Slavkin Corzo, the head of U.S. policy at the Principles for Responsible Investment (UN PRI), said the implementation of the rule would likely come late enough in the year that Congress could overturn it via the Congressional Review Act, which enables Congress to strike down federal regulations if enacted within 60 legislative days.

As it stands the proposal would set restrictions on bringing ESG-focused investment vehicles into private retirement plans; it would not allow investments that knowingly heighten fees, lessen returns or increase risks in order to achieve nonfinancial goals. In short, it would require plan sponsors to be able to prove they’re not sacrificing financial returns or taking on more risk with ESG investment options.

The rule was harshly criticized during the public comment period by many investment professionals; of the 229 comments from professionals, 94% were opposed to the limitations, including from significant asset management firms like BlackRock. Corzo speculated that some of these critics may sue the DOL if the rule proceeds.

“Some of these asset management firms are going to have major implications for their business models if this proposal is finalized," she said.

The rule was sent to the White House in mid-October, with the administration moving “at warp speed” to get it over the finish line, according to Bryan McGannon, director of policy and programs at US SIF, an advocacy group for sustainable investment businesses. He asserted that it often can take 18 months for rules like these to be proposed and finalized, not 4 1/2 months.

The newest proposal was the latest step in a decades-long back-and-forth between presidential administrations on regulatory guidance related to ESG investing in ERISA plans, according to Jackie VanderBrug, the head of sustainable and impact investment strategy at Bank of America. Between 1994 and 2015, the DOL issued three interpretive bulletins concerning ESG factors in retirement plans overseen by the DOL, and while it never prohibited the use of ESG factors in investment decisions, it did urge caution and indicated the investment options should be rare and limited, alongside more traditional options.

But with the growth of ESG integration in investment management, President Donald Trump earlier this year signed an “Executive Order on Promoting Energy Infrastructure and Economic Growth,” which, among other things, asked the DOL to review retirement plans subject to ERISA “in order to identify whether there are discernible trends with respect to such plans’ investments in the energy sector.” This led to the DOL’s proposed rule on ESG investing decisions.

The panelists also discussed the pros and cons of ESG investing; Alicia H. Munnell, the Peter F. Drucker professor at Boston’s College Carroll School of Management and the director at the college’s Center for Retirement Research, disagreed with using ESG investment strategies, particularly in public pension funds. She believed it was the latest iteration of active management and argued that numerous studies showed active management consistently led to lower returns.

Additionally, investors should not be led to believe that the types of investments they make could actually lead to desired social changes on gender equality or the prevention of global warming.

“That’s preposterous to me that you have big social problems like that, and you think they can be solved by stock-picking,” she said. “And it’s really kind of dangerous in some ways, because it makes people feel like they’re doing something good to actually solve global warming, and it’s really not.”

Corzo agreed that asset allocation was likely only to imbue changes at the margins, and that the broader social and environmental issues would likely demand policy solutions. But she stressed that ESG factors could be financially material to the performance of a fund as it seeks to mitigate risks stemming from environmental or social disruptions. Corzo said she was worried about the impact of a regulation that inhibits that kind of scrutiny.

“In order to know what factors are going to be financially material, you have to consider them,” she said. But if fiduciaries and investment managers see that "there may be regulatory enforcement actions brought against them for considering factors that they think could have a material impact on their fund, it’s likely to have a chilling effect on ESG integration."