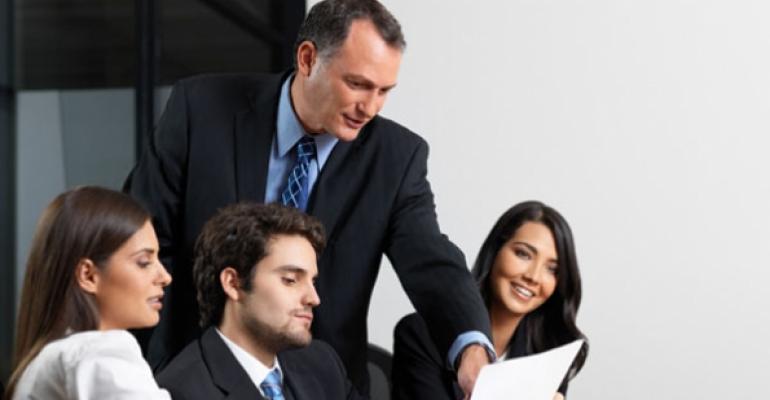 SIFMA’s Compliance and Legal Forum speakers said there were pathways for professional development that don't occur in the remote restrictions of a Zoom meeting.

As financial services firms return to the office after a year or more of remote work, legal and compliance professionals said a major benefit will be the often impromptu or casual interactions with co-workers and managers that can lead to professional development.

During a virtual panel at the Securities Industry Financial Markets Association’s (SIFMA) Compliance and Legal Forum, compliance heads from LPL Financial and Edward Jones noted their companies’ official return to the office would be after Labor Day, while Stacey Friedman, an executive vice president and general counsel at J.P. Morgan Securities, recalled J.P. Morgan Chair Jamie Dimon’s near-mandate for his firm's return to an in-person office culture (the firm previously mandated employees return to the workplace by July).

“He truly believes there’s an enormous advantage to the office culture, whether it's an apprenticeship and learning or collaboration or innovation,” Friedman said. “I learn by being able to be in people’s offices to talk about things that don’t merit a 30-minute Zoom, to ask questions that wouldn’t come up in a remote environment.”

Though many industries underwent rocky and costly transitions to remote work (if they could transition at all), the financial advisor space had a comparatively smoother move when offices went virtual after the arrival of COVID-19 and the ensuing lockdowns (some RIAs later decided to transition permanently into a remote environment).

Michelle Bryan Oroschakoff, a managing director and chief legal officer with LPL, said the firm’s offices would use four types of ‘work styles’ for employees, depending on the worker and their role, which would include full-time office or full-time virtual positions, or hybrid positions in which a person would either work part time in office with an assigned desk or would reserve one if needed.

Ellen Patterson, a senior EVP and general counsel with Wells Fargo, began her job weeks after the start of the pandemic, and stressed that some of the lessons on conducting virtual meetings should remain after workers had primarily returned to the office. She recalled the often-negative experience employees could have if they were the only individual calling in to an in-person meeting.

“How do you carry forward some of the things we’ve learned on how to behave in meetings for people who aren’t in the room?” she asked. “Because that will always be the case going forward.”

But the first step will be to get everyone back into the office who safely can do so, according to Eric Grossman, a managing director and chief legal officer for Morgan Stanley. To Grossman, the things that didn’t happen on Zoom, from casual interactions before and after work to impromptu lunches and conversations, all were “opportunities” for personal development lost when employees were fully remote. He also worried about those individuals in legal and compliance departments who continue to work in that environment even after offices reopened because they found working from home preferable.

“In a world where everyone is in the office and you’re on Zoom, or you’re the one on a conference call, you’re going to miss out,” he said. “I hope everyone takes a pause on this, and says ‘let’s get back to the office because we know that’s worked.’”

In a discussion with SIFMA President Ken Bentsen, SEC Commissioner Elad Roisman said the pandemic had clarified that people can work (and supervise others) remotely, and that regulators and industry participants alike would see their processes change. Roisman questioned whether the need for ‘wet’ (or physical) signatures or paper triplicate copies would be as important in a workplace and industry more heavily dependent on remote work.

“How can we get to the point where all this paper isn’t necessary anymore to achieve some of the compliance requirements we currently have?” he asked.