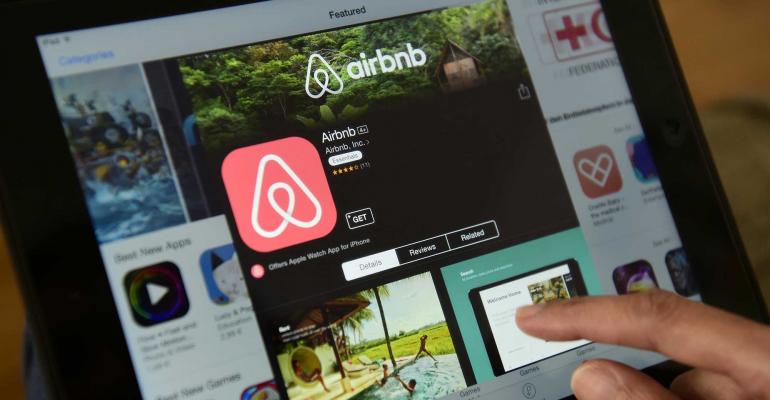 The San Francisco-based company expects more people to become hosts to bring in a second source of income as the economy slows. To help them feel safer with the prospect of renting their homes to strangers, Airbnb is expanding its identity verification process to the 35 most popular countries.

(Bloomberg)—Airbnb Inc. is rolling out new guest verification tools and offering extra support to beginner hosts in an effort to encourage more owners to list their properties on the home-rental platform.

The San Francisco-based company expects more people to become hosts to bring in a second source of income as the economy slows. To help them feel safer with the prospect of renting their homes to strangers, Airbnb is expanding its identity verification process to the 35 most popular countries. The company says that will help build trust between its 4 million hosts and their guests, who will need to identify themselves with a government ID and other information, along with a selfie. Airbnb will corroborate the information through a third-party database.

Airbnb and other online travel companies reported record revenue in the third quarter amid pent-up demand for vacations despite high inflation and rising average daily rates for accommodations. But Airbnb said it expects the pace of bookings will moderate in the last three months of the year.

“The softer the economy, the more people want to put their homes on Airbnb,” Chesky said during a press event, adding that guests will be looking for better deals.

Airbnb will help link new property owners with a more experienced “superhost” in their area to provide them with assistance in creating their listing. Superhosts who participate will get a cash reward for recruiting new hosts, who get their first booking.

The company is also deploying a new anti-party screening tool, which uses machine learning to predict listings that may be a location for unauthorized gatherings. Red flags such as a young person with a new account making a last minute reservation for a large house near their home address could lead to a listing getting blocked, Chesky said. The program will first roll out in the US and Canada and expand worldwide next year.

Airbnb formally codified a party ban this summer, which was instituted during the early days of the pandemic as a health measure, and suspended more than 6,000 guests for breaking the rule last year.