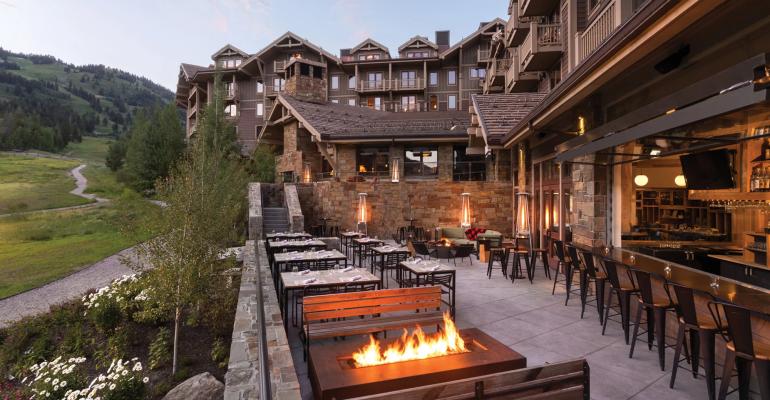 Braemar Hotels & Resorts Inc. is acquiring the Four Seasons Resort Scottsdale at Troon North, according to a statement Tuesday, which confirmed an earlier Bloomberg News report. The company will purchase the property, which sits next to an acclaimed golf course, using nearly $268 million of cash on hand.

Host Hotels & Resorts Inc., meanwhile, is in exclusive talks to acquire the Four Seasons resort in Jackson Hole, according to people familiar with that deal. The transaction could be announced as soon as this week.

A representative for Host declined to comment. A Dajia spokesperson didn’t immediately respond to a request for comment.

Dajia began exploring a sale of a trio of luxury US hotels earlier this year, Bloomberg reported. The hotels were part of a portfolio that Anbang agreed to sell in 2019 as part of a deal that ultimately fell through as the pandemic struck. Dajia took over the properties when the Chinese government restructured Anbang.

Braemar will gain a hotel set on 37 acres (15 hectares) with a spa, pickleball and tennis courts, as well as shuttles to nearby golf courses. The hotel, which opened in 1999, has had nearly $21 million in improvements since 2016 and commands an average daily rate of more than $873. The deal is expected to close in the fourth quarter, according to the statement.

--With assistance from Blake Schmidt.