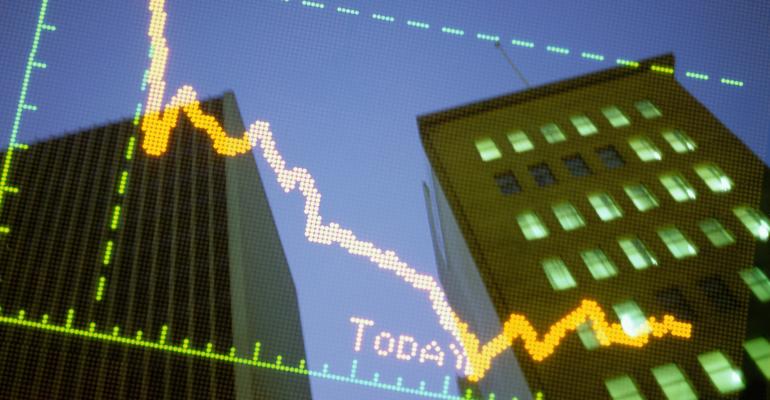 Collateralized loan obligations rated AAA have seen their average prices rise to 97.6 cents on the dollar, compared with about 97 cents toward the end of last month. That’s close to the lowest on record since the financial crisis, excluding the darkest point in the pandemic.

(Bloomberg)—Prices for the highest-rated bonds backed by leveraged loans are creeping higher in trading markets, signaling that at least some investors are snatching up securities they see as cheap, and the debt may rally further.

Collateralized loan obligations rated AAA have seen their average prices rise to 97.6 cents on the dollar, compared with about 97 cents toward the end of last month. That’s close to the lowest on record since the financial crisis, excluding the darkest point in the pandemic. For new CLOs, prices are starting to stabilize even if they’re not improving yet.

The price movement may be a blip -- or a turning point. US banks that had been cutting back on purchasing new issues for much of the year are showing signs of returning, according to Joseph Rotondo, senior portfolio manager at MidOcean Credit Partners, which routinely sells CLOs and issued one as recently as October.

“New investors are expressing interest in CLO AAA tranches. Also, banks that had exited the market earlier this year are coming back in and certain European accounts have been buying AAAs as well,” Rotondo said.

The securities were hit in September and October as UK pensions dumped them to raise money quickly for margin calls. Key Japanese lenders had also been cutting back on their demand for the securities, raising questions about which investors would step in to buy high-rated CLOs.

But to some investors, the price falls went too far, especially for new issues.

“It’s such screaming value,” said Lauren Law, a portfolio manager at Octagon Credit Investors. “The spreads are really wide for technical reasons associated with the buyer base that don’t have much to do with their actual credit quality.”

In the market for new CLO sales, Brigade Capital Management last week priced a transaction at one of the widest spreads this year in the US with the AAAs at 265 basis points above term SOFR. Others have been in a similar area. Trimaran Advisors this week priced a CLO at 250 basis points, while Redding Ridge Asset Management LLC sold the top tranche of its deal at 240 basis points.

Spreads on AAA CLOs in the new issue market are likely to follow secondary markets tighter, according to JPMorgan Chase & Co. analysts in a note this week. They see levels closer to 200 basis points above term SOFR by the end of the year from current average levels of about 220 points.

Strategists at Morgan Stanley say the tightening could continue next year, noting that the “CLO market has more than priced in the downside risks, providing a large margin of safety and attractive risk-reward profile.”