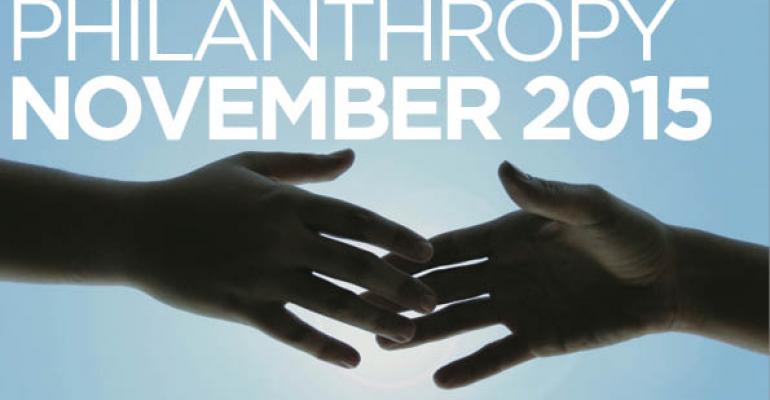 The Prevalence and Best Practices of Mega Gifts

&nbsp;Here are some steps your clients should take for substantial donations.

After five years of continued increases in charitable giving, Americans donated an estimated $358.38 billion to charity in 2014, the highest amount in 60 years, surpassing the peak last seen before the Great Recession.1 These donations included several gifts greater than $200 million and up to $2 billion.2 Relatively young technology entrepreneurs had donated the majority of these mega gifts, as exemplified by Jan Koum, the founder of the messaging company WhatsApp, who donated $556 million to the Silicon Valley Community Foundation; Sean Parker, the former Facebook president and founder of Napster, who contributed $550 million, split between his family foundation and a donor-advised fund (DAF); and Nicholas and Jill Woodman, founders of the high-tech camera company GoPro, who donated slightly more than $500 million, also to the Silicon Valley Community Foundation.3

To court these large donations, institutions have ambitiously increased their own fundraising goals, for example, the Smithsonian Institution, the University of Oregon and Florida State University have all announced campaigns to raise at least $1 billion.4 To maximize the leverage of their investment, donors have also conditioned their donation on the raising of other funds through a challenge grant. For example, Phil Knight of Nike conditioned his $500 million donation on the raising of matching funds within two years.5

While titans of industry actively negotiate their commercial transactions, they should understand that a donative gift agreement requires just as much planning and deliberation as any business contract.  Here are some steps your clients should take for substantial donations.

Before enjoying the excitement of announcing a high profile donation during a capital campaign, your clients should check with you that the timing, amount and underlying assets of the donation yield the optimal tax result for them, both for income tax deduction and transfer tax purposes. In some cases, the tax impact remains secondary to other motivations, but your client should still understand the various parameters.

High taxable income years may motivate donors to make the highest contribution possible within the adjusted gross income-based limits. For example, a hedge fund principal interested in donating a significant amount this year may consider making such a gift in 2017 instead, when income may spike, due to the obligation of recognizing certain compensation deferred through foreign entities.6

Clients with assets that have ripened in value before a taxable sale may consider donating the assets before the sale becomes final, to avoid the corresponding capital gains tax.7 By contrast, assets with high appreciation potential, but still low in current value, remain more suitable for transferring to subsequent generations by way of grantor retained annuity trusts or sales to defective trusts.

While many institutions provide a template agreement for specific gifts, your client may wish to clarify the following in advance:

Institutions have long cultivated significant gifts by naming facilities or structures after the donor who underwrote them. The menu of options has become more extensive and interactive (for example, through online floor plans9).

As demonstrated recently, however, the name posting doesn’t last indefinitely. For example, as a result of David Geffen’s $100 million donation to renovate Avery Fisher Hall, Lincoln Center renamed the building “David Geffen Hall.” Before the name change, Lincoln Center secured the approval of Avery Fisher’s family with a $15 million payment.10 (This payment may counter the general assumption that naming rights don’t result in any value received back from the charity.11)

Before any significant donation, both parties should understand and incorporate into the gift agreement the circumstances for terminating the naming rights, (for example, due to any adverse publicity). The agreement should also clarify other means of recognizing the donor with respect to the proposed gift (that is, in the charity’s annual report and website).

Mark Zuckerberg’s $100 million donation (which generated an additional $100 million of donations) to the Newark, N.J. school district exemplified a bold mega gift to solve the chronic problem of poor education. Since then, the donation has attracted significant publicity over the dissipation of funds among numerous recipients, including consultants and labor unions.12 The history of this donation provides a useful cautionary tale against flooding a particular cause with significant capital without extensive research into the landscape and motivations of all the parties affected. It also highlights the need for donors to extend the timeline of expected change for a deeply embedded problem.

Therefore, as with any investment, donors should conduct significant research on their sectors of interest and perform due diligence on their charitable partners. Those who need to claim an upfront deduction in the current year for income tax mitigation may consider a DAF, which still enables the donor to make grants in subsequent years, affording time to research and collaborate.

This investment of time differs from the “fail fast” entrepreneurial approach; however, becoming better informed on an issue enables philanthropists to take more informed risks.

—Credit Suisse Securities (USA) LLC (“CSSU”) is a registered broker dealer and investment adviser. CSSU does not provide, and nothing contained herein should be construed as, tax, accounting or legal advice; you should consult your personal accounting, tax, and legal advisors to understand the implications of any investment or donation specific to your personal financial situation. CSSU accepts no liability for losses arising from the use of the material presented.