Learn how Wealth Advisors can advise clients on philanthropy and the public good. 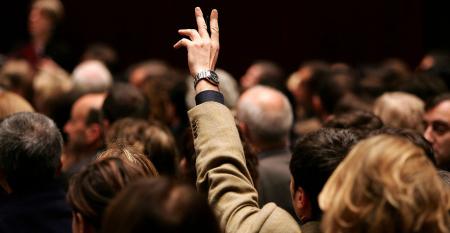 The Debate Over Deaccessioning Art Rages On
Jul 26, 2021
Is it OK for museums to sell off donated art to keep the doors open?

Do Family Foundations Need a 'Prenup'?
Jul 13, 2021
Gates Foundation announces backup plan in case Bill and Melinda can’t get along.

Pooled Income Funds Explained
Jul 06, 2021
What advisors should know about the reemergence of the pooled income fund.

Supreme Court Strikes Down California Donor-Disclosure Rule
Jul 01, 2021
California was one of four states -- along with New York, New Jersey and Hawaii -- that required charities to provide a copy of their Schedule B, a form organizations routinely file with their federal tax returns that generally provides the names...

Opinion: Attempts to Restrict DAFs May Impede Philanthropic Efforts
Jun 29, 2021
These vehicles are helpful to charities, donors and society.

Buffett Exits as Gates Foundation Trustee, Sidestepping Rift
Jun 23, 2021
Warren Buffett is one of the Gates Foundation’s three board members, alongside Bill Gates and Melinda French Gates, who...

Cryptocurrency and Foundation Minimum Distribution Requirements
Jun 21, 2021
Consistent monthly valuations can be invaluable when dealing with such a volatile asset.