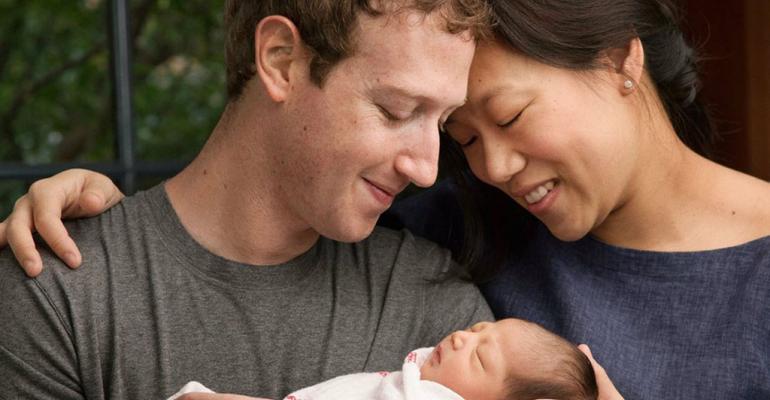 A Sea Change in High-Net-Worth Philanthropy?

The lines between business and charity, and between for-profit and nonprofit, are blurring.

Philanthropy is changing, at least among a certain class of donors and founders.

On Dec. 1, 2015, this shift was cast into stark relief when Facebook founder Mark Zuckerberg and his wife Dr. Priscilla Chan announced the creation of the Chan Zuckerberg Initiative, a new philanthropic organization, to which they pledged 99 percent of their Facebook shares. Public reaction was mixed, as the billionaire couple were simultaneously lauded as paragons of generosity and attacked as cynical manipulators of public opinion.

The reason for the controversy is that, instead of a traditional charitable vehicle, Chan and Zuckerberg have chosen to organize the Initiative as a privately held limited liability company (LLC) and aren’t seeking tax-exempt status.

Their choice is a dramatic illustration of the changes that philanthropy is currently undergoing, and it exemplifies new trends that are especially prevalent among high-net-worth founders and donors and may potentially signal a strong new current in charitable practices, if not a fundamental alteration of the status quo.

Philanthropists have varying motivations. Traditionally, these have run the gamut from pure altruism to mundane economics. Many charity founders seek good public relations for themselves or their businesses (the halo effect), the fulfillment of working on a long-term project, the creation of a lasting legacy, the opportunity for meaningful work for their children or other relatives, or simple tax savings. Peer pressure is also an issue among the wealthy, with a charitable initiative sometimes serving as a yardstick to measure oneself against peers.

While these motivations still exist, donors and founders seek to approach them in creative new ways. There’s been an increased drive to apply the techniques of tech startups and other modern businesses to the philanthropic sphere. This impulse manifests in a variety of ways.

One is a desire to use a more holistic, multi-pronged approach to problem-solving, focusing more on results than optics. This need for flexibility means that methods, goals and even mission statements can change as the founder’s (or founders’) interests, perceptions or data evolve. This approach also manifests in a willingness to try political donations and other techniques that would compromise the philanthropic imprimatur of a traditional nonprofit.

Another is through a wholehearted embrace of “social entrepreneurship,” the creation of for-profit companies that measure their own success using metrics tied to the beneficial impact of a company’s activities rather than just the bottom line.

Finally, modern philanthropists, used to overseeing every facet of their businesses, may also simply desire greater control over philanthropic activities than traditional vehicles can offer.

A charitable LLC, such as the Initiative or the Emerson Collective (run by Steve Jobs’ widow) is legally no different from a for-profit LLC. As such, it’s governed only by applicable corporate law, whereas a charity would further be subject to state nonprofit statutes (if applicable) and additional oversight by attorneys general and the Internal Revenue Service.

The mechanics for the formation and operation of the charitable LLC are fairly straightforward. The founder creates an LLC and makes a non-binding public declaration (such as Zuckerberg’s Facebook post) to use it for philanthropic purposes. Such a declaration is similar to traditional charitable pledges, which are also generally not binding. The founder can then fund (and make distributions from) the LLC at any time with near total anonymity.

This anonymity is wide-ranging. Because the LLC isn’t legally charitable, there’s no requirement to report its charitable activities to the IRS. Money can be withdrawn from the LLC at any time for any purpose with no tax consequences.

There are no restrictions on donations, investments or income and much looser restrictions on political activities than those governing charities. The donor has near total flexibility to change the LLC’s mission or projects at any time and has wide latitude to engage in self-dealing and make charitable use of the resources of any business s/he may own (this is what Google.org, a for-profit philanthropic division of Google Inc., does). And, because the promise to contribute to the LLC is unenforceable, the founder needn’t even follow through on the plan of funding the LLC at all and can unfund it at any time. The LLC’s taxable status also means that its losses can be written off against the donor’s other income.

Charitable LLCs vs. Other Vehicles

To better understand the mechanics of the charitable LLC and which clients may benefit from the use of such a structure, it would be beneficial to compare it to the more traditional charitable giving options. To this end, “Comparing the Options” lists some of the varying approaches, together with a comparison of a few of the salient features of each. Note that the chart doesn’t include public charities, which are by design more broad-based in support and offer less control to their founders.

The individual ideally suited to the advantages of a charitable LLC structure would be someone like Chan or Zuckerberg: a client who values control and flexibility, is interested in pursuing social entrepreneurship and/or political advocacy, is less motivated by traditional tax incentives (perhaps because the client will be donating a huge portion of their wealth anyway), remains fabulously wealthy even after the donation, and has great control over their income level (due to wealth being mostly in equities, for example) or will have a huge income to apply an LLC’s losses against. Or, more cynically, it might be appropriate for a client who wants the good publicity of a charity announcement but doesn’t want to actually commit their wealth to philanthropy.

Some of the traits of the charitable LLC form may be attractive to less jet-setting clients, especially the flexibility and anonymity. But absent such concerns, a more traditional vehicle is likely to offer greater overall advantages to most clients.

It remains to be seen how much the for-profit status of charitable LLCs, or their involvement in investing and politicking, will undermine the halo effect experienced by most traditional charity founders. One way to potentially avoid this adverse effect would be to found both a traditional private foundation and a charitable LLC, using the former for charitable donations and the latter for social entrepreneurship investments and political activities.

The lines between business and charity, and between for-profit and nonprofit, are blurring. If these trends continue, charitable LLCs are likely to increase in popularity. Certain clients will desire the flexibility and anonymity of a charitable LLC. Eventually, growth in this area may lead to the creation of a new vehicle, able to bridge the stark divide between “business” and “charity.”

This is an abbreviated version of the authors’ original article in the May 2016 issue of Trusts & Estates.