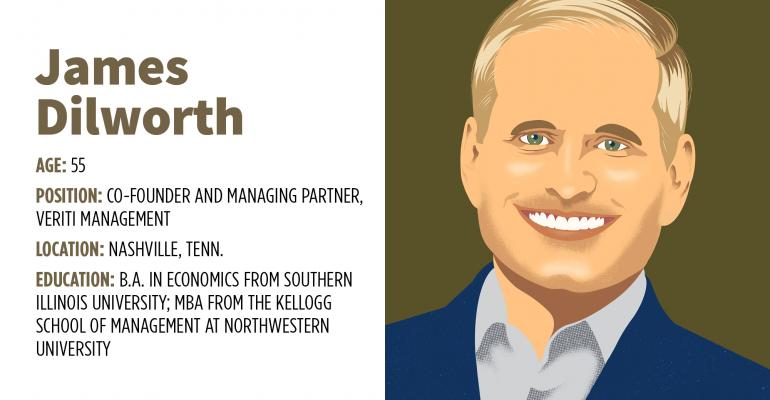 James Dilworth grew up in Chicago in a blue-collar family, the son of an electrician. Dilworth worked his way through college, but school was difficult. About halfway through, he learned that he had dyslexia, a language-based learning disability.

That was the turning point, he said, when he discovered his brain was wired to identify and solve problems, just not always the way others solved them.

“You end up being more of a scrappy, solutions-minded person, because the traditional way of doing things, at a very early age, you’re like, ‘this doesn’t work for me. I have to figure out alternate ways,’” Dilworth said.

The perspective carried over into his career in wealth management. About 3 1/2 years ago, Dilworth and colleague David Beatty, CEO of RIA Daintree Advisors, caught on to what was then a nascent trend—direct indexing. Beatty had been doing it with his clients for many years, but he and Dilworth wanted to build a better solution with the advisor in mind, one that would combine technology, values alignment and personalization. Veriti Management was born.

Since then, the direct indexing platform has been quietly growing and recently reached $1 billion in assets under management, about half of which are institutional clients and the other half advisors.

In the next couple of months, Veriti plans to roll out a new advisor portal to help streamline the investment process for advisors. Currently, Veriti interfaces directly with the advisor to handle client accounts.

Dilworth and Beatty were early entrants in a trend experiencing a recent swelling of interest. Cerulli Associates says direct indexing assets were $399 billion as of the first quarter 2020. And the firm projects the market to grow 12.4% over the next five years, faster than exchange traded funds, separate account programs and mutual funds. Total assets in the space are expected to reach $730.5 billion by 2026.

Further, some of the biggest players in asset management and financial services have bet on the space. Vanguard recently closed on its acquisition of Just Invest, a wealth management technology company with a direct indexing offering. And global investment manager Franklin Templeton announced plans recently to acquire O’Shaughnessy Asset Management (OSAM), which launched its custom indexing platform, Canvas, in 2019. Other examples include Morgan Stanley’s acquisition of Eaton Vance, which includes its Parametric business; BlackRock’s deal to purchase Aperio, which provides customized index equity SMAs; and JPMorgan Chase’s agreement to buy OpenInvest, a financial-technology firm that offers a custom indexing solution.

Dilworth says Veriti remains independently owned and does not feel the pressure to sell because it doesn’t rely on outside private equity or venture capital funding.

Veriti has grown primarily through referrals and word of mouth; it does not have a sales organization. The offering is different from other direct indexing platforms in that it does not rely on one optimization engine or one data source and works with 12 custodians.

Veriti’s minimum account size is $250,000, but Dilworth said that will decrease over time.

“I think we’re in the early stages of this mass customization movement, and I think as technology continues to improve, these tech-driven solutions will continue to shape our industry and democratize what’s been in the hands of the high-net-worth clients and institutions. And I think it’s good for everybody,” Dilworth said.