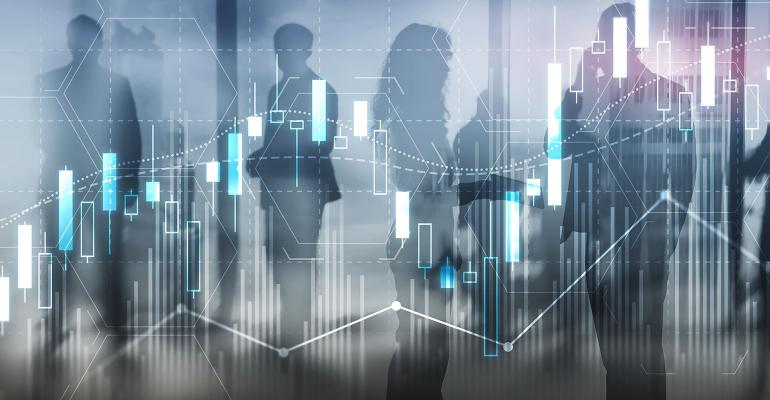 A Pivotal Year for Direct Indexing

Major asset managers made big moves in the direct indexing space in 2020. Will advisors follow along?

Several years ago, industry observers predicted that direct indexing would be the next wave of innovation to upturn the asset management industry, equal to the revolution of exchange traded funds and the rise of mutual funds prior to that.

Institutional investors have always customized their own portfolios, and separately managed accounts have long been used as an investment wrapper for wealth managers to richer clients. But for retail investors and most financial advisors, direct indexing—or tweaking an index-based portfolio around the individual needs of the client—was a small part of the investing world and few had shown an interest.

But 2020 was a pivotal year in this space. In a tidal wave of deals, some of the biggest players in asset management and financial services made broad inroads—essentially betting that the technology to create customizable portfolios for individual clients without, theoretically, abandoning the rules-based characteristics or risk profile of an index is an option that will resonate with investors.

In June, Charles Schwab completed its acquisition of Motif Investing’s technology and development staff, a move that accelerates the development of thematic and direct indexing technology at Schwab. And while not an acquisition, Fidelity put its stake in the ground last September, forming a partnership with Ethic to bring direct indexing to its registered investment advisor clients. This September, Goldman Sachs closed on its acquisition of Folio Financial’s clearing and custody platform, which has a direct indexing offering and fractional share capabilities, one of the technologies needed to bring customized SMAs to the masses.

These acquisitions are in addition to smaller players that have entered the direct indexing space in recent years, including Rowboat Advisors, Just Invest and Canvas, an investing service of O’Shaughnessy Asset Management. In a recent blog post, CEO Patrick O’Shaughnessy predicted that most advisors “will use web-based software to create and manage Custom Indexes for their clients,” by 2025.

The firms that get the strategies right will be well placed for what many see will be increased client demand for investments beyond the cookie-cutter formulas offered by traditional funds.

“These acquisitions are much more interesting than the Invesco and Oppenheimer type, and are teeing people up to have a real competitive advantage in that area of the marketplace,” said Neil Bathon, managing partner at FUSE Research Network. “I think it's going to dominate growth for the foreseeable future.”

The challenge for these providers now is to convince advisors on the benefits of the approach and increase their appetite for them. Not all advisors will be on board.

“There’s no question this is coming down the pike and at a minimum, advisors need to be competent to speak about them because their clients are going to show up and ask questions about it,” says Dave Nadig, chief investment officer and director of research of ETF Trends and ETF Database. “Even if they’re not a believer, even if they have some reason they hate direct indexing, they can’t pretend it doesn’t exist.”

The recent acquisitions suggest that asset management executives, at any rate, believe advisors and clients will be believers, not haters. At the very least, few want to be left behind as they see competitors make inroads into what may be another way to gather assets.

“This deal suggests a reversal in the relationship between manufacturers and distributors, driving better wealth management flows into low-cost, highly customizable SMA products where Eaton Vance has a clear competitive edge,” wrote UBS analyst Brennan Hawken, when the deal was announced. “SMAs are the strongest flowing products in the broker-sold channel and recent pricing innovation has driven a great deal of attention and (net new assets) into them.”

For Morgan Stanley, in particular, the move is significant as the Wall Street firm moves to bring wealth management to a broader range of clients. “This is such a big differentiator [for Morgan Stanley] in terms of retaining advisors, attracting advisors and really helping advisors grow their book,” Bathon says. “I think it clicks all the boxes off for why Morgan Stanley needs to move ahead of the pack.”

“It's a better product that has been artificially constrained because of operational limitations and advisor education, if you will. Those hurdles are being overcome and that’s why I think the Morgan Stanley/Eaton Vance deal is a stroke of genius, and people will probably be like, ‘Oh my God, how did we let this slip by?’”

Some large wealth management firms have relied on recruiting advisors to gather assets, but that may not be a sustainable strategy in the future. “Now it’s more about organic growth of their existing advisor base and trying to build out their teams, so kind of giving the best arsenal to their advisors so they can build up themselves,” says Scott Smith, director of advice relationships at Cerulli Associates. “I think in this case, it's building back a complementary business.”

According to a Morgan Stanley presentation, Parametric has grown from $195 billion in AUM in 2016 to $311 billion today. According to Eaton Vance’s website, $154 billion of that is concentrated in Parametric’s customized SMA strategies that appeal to wealthy clients due to their capacities for tax harvesting and capital preservation.

BlackRock estimates that there are some $1.7 trillion in assets in U.S. retail and wealth SMAs, growing at a clip of 15% annually; 35% among RIAs.

While direct indexing has been around for decades in the form of customized SMAs, the vehicle was long reserved for the wealthy and institutional investors. They required buying and selling whole shares, incurring high commissions and trading costs. The customization they offer was a time-consuming, clunky process for the managers, all of which make them expensive portfolios to maintain and cost-prohibitive for the mass affluent who must “make do” with mutual funds or exchange traded funds.

The current technology promises to remove those constraints. “It seems to me that [direct indexing] technology is to the point where the operational limitations to managing a properly scaled business have largely faded,” Bathon says.

In a recent report on direct indexing, Cerulli points to the disappearance of brokerage commissions, the wider use of fractional shares and increasing sophistication of algorithmic portfolio construction techniques as factors that have led to direct indexing’s move downstream.

Scott MacKillop, CEO of First Ascent Asset Management, a turnkey asset management platform, believes the recent deal activity was driven, in part, by the elimination of commissions at the major discount brokers and RIA custodians.

“You can operate these things at a much more reasonable cost than you used to be able to do,” MacKillop said. “It's been there for a long time, but people didn’t use it because it can be a fairly costly and cumbersome product if you aren’t doing it at scale.”

Direct Indexing Is Neither Direct Nor Indexing. Discuss.

While it has caught on as a marketing buzzword, many in the investment management industry say the term “direct indexing” does not encapsulate what the technology actually does. Morningstar’s Johnson posted a meme on Twitter of Saturday Night Live character Linda Richman (played by Mike Myers) saying, “Direct indexing is neither direct nor indexing. Discuss.”

“When you think about building a very broadly diversified portfolio, you’re starting with effectively what looks like a market-cap weighted index, which is why I think the word index shows up in this conversation at all,” Johnson says. “This isn’t the right name, but it’s the name that stuck.”

Johnson says it’s really “software-facilitated mass customization for the masses,” but that’s a mouthful. Bathon calls it simply “customized portfolios using SMAs,” but with a technology twist that makes them easier to use.

“The push to customization or personalization is in every other facet of investors lives,” Bathon argues. “It’s in your phone, your car, or your online banking experience, whatever else; you can do so much personalization, but funds and ETFs just aren’t wired that way. They’re there for the masses.”

Iraklis Kourtidis, co-founder and CEO at Rowboat Advisors, built the direct indexing capability for automated investment platform, or so-called robo advisor, Wealthfront in 2013. He says it took a while for the idea to mature and catch on with investors.

But the recent acquisitions are spurred, in part, less by client needs than by the wealth managers’ need to differentiate themselves, and “frankly, to justify the 1% fees that they charge.”

“In my mind, it’s just another thing that’s differentiating that you can sell as an advisor and show to your clients that you’re doing something,” he says. “So you can say, ‘We also have this mechanism where we can create this custom portfolio for you and exclude these evil stocks,’ and then it becomes a better selling proposition for the advisor.”

To be sure, the question remains whether financial advisors have an appetite for direct indexing; data around advisor-led assets in the space is hard to come by.

“It’s really easy to talk about the concept of direct indexing, the benefits of it, but when the rubber hits the road, how do you actually implement it? How much work is it? How do you monitor whether you’re adding value to that process or not?” he says. “Those are all questions that people need to ask before they dive in. And if you don’t know what you’re doing with it, or (find) using those capabilities is difficult and inefficient, then you’ve got a problem. You just made your practice worse, not better.”

After all, advisors are essentially taking a passive investment product—the index—and turning it into an actively managed portfolio, he said.

“As soon as you do that, the skill of the user becomes incredibly important because this is what we've seen in the research is that most active managers have a hard time adding any value,” MacKillop says. “If you’re an advisor and you think you can somehow add value by having customization capabilities, more power to you, but you better take a long look in the mirror and make sure you have a really good basis for stating that you do have that capability.”

MacKillop says that back when he was president of Denver-based Portfolio Management Consultants in the late 1990s, advisors realized that SMAs were a lot of work, and most of them never used the customization capabilities.

But OSAM’s O’Shaughnessy argues the demand is there. Seventy percent of the firm’s 500 accounts have unique settings, he writes. “We’d expect that percentage to rise as advisors continue to get comfortable with this new way of managing their clients’ money.”

Cerulli’s Smith believes the growth will be slow and driven almost exclusively by new assets coming into the channel.

“You’re not going to take a client that has a $5 million portfolio and flip it into something just because you think it's a little bit better,” he says. “But for new money or new clients, absolutely. But only 1% or 2% of an advisor’s assets under management is new flows, whereas most of it is just consistent AUM that’s growing by market appreciation, not new additions for any existing clients.”

Smith warns advisors that they could undermine a client’s portfolio objectives with excessive customizations.

“Any platform that's offering this is kind of putting in guardrails, I would assume, so you don’t go from 100 positions down to 15 and diverge markedly from the benchmark,” he says.

“I have heard [direct indexing] come up, but it’s not at the top of our list for the road map,” one senior executive at a large managed account sponsor told Cerulli. “I’m always trying to figure out ... is this a real macroeconomic thing or just a fad? There’s a lot of faddish stuff we don’t waste our time on.”