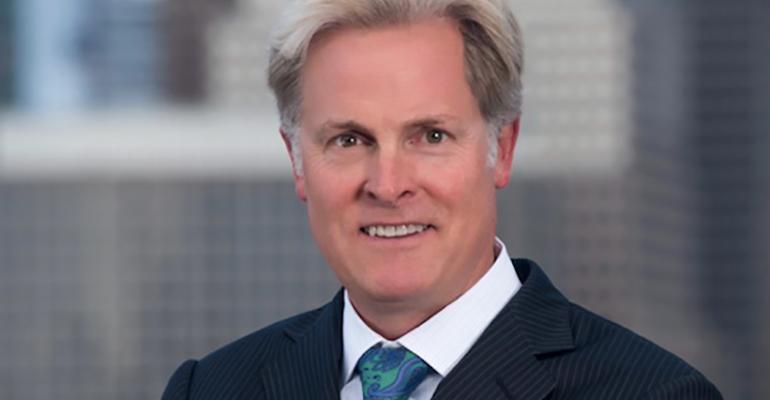 Schwab Brings In Tom Bradley to Work With Small RIAs

Registered investment advisors with $100 million or less custodied at TD Ameritrade will have a familiar face overseeing their transition to Charles Schwab Corp.’s newly merged platform.

Following Schwab’s announcement that it’s acquiring TD Ameritrade for $26 billion in an all-stock transaction, the company said it has hired Tom Bradley, the former president of TD Ameritrade’s retail and institutional businesses. As senior vice president of Schwab's Advisor Services unit, Bradley will focus on the segment of the business that serves RIAs with $100 million or below, and he'll also play a significant role in integrating the two firms' custody businesses.

“Tom knows the independent adviser space in great detail, and we’re fortunate to be able to add his depth of experience and breadth of industry relationships to our Advisor Services leadership team,” said Bernie Clark, Schwab’s executive vice president, in a statement.

Bradley, who resigned from TD Ameritrade in 2017, will start in January. He’ll report to Clark and be based out of Westlake, Texas, where the newly merged corporation will be headquartered.

Co-founder of XY Planning Network and industry leader Michael Kitces commented via Twitter on Bradley’s new role, saying he was an “incredibly popular RIA leader at TDA” and that “Schwab’s hire of Bradley is a big deal. Not just for his experience to build/scale with <$100M RIAs, but also strategically to soothe the nerves of TDA RIAs. What a monster win for Schwab.”

Mike Betz, a sales director at SS&C Advent, agreed that Bradley equals a win for Schwab.

"The biggest differences between Schwab and TDA are cultural. Having Tom join the executive table at Schwab instills confidence in TD employees that the best parts of TD may survive. And for the same reason, it's good news for RIAs. Many firms probably picked TDA at least partially for their culture; because they're not Schwab. This should be encouraging for advisors as well that perhaps at least big parts of TDA's culture of being nimble, open-access, and a little less formal," said Betz.

“Tom Bradley, he has always been loved universally—If I’m an advisor and I’m now with TD, I would feel a lot better about things than I did a week ago,” added industry technology writer, consultant and T3 conference founder Joel Bruckenstein.

The advisor who launched a private LinkedIn group off of news of the acquisition also sees this as a good move. Samuel Dedio, as he is called, created the group for advisors to pool together a list of custodian options as the uncertainty on what would happen to advisors with under $25 million was dismaying. But, Dedio says he has been "pleasantly surprised" that representatives of all the major custodians have reached out to him to gain entry into the group. He told them no; the group is exclusive to small RIAs, but he finds the interest encouraging.

"I find it interesting and encouraging that all the major custodial firms seem interested in possibly working with smaller firms again, knowing that in the past few years those major custodians have not shown great interest in the small segment ($25 million and under) of the RIA market," he said. "In fact, they have consistently raised the minimum in the past few years."

Soon after Schwab confirmed rumors that it was acquiring TD Ameritrade, smaller RIAs expressed mixed feelings. TD Ameritrade was the go-to custodian for some advisors who were too small for Schwab. While some of those advisors welcomed the Schwab name being attached to their business, there were others who felt concerned that their customer experience would be downgraded (i.e., going without individual relationship managers).

The acquisition is expected to close in mid-2020, but advisors using Schwab say they have seen changes already occurring; advisor Rene Nourse in El Segundo, Calif. said Schwab changed her relationship manager this past summer, “so they had already been in talks.”

“We had a local relationship manager and now we have been assigned someone in a different state,” Nourse said. “She’s been very engaging and she’s been working with us on how we’re going to institute non-transaction fees.” Nourse also mentioned that her firm, Urban Wealth Management, received notice that its service team at Schwab would be swapped with a new set of personnel.

Larry Luxenberg, an advisor in New York City who uses Schwab and TD, said Schwab’s service model changed a little bit and that he received more members to his coverage team.

“It was a change but it didn’t affect the work,” he said. Luxenberg is also going through changes following TD Ameritrade’s sale of its retirement plan custody and trust assets to Broadridge Financial Solutions earlier this year.