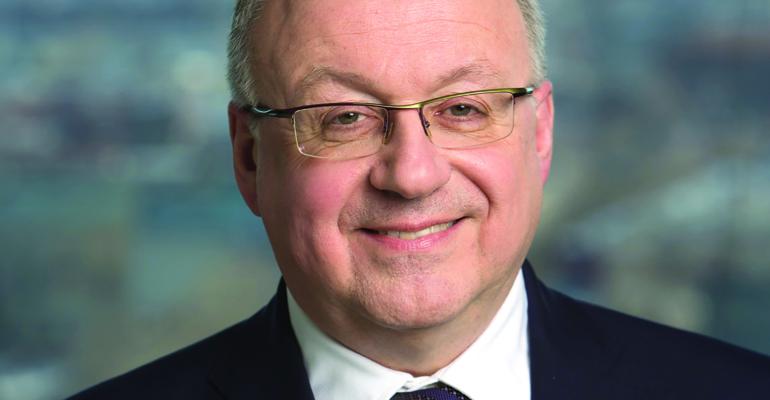 BNY Mellon Pershing announced Tuesday that Mark Tibergien, the longtime CEO of its Advisor business, will be retiring at the end of May.

Related: The Rewards and Risks of Independence: A Conversation With Mark Tibergien

According to a statement, Pershing said Tibergien led its efforts to develop a market strategy and an optimal client profile in the market; under his leadership, Pershing grew its RIA assets to over $800 billion at the close of last year.

“Mark’s unique vision and humble leadership have helped build our advisory business from the ground up and made Pershing one of the top players in the RIA custody space,” Crowley said.

A former general assignment newspaper and radio reporter and writer for a financial trade magazine, Tibergien joined Pershing in 2007. Prior to that, he was a principal at accounting and consulting firm Moss Adams.

it's unclear what role Tibergien will play in the financial services industry in the years ahead. Outside of Pershing, he is a strong advocate for financial literacy programs, underwriting a successful high school financial education program at his alma mater in the Upper Peninsula of Michigan.

Tibergien's retirement comes at a time of upheaval in the RIA industry. With Charles Schwab's announced acquisiton of TD Ameritrade, Pershing recently said it was refining its business model, focusing on smaller RIAs.

As recently as December, on the heels of the announcement of the Schwab-TD Ameritrade deal, Tibergien talked about the demise of hundreds of advisory firms, along with the growth of thousands, in what he called a period of challenge and opportunity for RIAs. He added that advisors will soon have to justify their existence in the business.

"The growth potential for our advisory business has never been better," Harrison said in a statement. "The changes in the RIA custody space are not only reaffirming our long-held strategy of focusing on growth-minded RIAs, but also creating brand new opportunities for us as the only remaining major business-to-business custodian. As we continue to align ourselves ever more closely with the way advisors want to do business, we are excited about the opportunities that lie ahead."