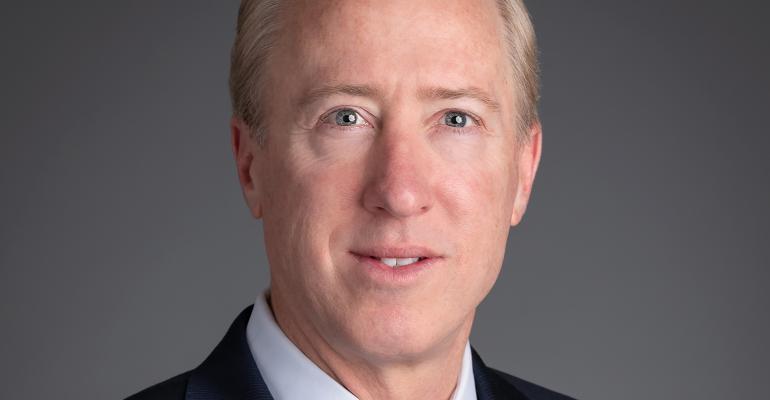 New CFP Board Chair Pledges 'Governance Review and Reform' in 2020

Jack Brod, the new chair at the CFP Board, said the review may include examining the board’s composition and revising term limits for its members.

Several months after an independent task force report recommended that the CFP Board amend several of its governance and enforcement policies, the new chair of the CFP Board said the group intends to address many of the questions raised in the report by the end of 2020. At the top of Chairman Jack Brod’s agenda is a plan to conduct a governance review and reform, which could include examining the board’s composition and revising term limits for members. Brod said the review would be "comprehensive" and that the early stages of it were already underway.

“The CFP Board has already implemented several of the recommendations that were part of the report,” Brod said. “There are others that we intend to implement but will take more time to put things in place, and there are ones that will require much more discussion and deliberation which will occur as 2020 unfolds.”

In an interview with WealthManagement.com, Brod, who retired as the head of Vanguard’s U.S. sales and distribution to RIAs, broker/dealers, and banks and has been a member of the CFP’s Board of Directors since 2017, shared his upcoming priorities in the new role, which include preparations for the upcoming compliance date for the organization’s new fiduciary standard for CFP professionals, as well as continued efforts to diversify its ranks.

But addressing the task force recommendations is his top priority. The task force, which was announced in July of last year, was established in response to a report by The Wall Street Journal alleging that the CFP Board failed to properly vet thousands of CFP professionals’ regulatory, disciplinary and criminal history, and failed to include this information on its letsmakeaplan.org site, which purports to help consumers assess regulatory histories for CFP professionals.

The task force, which was led by Denise Vogt Crawford, a member of the CFP Board’s Board of Directors, a former Texas Securities Commissioner and a former president of the North American Securities Administrators Association, wrote in its final report submitted on Nov. 6 that the revelations about the CFP Board’s enforcement procedures were not indicative of a “recent aberration.” Indeed, the same journalist at the Journal had reported on many of the same problems in the newspaper in 2013, according to the report.

“While the Task Force finds that there were significant failures in the execution of the CFP Board’s enforcement program and attendant communications to the public, we find that the primary cause for the failings that prompted the creation of the Task Force are systemic, longstanding, governance-level weaknesses, and that the problems discussed in this Report cannot be adequately addressed without commensurate governance reforms,” the report read.

The CFP Board responded to the report on Dec. 19, pledging to implement some of the recommendations. Additionally, the CFP Board announced last year it would no longer rely primarily on self-disclosure to assess certificants’ regulatory history. All certificate holders would be subject to an annual background check of publicly available information, including FINRA BrokerCheck profiles and the SEC’s IAPD database. Last year, the CFP Board handled more than 900 total investigations and opened more than 400 new ones. Additionally, in 2019 the Board completed about 6,500 background checks on candidates vying for a CFP designation.

The report made a number of additional recommendations, including increasing the number of members of the Board of Directors with experience in financial services regulation or enforcement. Brod noted that Crawford, as a Board member, has an extensive regulatory background.

According to Brod, a “reform” of the Board’s governance procedures could include a review of the board’s composition and term limits placed on Board members and the chair. (Currently, the CFP Board chair is limited to a one-year term.) He may also look at how the Board conducts enforcement and manages risk. While he said that amending term limits remained an open question, he was working closely with the prior chair, Susan John, and Chair-Elect Douglas King to ensure continuity.

“That said, we also recognize that now is a good time to step back and say, ‘is that the most optimal model’ particularly for the CFP Board as we look forward into the next five to 10 years?” he said about term limits.

Halfway through 2019, the CFP Board “brought in lots of help from outside” to assess publicly available information on CFP certificants, including BrokerCheck profiles and SEC information, in an attempt to complete the extensive amount of background checks necessary, according to Brod. With 86,378 CFP professionals as of the end of last year, mandating annual background checks would require a significant investment of time and manual effort.

“The CFP is evaluating technology and other potential solutions to be more efficient and as comprehensive as possible, but for the time being it’s a significant amount of work for staff,” Brod said. “Yet it’s one that is a priority and we’re very committed towards.”

The CFP Board is also preparing to begin enforcement of its fiduciary standard on June 30. While the Board’s new Code of Ethics and Standards of Conduct have technically been in effect since Oct. 1 of last year, the Board gave certificants until June 30 of this year to adapt policies to be in compliance after input from CFPs, firms and member associations.

According to Brod, the Board intends to keep June 30 as the enforcement date and said the Board had received positive feedback from firms about aligning the compliance date of the Board’s fiduciary standard with the SEC’s Regulation Best Interest rule, which is scheduled to go into effect on the same day.

“Progress with this topic never seems to happen as quickly as it seems like it should, but we often remind ourselves that we’re in a marathon, not a sprint,” he said. “And it’s important to approach this the right way, to approach it organically and to really coordinate efforts across the financial services industry.”