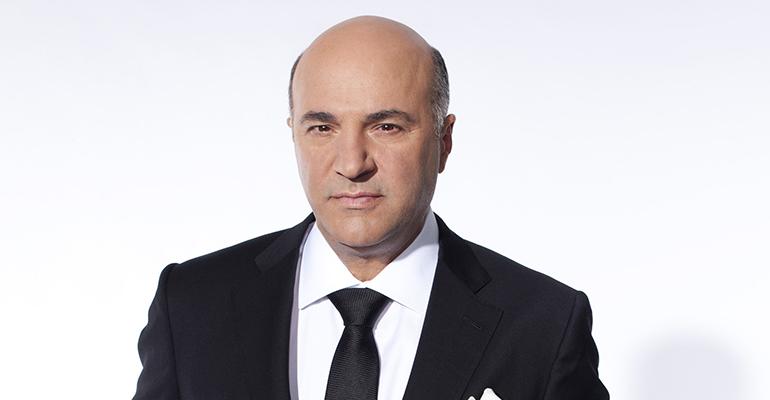 Mr. Wonderful: “The Advisory Business Is Going to Be Here Forever”

"People need a mirror, a reverse of themselves to force them to diversify. You’ll never be able to robo this,” said Kevin O’Leary of “Shark Tank” and O’Shares fame.

Most Americans know him as the outspoken Mr. Wonderful on ABC’s Shark Tank. But Kevin O’Leary is also making a name for himself in wealth management with his suite of O’Shares ETFs, launched nearly two years ago, and most recently, a new app that allows investors to buy fractional shares in stocks and ETFs.

The app is not a robo advisor by the way, which O’Leary believes won’t make flesh-and-blood advisors obsolete.

Related: Inside Smart Beta: Dig a Little Deeper Into These Products

“The advisory business is going to be here forever because people need a mirror, a reverse of themselves to force them to diversify,” he recently told WealthManagement.com. “You’ll never be able to robo this.”

What else has the Shark been up to? Along with his many ventures, he’s been busy with his wine business and writing financial literacy books. He recently campaigned to lead Canada’s Conservative Party and dropped out of the race in April.

O’Shares now has nearly $548 million in assets under management across seven products. (There are several more awaiting SEC registration.) Even a couple Sharks have invested in his funds, although O’Leary wouldn’t admit which ones.

Before his presentation at the Inside Smart Beta conference in New York, O'Leary chatted with WealthManagement.com about his own personal financial advisor, the Department of Labor fiduciary rule, his ETF strategies and even politics.

WealthManagement.com: I know you’re an ETF provider, but you’re also an entrepreneur. And those are our readers — retail financial advisors running their own business. What’s your view of the financial advice space?

Kevin O’Leary: The world is going through a lot of changes. First, let's look at the regulatory environment that affects advisors. This week, DOL rules phase one kicks in. They get more onerous over the next 12 months. One of the reasons that the ETF structure is so appealing in this new environment is it's totally transparent, totally liquid, very tax-efficient. Fees are basically 50 percent less than mutual funds. If performance is equivalent or better, obviously AUM flows for advisors are going to go into this structure. It becomes a challenge of which ones to use and which ones are appropriate for your clients.

I'm a very conservative investor. I've got a bunch of covenants I have to live under in my family trust and I built this ETF platform to accommodate this very conservative preservation mandate I've got. I have to generate 5 percent a year in perpetuity. That is not easy today. It's designed to take care of children from birth to the last day of college and then nothing. It does the same for their children. This is an extremely long-term mandate. I have to put in place a philosophy. I call it an actively managed platform that works long after my passing. That's what O'Shares are. What I've done is crystallized a philosophy in investing with a set of rules that never change — no style drift — that mines for the best balance sheets in the market, not only domestically but in small cap and internationally, and lets me sleep at night.

I own a thousand stocks now through this platform that generate almost 2.4 percent yield. So that's half my bogey, and I certainly have been getting good capital appreciation with a mandate that's very conservative in nature. That's what this is about. I think it fits the mandate that many of the financial advisory base have. When I meet with them, they have clients just like Kevin O'Leary that they're trying to take care of.

But on the fixed income side, I need an advisor that is a technician in being able to trade credits, bonds, bank loans and also a voice to challenge my assumptions. I've been working with her a long time. She's incredibly smart. She's very skeptical. I need that because I always have a lot of ideas in fixed income that I want to pursue. She’s Mrs. ‘No.’ I think she's saved my hiney many times.

People don't realize the value of an advisor like that is to force diversification on you when you can't do it yourself. People are weak. I'm weak. I love a bond. I love a credit. I like a bank loan. I want to own it. She beats me back into submission of the realities of the market, the particular attributes of that security. She forces me to think about maintaining a maximum position of 3 to 5 percent in anything with full sectoral and geographic diversification. Is she worth it? Yeah. I pay her a lot. But people don't understand: The relationship, even if it has tension, between the advisor and the investor is crucial. It always will be. You'll never be able to robo this. People walk over robos. They just change the metrics. The robo never pushes back.

WM: She's got you in individual securities?

KO: Yes. Today, our portfolio is BBB and above, go anywhere. It's a 36-month duration and it's yielding 2.6 percent. That's as good as it's going to get right now without taking inordinate risk, but what she does is decide. New paper comes to the market everyday. You have to buy new paper, usually between $3 and $5 million per trade to get any kind of efficiency in fixed income. It's very important to work with somebody that can amass a trade like that or sell one efficiently.

WM: Does she work at a big wirehouse? Is she independent?

KO: She works at a big wire.

WM: If you were building a financial advisory firm in the U.S. today, what would you do?

What intrigues me the most now, and that's because my children are of this age, is how am I going to solve for a 22-year-old that has just started working that wants to save 10 percent of their salary? The way we're structured today in the advisory business, nobody wants an account with $4,000 in it. But that's the time we need to start teaching those people how to invest because, before you know it, there's $250,000 in that account and that's when the advisory base starts to get interested. What I'm working on now is, how can I use ETFs as a platform to start financial literacy at the age of 18?

WM: You’ve launched an app to address that, correct?

KO: BeanStox. It’s an educational platform that allows you to buy fractional shares of any product. If you want to put $5 to work on your phone, you can. But over time, that platform grows. Then, at $250,000 in assets or whatever it is, I want to pass those accounts over to advisors because I'm convinced that no robo can take a person from birth to their last day of life. The advisory business is going to be here forever because people need a mirror, a reverse of themselves to force them to diversify.

WM: What’s your reaction to the DOL fiduciary rule? It went into effect this week.

KO: From this day on, we are going into a world of total transparency on fees. ‘Get over it,’ is what I tell everybody. Let's move on because now we're all going to have to sing for our supper and we add tremendous value. We force diversification on investors who can't do it themselves.

But it's not getting reversed, I can tell you that. No chance of that.

WM: Why do you say that?

KO: What politician is going to put up their hand and say I want less transparency in the market? Nobody. Not a Republican, not a Democrat, not an Independent. So it's here to stay. That's my view.

WM: What would you say is the best financial advice you've ever received?

WM: What made you get into the ETF business?

What really is the most interesting attribute about the strategy is, you basically get S&P-like returns with 20 percent less volatility but 40 percent more yield because the companies that are less levered tend to, on a company by company basis, return more capital to shareholders.

WM: And you’ve recently filed to launch some fixed income ETFs. Are you going to put your own portfolio in those funds as well?

KO: What I'm trying to do is crystallize my advisor’s philosophy into an ETF platform because she's been so successful for so long. I'm not getting rid of her, but I'm going to say, "Look, in the credit market where you're so spectacular and the rules you apply are very much like the rules I'm putting on my equities, can we work together to create an index that immortalizes you?" After all, she could be run over by a truck, not that I want that to happen. But if I could crystallize those rules, which I'm working on, I could buy credits and have different maturities, different credit qualities, but use the same philosophy. It turns out one of the most important things in fixed income and credit markets is liquidity. You need to test on that. Building an index to test for your liquidity in some ways is a new concept.

WM: Do you use any of your skills from Shark Tank to sell or create ETFs?

KO: I meet thousands of portfolio managers. I'm always saying to them, "I love what I do. I'm an investor above everything. Do you have a better idea than this? Can you show it to me? Can you outperform it? Show me your track record over the last 10 years. Can you beat OUSA?" Not easy to do.

WM: What's your future in politics? Any plans?

KO: Having done it for six months and spent millions of dollars doing it, I will say one thing that most people don't realize. I don't care whether you're running for the presidency or you're a senator or a governor, nobody can know how hard it is to campaign. You get up at 4:30 a.m. and you work until midnight. You do it six days a week. In some days, I hit six cities in one day. It's a form of sleep deprivation and exhaustion like I've never seen.

I always put politicians down as single cell amoeba, below lawyers. That's not how I feel today. They work like hell. They get paid nothing, basically, but they have a calling in their lives to serve and lead. It's just a newfound respect. I don't consider them below lawyers anymore. They have at least two cells in them.