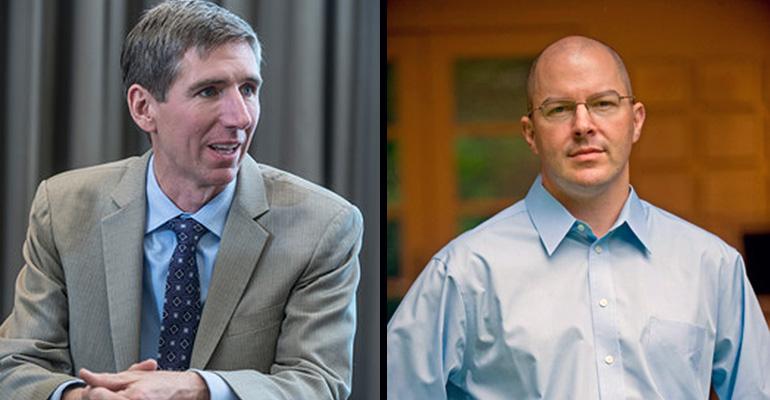 Inside Smart Beta: Dig a Little Deeper Into These Products

With the proliferation of smart beta ETFs, how should advisors go about evaluating these funds? Matt Hougan and Dave Nadig provide some ideas at the Inside Smart Beta conference.

In the last three years, about 160 new funds have been launched in the smart beta space. That’s more than one new product per week, said Matt Hougan, CEO of Inside ETFs. Speaking Thursday morning at the Inside Smart Beta conference in New York, Hougan and ETF.com CEO Dave Nadig said advisors need to look under the hood before they buy these products. They also provided some ideas for how to evaluate these funds.

Hougan said he spoke to about a dozen advisors before the conference. “They too expressed exhaustion just trying to keep up with what’s going on, trying to separate the good from the bad.”

For example, a reporter recently created a smart beta index out of every stock on her Bloomberg terminal that had “cat” anywhere in it; it gained 849,000 percent.

“What’s wrong with this? Well, it’s the same problem with picking whether or not to be in the stock market based on whether the AFC wins the Super Bowl,” Nadig said.

With the cat portfolio, there was no economic justification. Rather, most smart beta products are driven by Bayesian statistics. This is the idea that there is some phenomenon that you believe to be true; you then collect data to test the probability that your idea is true.

Advisors need to take this Bayesian approach when evaluating these funds. “If it doesn’t make logical sense, it’s going to be difficult to hang onto,” Nadig said.

Nadig analyzed the top six multifactor U.S. large-cap ETFs. All of these funds chase different factors, such as momentum, quality and size, yet they’re put into the same category. He found that their performances vary; at their broadest, dispersion of returns in one-year periods has been 10 percent.

In addition, he ran these funds through Bloomberg’s risk model to find out what the active risks were and whether the funds captured the kind of style tilts they claimed or if they were just making big industry bets. The differences were stark. The FlexShares Morningstar U.S. Market Factor Tilt Index Fund (TILT) ETF, for example, is far more explained by factor models than industry bets. The Goldman Sachs ActiveBeta U.S. Large Cap Equity ETF (GSLC), meanwhile, is making broad industry bets, so the performance is more explained by the industry.

He also looked at the factors that these funds claim to be chasing. GSLC, for example, the most popular multifactor fund we’ve seen so far, claims to be chasing value, momentum, quality, etc.

“What happens is, because of their equal weighting component, their momentum stocks are very anti-value, so they overwhelm the price-to-book of the portfolio,” Nadig said.

So it’s actually an anti-value play, despite the fact that value is in the methodology.

JP Morgan’s Diversified Return U.S. Equity ETF (JPUS) claims to follow size, momentum and quality, but then there’s a volatility overlay, where it inversely weights sectors and stocks based on volatility. It turns out that, overwhelmingly, the volatility screen drives the performance of the fund and the active risk that’s being taken.

“The point of all this is that you have to dig under the hood and you have to ask yourself how convinced you are about the strategy from the beginning,” Nadig said.

Advisors also have to look closely at funds’ implementation costs and how these drag down performance, Hougan added. Many people worry about the turnover in equal weight strategies, when in fact, the turnover in these strategies are less than quality.

With a smart beta strategy, the returns are incremental; it’s not going to crush the market. Ask ETF issuers how they tamp down implementation costs in these smart beta portfolios.

“This matters, and when you’re talking about only having a strategy that theoretically beats the market by [about] 120 basis points, these sorts of basis points saved are absolutely critical.”

Advisors should also look to be in these strategies for the long haul, Nadig said. He cited an MSCI study that suggests you need a seven-year holding period because for every four years of outperformance, there will be three years of underperformance.

“That can be a really long wait when you’re sitting in a fund that’s not performing the way you expect it to.”

Don’t try to time the market with these strategies, Nadig suggests. Investors look just as bad timing their entries and exits into these funds as they do with the broad market.

Hougan is the perfect example. He bought the PowerShares Dynamic Market Portfolio Fund, one of the first smart beta ETFs, after a period of outperformance. He captured its three-year run of underperformance, before exiting at a substantial loss.