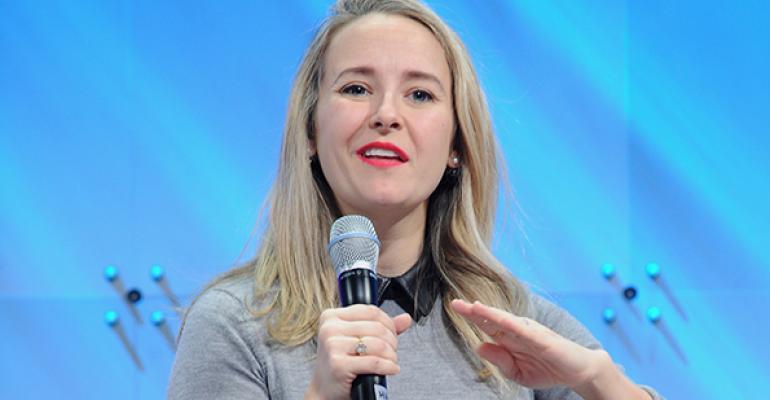 After selling LearnVest to Northwestern Mutual in 2015 and then working as the firm’s first innovation officer, von Tobel is leaving the insurance company to start a new venture.

In a letter to her colleagues, von Tobel noted the 2015 acquisition “kick-started a companywide transformation and an even more significant commitment to the client experience vision.” Although the digital financial planning services provided by LearnVest were eventually shut down to be replaced with “free financial education,” John Schlifske, CEO and chairman of Northwestern Mutual, echoed the sentiment that the fintech firm had provided a spark to the company he leads.

“I want to thank Alexa for helping us think bigger and expand our lens on innovation and our digital experience work,” Schlifske said in a memo reviewed by the Milwaukee Journal Sentinel. “We plan to continue working together in business ventures as she takes this next step that she’s chosen to pursue in the innovation space.” A spokesperson for Northwestern Mutual was not immediately available for comment.

Fintech veteran Souheil Badran is reportedly taking over von Tobel’s role. Formerly a leader at Alipay Americas, a mobile and online payment platform associated with e-commerce giant Alibaba Group, Badran will also be responsible for overseeing three of the company’s venture funds, including the Wisconn Valley Venture Fund, a collaboration with Foxconn Technology Group, Johnson Controls, and Advocate Aurora Health. Notably, von Tobel was not involved with that venture.

Although von Tobel didn’t provide details on her new venture, she said there would be opportunities to collaborate with her former employer. “This is definitely not a goodbye,” wrote von Tobel. “I love this company more than an email can communicate and will forever be invested in the success of Northwestern Mutual.”